In a Topsy-Turvy pandemic world, China offers its version of freedom

While many countries are still reeling from COVID-19, China has become one of the safest places in the world 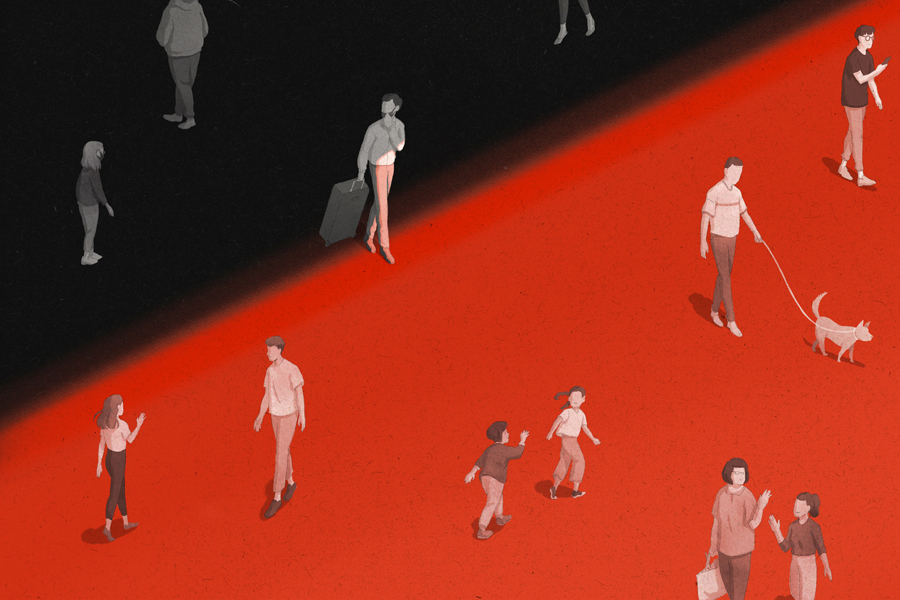 Duncan Clark’s flight was rolling down the runway in Paris in late October when President Emmanuel Macron announced a second national lockdown in France. The country had nearly 50,000 new COVID-19 infections that day. The United States had almost 100,000.

He sighed with relief. He was headed to China. That day, it had reported 25 new infections, all but one originating abroad.

Clark, a businessman and author, returned to China after spending nine months in the United States and France, his longest time away from the country since he moved to Beijing in 1994. He had been spending more time outside China over the past few years to get away from air pollution, censored internet and an increasingly depressing political environment.

But when he returned in October, he felt something new: safe, energized and free.

“The ability to just live a normal life is pretty amazing,” he said.

While many countries are still reeling from COVID-19, China — where the pandemic originated — has become one of the safest places in the world. The country reported fewer than 100,000 infections for all of 2020. The United States has been reporting more than that every day since early November.

China resembles what “normal” was like in the pre-pandemic world. Restaurants are packed. Hotels are full. Long lines form outside luxury brands stores. Instead of Zoom calls, people are meeting face to face to talk business or celebrate the new year.

The country will be the only major economy to have grown this past year. While such forecasts are often more art than science, one outfit is forecasting that the Chinese economy will surpass that of the United States in 2028 — five years earlier than previously predicted.

The pandemic has upended many perceptions, including ideas about freedom. Citizens of China don’t have freedom of speech, freedom of worship or freedom from fear — three of the four freedoms articulated by President Franklin D. Roosevelt — but they have the freedom to move around and lead a normal day-to-day life. In a pandemic year, many of the world’s people would envy this most basic form of freedom.

The global crisis could plant doubts about other types of freedom. Nearly half of voting Americans supported a president who ignored science and failed to take basic precautions to protect their country. Some Americans assert that it is their individual right to ignore health experts’ recommendations to wear masks, putting themselves and others at increasing risk of infection. The internet, which was supposed to give a voice to the voiceless, became a useful tool for autocrats to control the masses and for political groups to spread misinformation.

China’s freedom of movement comes at the expense of nearly every other kind. The country is about the most surveilled in the world. The government took extreme social-control measures at the beginning of the outbreak to keep people apart — approaches that are beyond the reach of democratic governments.

“There are actually a lot of parallels between how the Chinese government treats a virus and how they treat other problems,” said Howard Chao, a retired lawyer in California who invests in startups on both sides of the Pacific.

“It’s kind of a one-size-fits-all approach: just completely take care of the problem,” he said. “So when it comes to a virus, maybe that’s not too bad a thing. When it comes to certain other problems, maybe not such a good thing.”

Of course, the Chinese government is eager to help the world forget that it silenced those who tried to warn the world in the early days of the outbreak.

But there’s no denying that China’s success in containing the outbreak burnished Beijing’s image, especially when compared with the failures of the United States. It has given currency to the so-called China model — the Communist Party’s promise to the Chinese public that it will deliver prosperity and stability in exchange for its unrelenting grip on political power.

“In this year of pandemic, the Communist Party has provided the public a social good: stability,” said Dong Haitao, an investor who moved to Beijing from Hong Kong in August.

For Dong, China’s success gives him an opportunity to achieve financial independence.

Dong, who is setting up an asset management firm as well as a startup devoted to pu’er tea, is bullish on the Chinese economy. He believes that after the pandemic, China will have even stronger supply chains and a vibrant consumer economy driven by a young generation that is more interested in China’s traditional culture, like tea, than his generation, which grew up in the era of globalization.

Dong, who moved to Hong Kong from New York in the middle of the 2008 financial crisis, decided to leave Hong Kong because the city has felt anemic during the pandemic, while many mainland cities seem to glow with energy and hope.

“I don’t think I can find the kind of freedom I want in Hong Kong,” he said.

It isn’t clear whether this shift in perception can be sustained after the pandemic ends. But the West may find it has to work harder to sell its vision of freedom after China has made its model seem so attractive.

Clark, the business owner and author, founded a technology consulting firm in Beijing in 1994 and was an adviser to Alibaba, the Chinese e-commerce giant, in the company’s early days. Since leaving quarantine in mid-November, he has traveled to four cities and attended many events and conferences, including one with about 900 people.

“Normally, China was sort of an adventure,” he said. “But that has flipped. Something has changed in the world.”

Clark said he made the acknowledgment with mixed feelings. “You kind of want it to be not true,” he said, “but it is kind of true.”

Beijing and Shanghai are increasingly cosmopolitan, and their consumers are growing more sophisticated, he said. This month, he went to a Scottish ball in Beijing. The bagpiper was Chinese because the organizer couldn’t fly in anyone from Scotland.

China “feels a bit like the Epcot Center at Disney,” he said. “It’s like the microcosm of the West is still here, but the West is shut down at the moment.”

For Clark, being in crowds again has taken some getting used to. “If you’re talking to people at a party or something, you can’t just mute somebody if they’re annoying,” he said. At the first big event he attended, he said, he noticed somebody had really bad breath.

“I’m like, oh my God, I haven’t had to experience that for nine months because everyone was wearing masks, and you didn’t see anybody,” Clark said.

Tweets by @forbes_india
HelloVeeru: A course that's changing the digital market, one student at a time
Hundreds of Google employees unionize, culminating years of activism