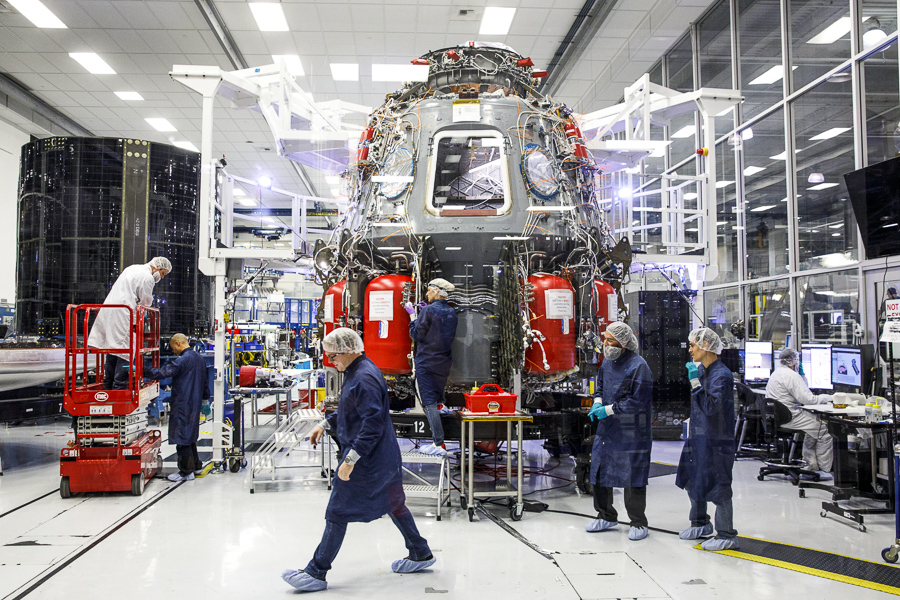 Three women who interned at SpaceX said they faced sexual harassment and unwanted advances from other interns as well as men in more senior positions across a range of workplace incidents, some of which went without punishment.

Ashley Kosak, a former intern who later became a full-time engineer at SpaceX, wrote in an essay published on the website Lioness on Tuesday that a male intern groped her in 2017 while she was doing dishes in company housing shared by interns. She also said a male colleague ran his hand up her torso in 2018 at a company event.

She reported the 2017 episode that year to her manager, she said, and the 2018 episode to SpaceX’s human resources department the day after it happened. She said she never received responses to those complaints. “Given my tenuous position at the company, I felt powerless,” she wrote in the essay.

Kosak said she reported other incidents to human resources. In one instance, she said, she used an internal tip line that was supposed to be anonymous, but after submitting the complaint, she was contacted by human resources staff who asked her questions about the reported harassment. She took a medical leave of absence last month and resigned from the company later in the month.

Kosak’s account shared similarities with accounts from other former interns at the company. The second woman commented on the record, and a third woman who interned for the company and then worked there for five years said she witnessed other instances of harassment, although she did not experience them herself. She also spoke on condition of anonymity because she signed a nondisclosure agreement. A fourth woman who says she experienced harassment also spoke to The New York Times on the condition of anonymity out of concern for her reputation with employers in the space industry.

SpaceX did not respond to requests for comment. But in an email sent to employees Saturday, Gwynne Shotwell, the company’s president and chief operating officer, said SpaceX would conduct internal and independent audits of its human resources department.

“Timely reporting of harassment is key to our maintaining SpaceX as a great place to work; we can’t fix what we don’t know,” Shotwell said in the email, a copy of which was obtained by The Times. Wishing employees a happy holiday season, she said that SpaceX will “rigorously investigate all harassment or discrimination claims and take rapid and appropriate action when we find our policy is violated.”

SpaceX has become a dominant company in spaceflight, launching many of the world’s new satellites and also routinely carrying NASA’s astronauts to the International Space Station. Earlier this year the company, which was founded by Elon Musk, was awarded a contract to build NASA’s next ride to the lunar surface.

While Musk’s tweets, media appearances and feuds with senators and regulators attract outsize attention, SpaceX highlights the work of female engineers from the company prominently in its live video streams of launches and other media coverage. Shotwell is considered essential to its success.

But in the aerospace industry broadly, men outnumber women roughly 8 to 1, according to census data compiled by Data USA. More women have been sharing stories of sexism and harassment while on the job. Women who work as interns and seek full-time jobs may be particularly vulnerable to harassment and other forms of discrimination, especially when anti-sexual harassment education is scant, as Kosak said. Human relations departments, including SpaceX’s, employees say, have not always been quick to discipline or terminate employees who have been the subject of an investigation.

Women at other space companies have also described discriminatory workplace dynamics. In September, a group of 21 current and former employees of Blue Origin, the space company owned by Jeff Bezos, wrote in an essay on Lioness that the company was rife with sexism and retaliated against those who speak up about safety issues. The company has denied the accusations.

Kosak said that she felt compelled to go public with her experience at SpaceX after seeing the essay about Blue Origin, which was written by Alexandra Abrams, the company’s former head of employee communications, who was fired by Blue Origin in 2019.

On Nov. 8, Kosak said, she met with Shotwell and Brian Bjelde, the company’s human resources chief, about her complaint against the man who she said had groped her in 2018 as well as other sexual discrimination complaints, but made no progress. “It was a meeting where I spoke at them, they spoke at me, and we all left and that was that,” she said.

When Kosak resigned Nov. 22, she said the man who touched her in 2018 was still working at SpaceX. The man’s LinkedIn profile shows he is still employed with the company.

Julia CrowleyFarenga interned for SpaceX from 2015 through 2017 while she was a student at Purdue University and the Massachusetts Institute of Technology. She accused SpaceX in a lawsuit in 2020 of retaliation after she reported uncomfortable interactions with her manager, who would schedule longer performance meetings with her than her male colleagues and repeatedly ask questions about and comment on her dating life. Another manager allowed her to transfer to a different department, she said. But when she applied for a job in 2018, the lawsuit says, she learned the second manager blocked her from getting an offer despite high performance ratings. CrowleyFarenga and SpaceX settled the lawsuit earlier this year.

The former intern who went on to work for the company for five years said she witnessed and heard about sexual harassment and inappropriate behavior. While rooming with other women during her internships in 2016 and 2017, “half of them had stories about situations that made them uncomfortable,” she said.

The fourth former intern said she, like Kosak, was harassed while living in housing offered by SpaceX for interns and employees that often put men and women together, sometimes sharing bathrooms. The company buys or rents homes and apartments near SpaceX’s launch sites, where other housing may be scarce.

“If SpaceX’s strategy is to hire all these young people, and then not provide any resources on creating an equitable workplace, they’re sort of setting themselves up for failure,” Kosak said.

Tweets by @forbesindia
Storyboard18: How Microsoft is driving accessibility for persons with disabilities
Photo Of The Day: Victory march