SPACs went up, then down, but they are not out

Special-purpose acquisition company, known as a SPAC were seen as sidestepping the rigour and regulation of a traditional public offering, with features unfavourable to small investors 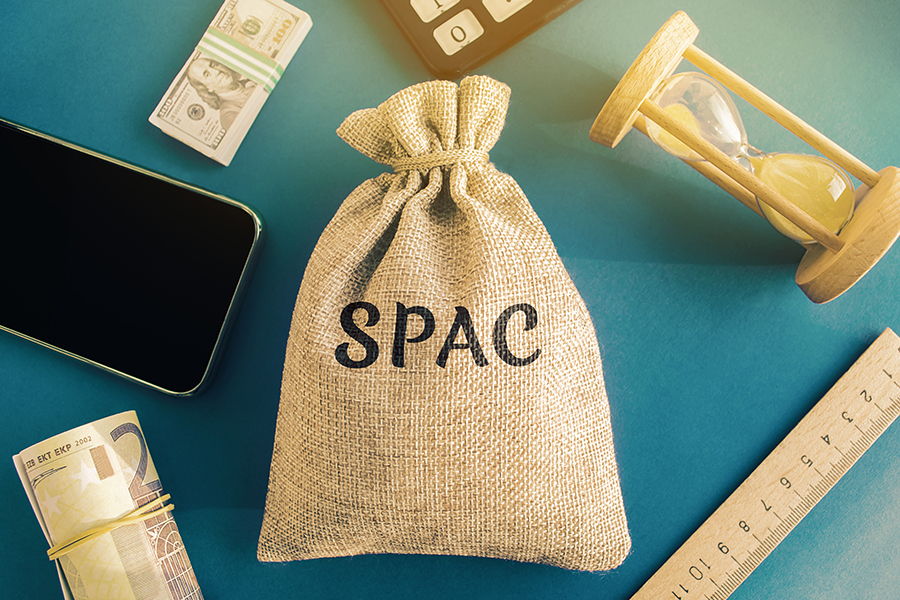 A SPAC, for the uninitiated, is a shell company set up by financial backers known as sponsors. They raise money by going public in an initial public offering, or IPO, with the promise of merging with a real company. Photo credit - Shutterstock

Back in 2015, one of my dishiest banking sources called, incredulous, with a tip about Aubrey McClendon. The disgraced energy executive, who was being sued by his own company, had found a way to raise money for a new venture: a special-purpose acquisition company, known as a SPAC.

Rarely, if ever, had this source and I talked before about SPACs, also known as blank-check firms. At the time, most of Wall Street considered these financial vehicles tainted, a last resort for desperate dealmakers who couldn’t find other ways to raise funds.

SPACs were seen as sidestepping the rigor and regulation of a traditional public offering, with features unfavorable to small investors. That gave SPACs a dodgy reputation, which explains my source’s incredulity at the McClendon venture.

We’ve come a long way since then. In the past year or so, SPACs seemed to lose their taint. More than 600 SPACs have gone public since July 2020, when the SPAC public-offering market heated up dramatically, raising about $200 billion, according to market tracker SPACInsider.

A SPAC, for the uninitiated, is a shell company set up by financial backers known as sponsors. They raise money by going public in an initial public offering, or IPO, with the promise of merging with a real company — you know, the kind that makes stuff or provides a service — within two years. (If the SPAC doesn’t identify a merger target within that time, it has to return the cash to investors.) The merger confers the public shell’s cash and stock market listing to the target firm, often with extra investment at the time of the combination, making it a newly flush public company.

But the big names, star power and seemingly easy money that threw SPACs into such vogue last year only gave the deals a temporary air of legitimacy. Recently, the malodorous whiff that once trailed SPACs has reemerged, raising doubts about their longevity.

Shares of Lordstown Motors, which merged with a SPAC in March, have cratered since a skeptical short seller’s claims led to a board investigation about inflated sales prospects promoted by its former chief executive. The electric-vehicle company now faces a dire cash crunch and investigations by securities regulators and federal prosecutors.

The founder of Nikola, another electric vehicle-maker that went public through a SPAC, was recently charged with securities fraud. Overstating the company’s capabilities and prospects are at the heart of that scandal, too.

And Momentus, a space-travel company that had planned to merge with a SPAC, settled with securities regulators in July over misleading the SPAC’s sponsors about its technology. Gary Gensler, chairman of the Securities and Exchange Commission, said Momentus was an object lesson in the risk of SPAC deals — and the importance of sponsors and their advisers doing proper due diligence of merger targets.

Gensler, who was confirmed in April, has made stricter regulation of SPACs a priority. New guidance from his agency on how merged SPACs should account for instruments called warrants, which can be converted into stock later, temporarily chilled the market in April and May as hundreds of SPAC sponsors reassessed their approach.

The SEC is investigating at least a handful of SPACs, including health care technology company Clover Health and popular online-betting site DraftKings, after questions were raised over the accuracy of their disclosures and other issues. And critics continue to argue that the terms of most SPAC deals are bad for ordinary investors. Investors are suing SPACs in rising numbers, claiming that misstatements and omissions hurt their stock prices.

Despite that, many SPAC backers — and investors — appear undaunted. Although the pace of listings has slowed, it is running much higher than before the boom began last summer. According to SPAC Research, 25 SPACs have gone public this month.

And because an IPO is only the first stage of a SPAC’s life, there are still hundreds of blank-check firms on the hunt for merger targets. More than $100 billion worth of SPAC mergers were announced in July alone, according to Dealogic, making it the second-biggest month on record in dollar terms. As of this writing, 439 SPACs are still looking for merger targets, according to SPACInsider, with more than $130 billion in the bank and the ability to add multiples more in outside investment at the time of a deal.

Even so, a CNBC index of the largest SPACs that have announced a merger is down by 32% this year. Two-thirds of SPACs that went public in 2021, most of which haven’t yet identified a merger target, are trading below their offer price, according to research by Renaissance Capital. That raises the risk of early investors redeeming their shares at the IPO price and taking back their money (with interest) after the merger is announced but before it closes, a unique feature of the SPAC model.

Redemptions, which have been rising, leave a SPAC’s merger partner with less cash than expected. To compensate, SPAC sponsors may try raise more outside funds to make up the difference or cut the price of deals to make them more attractive for investors.

Nonetheless, SPAC dealmakers say they are confident the market will work out its current kinks.

“This is a business that has rapidly matured, and now we’re going to find that proper balance,” said Olympia McNerney, who heads Goldman Sachs’ SPAC banking practice.

Goldman has already launched two SPACs, and McNerney’s team has doubled in size in the past two years.

Some SPAC sponsors are trying to make deals more attractive to mom-and-pop investors, especially by reducing the advantage that sponsors derive from the shares and warrants they get for next to nothing.

A SPAC sponsored by venture firm Ribbit Capital issued shares to its initial backers that can’t be sold until the stock of the merged entity hits a range of target prices, starting at double the IPO price.

And Ackman, whose initial SPAC transaction was scuttled by the SEC last month, had planned for his SPAC’s sponsors to pay for their warrants rather than getting them for free.

Ackman’s $4 billion SPAC, the largest of its kind, was sued last week, in a case that also questions the very nature of the SPAC model. A few days later, Ackman said that if regulators blessed a new vehicle he calls a SPARC (special purpose acquisition rights company), he would return the SPAC investors’ cash and give them the right to buy into the new company, which he said improves on SPACs’ shortcomings — namely, by not locking up investors’ funds or imposing a deadline to complete a merger.

“If you find yourself in a leaky boat, oftentimes you are better off switching boats than patching leaks to complete the mission,” Ackman tweeted.

Not All SPACs Are Bad

Despite the innovations of a few, SPACs remain risky for ordinary shareholders.

“The only reason why someone would do a SPAC is because they found a sucker,” said Tyler Gellasch, executive director of Healthy Markets, a nonprofit organization.

SPAC supporters say the transactions are an efficient way to raise public capital for growing companies while saving the time and avoiding the hassle of a traditional IPO. There will be ups and downs, but SPAC mergers will become a routine choice for some companies to go public. They also provide smaller investors with exposure to startups previously available only to professional ones, like venture capitalists.

But the latest group of SPAC sponsors may soon find that there are more of them than there are compelling companies with which to merge. And given that the two-year clock to seal a deal is ticking away, by late 2022, quite a few sponsors could be returning the capital they raised to their investors with nothing to show for it. (A version of that happened to McClendon’s SPAC, Avondale, which was shelved late in 2016 after McClendon’s sudden death.)

Gellasch believes that not all SPACs are bad, but the guaranteed remuneration for sponsors can reduce the incentive to pursue high-quality target companies, paving the way for bad outcomes.

“It seems pretty clear that SPAC merger negotiations tend to follow three rules: Don’t ask, don’t tell and don’t fight too hard,” he said. “That’s not a process that’s likely to end up with a lot of strong public companies or happy long-term investors.”