The rags-to-riches tale of a local mechanic in Kasegeran, Indonesia, inspired others in the village and now 30 odd 'YouTube stars' churn out clips ranging from simple fix-it videos to hunting for graveyard ghosts 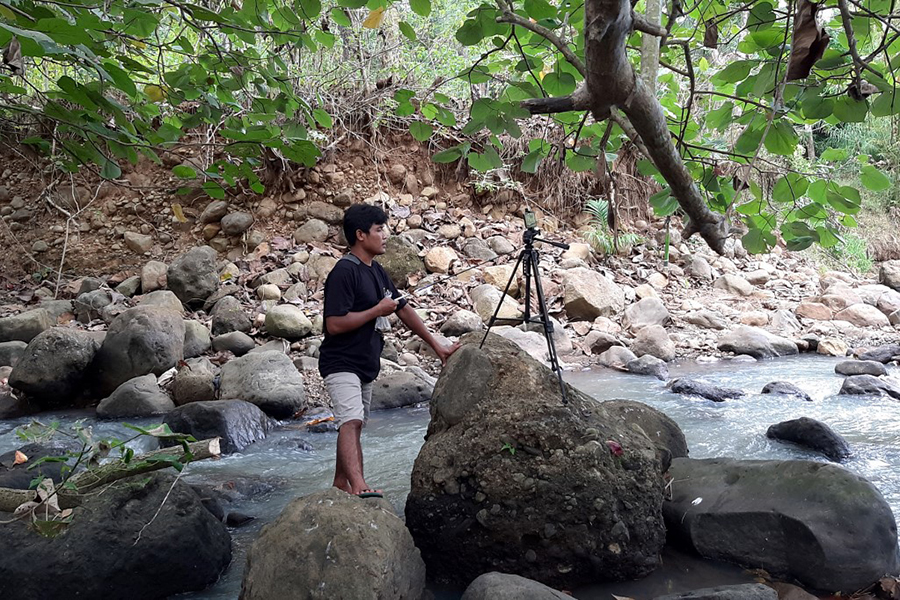 Siswanto was a down-on-his-luck mechanic until his improbable pivot to internet videos turned his neighbours into stars and vaulted his poor farming community into the limelight as Indonesia's "YouTube Village".
Image: Arbi Anugerah / AFP

Siswanto was a down-on-his-luck mechanic until his improbable pivot to internet videos turned his neighbours into stars and vaulted his poor farming community into the limelight as Indonesia's "YouTube Village".

The rags-to-riches tale begins four years ago as he struggled to keep his auto shop business afloat in Kasegeran—a remote town in Java that most Indonesians would struggle to find on a map.

He was cash-strapped and desperate for extra income to feed his growing family, but side jobs scavenging junk and soybean farming were not earning enough to pay the bills.

"But nobody watched them so I stopped," said the 38-year-old, who like many Indonesians goes by one name.

He decided that it wasn't his "fate to earn a living" that way until, one day, he was struggling to fix a customer's pricey motorbike and turned to online videos for help.

"Even as a mechanic I couldn't understand them," he told AFP. "They were too complicated."

A light bulb went off—Siswanto decided to make his own easy to follow fix-it videos.

Pawning the cellphone he shared with his pregnant wife, the mechanic upgraded and started filming non-stop.

"I was shaking and talking gibberish," he said of his early videos—but after a few years, Siswanto had built up an audience of more than two million YouTube subscribers.

He keeps up a hectic schedule with a small editing team, pumping out videos of him fixing bikes or idyllic fishing trips at a local river.

Siswanto's booming business, which he said can make his family up to 150 million rupiah ($10,000) each month, didn't go unnoticed for long in the village.

Rumours swirled that the cashed-up mechanic was dealing in black magic, and some parents barred their kids from his shop fearing they'd be sacrificed for the dark arts.

"So there was a sit down in the village meeting hall and I explained that I have this business called YouTube," Siswanto said.

"Most of them had never heard of it."

He offered free lessons to prove his story, and now at least 30 others in Kasegeran have built their own channels, some with hundreds of thousands of viewers.

These days, he films himself showing off his cooking skills or hunting for graveyard ghosts, a big hit in the Southeast Asian archipelago where supernatural beliefs are widespread.

But he didn't immediately take to the spooky job.

"I was scared to go to the cemetery even during the day, let alone at night," Tirwan said.

It's not an empty dream
The extra earnings bought a faster Internet connection for Kasegeran, helping kids take classes online after Indonesia closed its schools to fight the coronavirus pandemic.

It has also been a big boost for local pride.

"Kasegeran was the poorest village in the whole sub-district, but now we're able to compete with other villages," community head Saifuddin, who also goes by one name, told AFP.

"It's an inspiration for the young people too. They're not using their cellphones for useless things anymore. They can earn money from them," he added.

Kasegeran's homegrown heroes say there's no magic to their success.

"It's not an empty dream as long are you're willing to learn and work hard," Siswanto said.

"And you have to be consistent."

Tweets by @forbesindia
SPACs went up, then down, but they are not out
What if 'The Simpsons' were voiced by artificial intelligence?