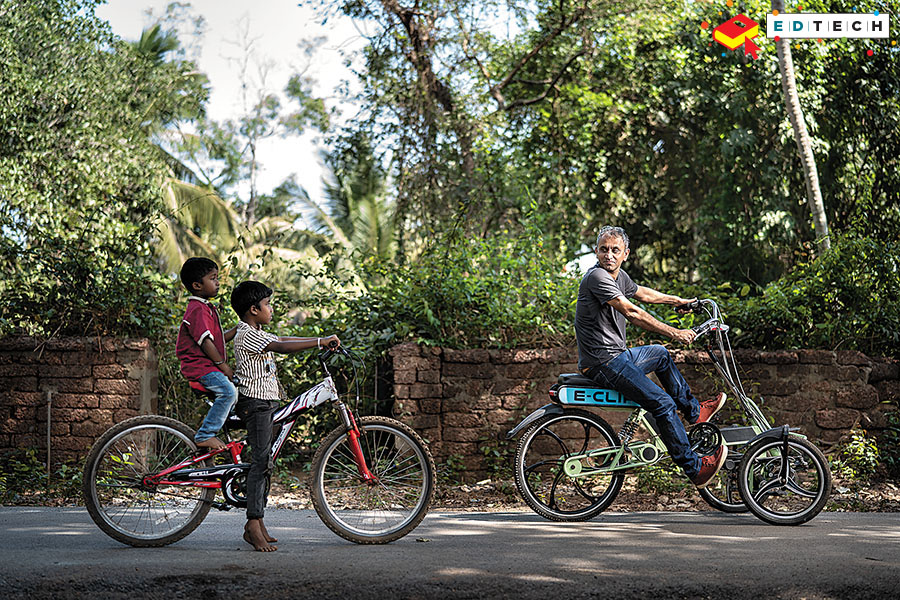 
Dinesh Godara had tried his hand, multiple times, at putting educational content online, through platforms like blogs. But each attempt had proved to be a failure. It was only in 2013 that he decided to give YouTube a shot, and put his channel wifistudy on the video sharing platform. And to stand out among the many educational channels that already existed, he decided to go with classes that were recorded in studios.

Today, Jaipur-based wifistudy is the largest education channel on YouTube in India, with 10.7 million subscribers. With more than 17,700 uploaded videos in English and Hindi, the channel covers subjects related to school-level curriculum, as also government and banking exams, and general knowledge. “Through YouTube our brand became bigger; it is the biggest source of user acquisition for us,” says Godara. In 2018, it was acquired by Bengaluru-based edtech company Unacademy.

YouTube has emerged as a powerful platform for educational content, with students and exam aspirants logging on for content that can vary from school-level subjects to curriculum for competitive exams conducted by the government and private institutions. “YouTube’s reach is way more than any other platform’s. Everyone knew YouTube and how to use it, which made the channel’s promotion better,” says Godara. “Even students with low-bandwidth internet can access YouTube.” The fact that accessing the content is free of cost also helps.

While short-form video sharing platforms such as TikTok, WhatsApp and Instagram are gaining attention for educational content, YouTube and Spotify have emerged as the preferred platforms for long-form content, since these platforms don’t place restrictions on its duration. Educational content draws the second largest number of viewers on YouTube, after entertainment, making the platform take steps to promote “edu-Tubers”. 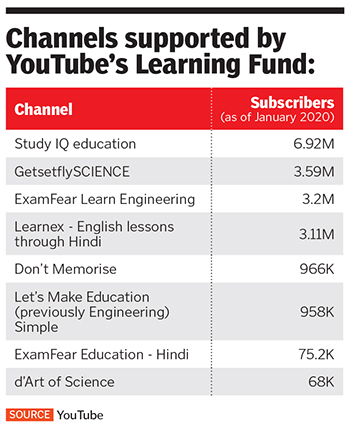 “There’s no shortcut to success. It goes beyond creating a video in 15 or 30 minutes; it’s about how you can explain what you want to explain better, so that it has an impact,” says Satya Raghavan, director, YouTube Content Partnerships, India.

YouTube has more than 265 million monthly consumers in India. “The first 100 million subscribers came from Tier 1 cities, and they consumed content mostly around entertainment. The next 100 million came from Tier 1 as well as Tier 2 and 3 cities, and they came not just for entertainment but also for information, including recipes, domestic issues or to know what’s happening in the country,” says Raghavan.

Those who log on from smaller towns and villages often don’t have access to quality educational institutes, and are able to access free content from across the world. With YouTube being the second largest search platform in the world, after Google, consumers are able to search for and find multiple informational videos on the same topic.

To help build this ecosystem of quality content, YouTube provides resources that content creators would need. The YouTube Creator Academy helps content creators learn how to best use the platform through workshops. For instance, YouTube’s Educon is a conference where education channels from across India get together for a day to learn and exchange ideas and build connections.

The YouTube Learning Fund further helps content creators by funding education channels. Creators are selected on the basis of “commitment towards the platform, the quality of the pitch, the diversity of the subjects, languages and content, and the quality of content the creator wants to make [in future],” says Raghavan. So far, eight Indian channels have received funding, including Deepak Pathania’s YouTube channel, d’Art of Science.

Goa-based Pathania, an industrial designer from National Institute of Design, started his YouTube channel d’Art of Science in July 2014 after working on science-related television shows such as FAQ on Pogo and BrainCafe on ZeeQ. “The difference between our channel and others is that our stuff is not something that will go viral,” says Pathania, whose focus is on quality, rather than the number of subscribers or views. The channel also hosts curriculum-based series, starting with Class 8 physics under the CBSE. Pathania received $5,000 from YouTube a few years ago under its science fund and has received an undisclosed amount under the Learning Fund.

Apart from funding and revenue from advertisements, YouTube provides the option of membership where consumers can pay a fee to the channel for exclusive content, advanced content, study material and certificates. Memberships on the platform start from `19 per month, and content creators can decide the different membership levels and the corresponding content.

Accessing educational content on YouTube, however, comes with its own challenges. There might be multiple videos available on the same subject, but there might be none that goes beyond the basics. Thus the scope for in-depth study can be limited. Since YouTube does not interfere with any content uploaded on its platform, there is no control on the quality of educational videos either. And, for content creators, revenue from the platform is never enough to sustain themselves. “YouTube earnings are not enough to sustain the kind of quality we want. So I still have to do other work in order to run this channel,” says Pathania.