Why China can't bury Peng Shuai and its #MeToo scandal 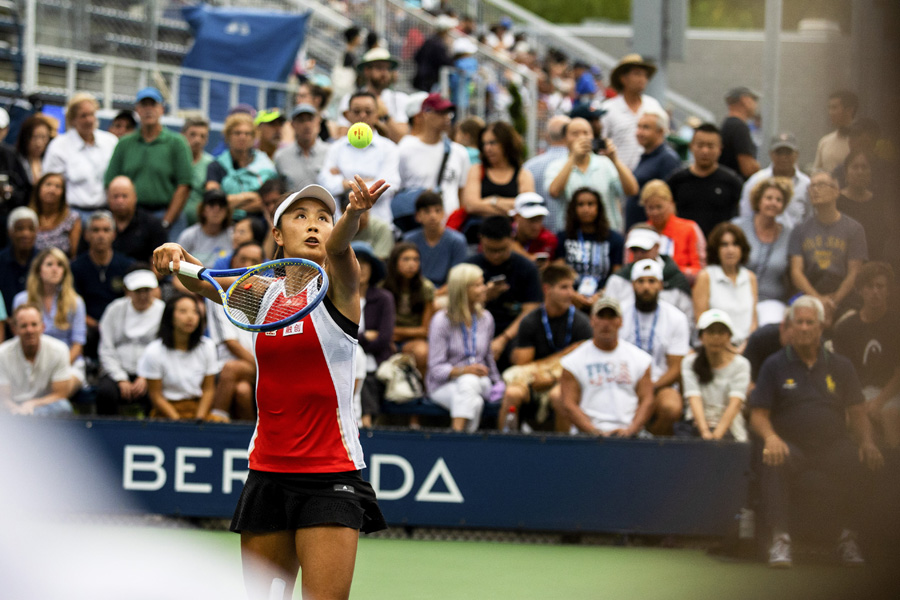 The Chinese government has become extremely effective in controlling what the country’s 1.4 billion people think and talk about.

But influencing the rest of the world is a different matter, as Peng Shuai has aptly demonstrated.

Chinese state media and its journalists have offered one piece of evidence after another to prove the star Chinese tennis player was safe and sound despite her public accusation of sexual assault against a powerful former vice premier.

One Beijing-controlled outlet claimed it obtained an email she wrote in which she denied the accusations. Another offered up a video of Peng at a dinner, in which she and her companions rather conspicuously discussed the date to prove that it was recorded this past weekend.

The international outcry grew only louder. Instead of persuading the world, China’s ham-handed response has become a textbook example of its inability to communicate with an audience that it cannot control through censorship and coercion.

The ruling Communist Party communicates through one-way, top-down messaging. It seems to have a hard time understanding that persuasive narratives must be backed by facts and verified by credible, independent sources.

In its official comments, China’s foreign ministry has mostly dodged questions about Peng, claiming first to be unaware of the matter, then that the topic fell outside its purview. On Tuesday, Zhao Lijian, a spokesman, leaned on a familiar tactic: questioning the motives behind the coverage of Peng’s allegations. “I hope certain people will stop malicious hype, not to mention to politicize it,” he told reporters.

China has grown more sophisticated in recent years at using the power of the internet to advance a more positive, less critical narrative — an effort that appears to work from time to time. But at its heart, China’s propaganda machine still believes the best way to make problems disappear is to shout down the other side. It can also threaten to close off access to its vast market and booming economy to silence companies and governments that do not buy its line.

“Messages like these are meant as a demonstration of power: ‘We are telling you that she is fine, and who are you to say otherwise?’” Mareike Ohlberg, a fellow at the German Marshall Fund, a Berlin research institute, wrote on Twitter. “It’s not meant to convince people but to intimidate and demonstrate the power of the state.”

The country’s huge army of propagandists has failed the expectations of its top leader, Xi Jinping, that it take control of the global narrative about China. But it should not take all the blame: The failure is ingrained in the controlling nature of China’s authoritarian system.

“It can make Peng Shuai play any role, including putting up a show of being free,” Pin Ho, a New York-based media businessman, wrote on Twitter.

For Chinese officials in charge of crisis management, he continued, such control is routine. “But for the free world,” he said, “this is even more frightening than forced confessions.”

One of the biggest giveaways that Peng is not free to speak her mind is that her name remains censored on the Chinese internet.

“As long as coverages about her inside and outside China are different, she’s not speaking freely,” said Rose Luqiu, an assistant professor of journalism at the Hong Kong Baptist University.

Despite the outpouring of concern about Peng’s well-being on Twitter and other online platforms that are blocked in China, the Chinese public has little knowledge of the discussions.

Late Friday night, as the momentum of the hashtag #whereispengshuai was building on Twitter, I could not find any discussion of the question on Chinese social media. Still, Peng had clearly caught the attention of politically observant Chinese. I messaged a friend in Beijing who was usually on top of hot topics and asked generally, in coded words, if she had heard about a huge campaign to find someone. “PS?” the friend guessed, using Peng’s initials.

It is hard to estimate how many Chinese people learned about Peng’s allegation, which she detailed in a post on Chinese social media this month. Her post — which named Zhang Gaoli, a former top Communist Party leader, as her assailant — was deleted within minutes. One Weibo social media user asked in a comment whether saving a screenshot of Peng’s post was incriminating. Another Weibo user, in a comment, described being too scared to share the post.

They have good reasons to be afraid. Beijing has made it easier to detain or charge people for what they say online. Many people get their social media accounts deleted for simply sharing content that the censors deemed inappropriate, including #MeToo-related content.

China cannot respond to the questions about Peng effectively because it cannot even address the problem directly.

The subject of Peng’s sexual assault allegation, Zhang, was one of the Communist Party’s most powerful officials before he retired. The party sees criticism of a top leader as a direct attack on the whole organization, so it will not repeat her allegation. As a result, the state media journalists who are trying to argue that Peng is fine cannot even refer to it directly.

For Hu Xijin, editor of the nationalist Global Times tabloid, the allegation against Zhang has become “the thing.” “I don’t believe Peng Shuai has received retaliation and repression speculated by foreign media for the thing people talked about,” he wrote on Twitter.