YouTube said it would remove videos claiming that vaccines do not reduce rates of transmission or contraction of disease, and content that includes misinformation on the makeup of the vaccines 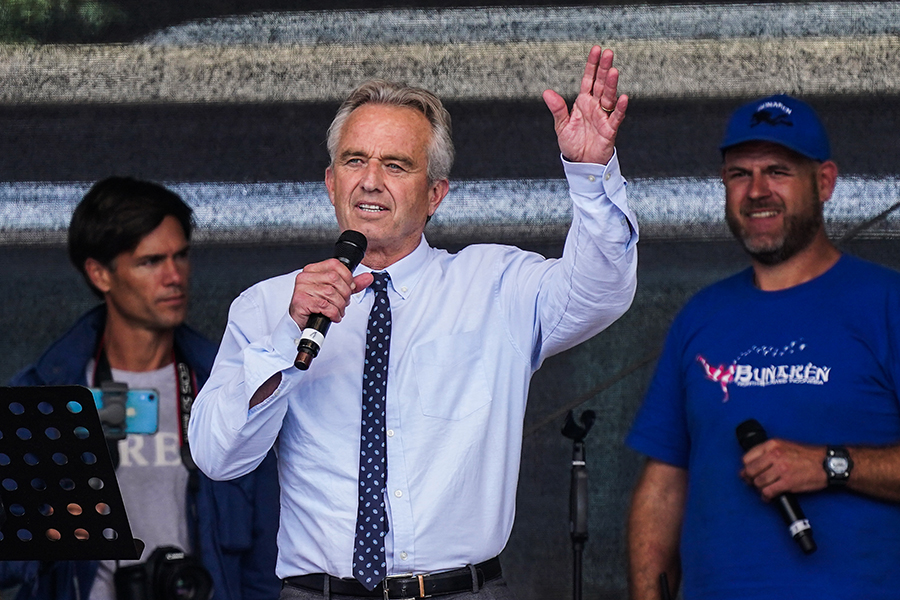 YouTube said Wednesday that it was banning the accounts of several prominent anti-vaccine activists from its platform, including those of Dr. Joseph Mercola and Robert F. Kennedy Jr., as part of an effort to remove all content that falsely claims that approved vaccines are dangerous.
In a blog post, YouTube said it would remove videos claiming that vaccines do not reduce rates of transmission or contraction of disease, and content that includes misinformation on the makeup of the vaccines. Claims that approved vaccines cause autism, cancer or infertility or that the vaccines contain trackers will also be removed.
The platform, which is owned by Google, has had a similar ban on misinformation about the COVID-19 vaccines. But the new policy expands the rules to misleading claims about long-approved vaccines, such as those against measles and hepatitis B, as well as to falsehoods about vaccines in general, YouTube said. Personal testimonies relating to vaccines, content about vaccine policies and new vaccine trials, and historical videos about vaccine successes or failures will be allowed to remain on the site.
“Today’s policy update is an important step to address vaccine and health misinformation on our platform, and we’ll continue to invest across the board” in policies that bring its users high-quality information, the company said in its announcement.
In addition to banning Mercola and Kennedy, YouTube removed the accounts of other prominent anti-vaccination activists such as Erin Elizabeth and Sherri Tenpenny, a company spokesperson said.
The new policy puts YouTube more in line with Facebook and Twitter. In February, Facebook said that it would remove posts with erroneous claims about vaccines, including taking down assertions that vaccines cause autism or that it is safer for people to contract the coronavirus than to receive vaccinations against it. But the platform remains a popular destination for people discussing misinformation, such as the unfounded claim that the pharmaceutical drug ivermectin is an effective treatment for COVID-19.
In March, Twitter introduced its own policy that explained the penalties for sharing lies about the virus and vaccines. But the company has a five “strikes” rule before it permanently bars people for violating its coronavirus misinformation policy.
The accounts of such high-profile anti-vaccination activists like Mercola and Kennedy remain active on Facebook and Twitter — although Instagram, which is owned by Facebook, has suspended Kennedy’s account.
YouTube started looking into broadening its policy on anti-vaccine content shortly after creating a set of rules around COVID-19 vaccine misinformation in October, according to a person close to the company’s policymaking process, who would speak only anonymously because he was not permitted to discuss the matters publicly. YouTube found that many videos about the coronavirus vaccine spilled over into general vaccine misinformation, making it difficult to tackle COVID-19 misinformation without addressing the broader issue.
But creating a new set of rules and enforcement policies took months, because it is difficult to rein in content across many languages and because of the complicated debate over where to draw the line on what users can post, the person said. For example, YouTube will not remove a video of a parent talking about their child’s negative reaction to a vaccine, but it will remove a channel dedicated to parents providing such testimonials.
Misinformation researchers have for years pointed to the proliferation of anti-vaccine content on social networks as a factor in vaccine hesitation — including slowing rates of COVID-19 vaccine adoption in more conservative states. Reporting has shown that YouTube videos often act as the source of content that subsequently goes viral on platforms like Facebook and Twitter, sometimes racking up tens of millions of views.
“One platform’s policies affect enforcement across all the others because of the way networks work across services,” said Evelyn Douek, a lecturer at Harvard Law School who focuses on online speech and misinformation. “YouTube is one of the most highly linked domains on Facebook, for example.”
She added, “It’s not possible to think of these issues platform by platform. That’s not how anti-vaccination groups think of them. We have to think of the internet ecosystem as a whole.”

Prominent anti-vaccine activists have long been able to build huge audiences online, helped along by the algorithmic powers of social networks that prioritize videos and posts that are particularly successful at capturing people’s attention. A nonprofit group, Center for Countering Digital Hate, published research this year showing that a group of 12 people were responsible for sharing 65% of all anti-vaccine messaging on social media, dubbing the group the “Disinformation Dozen.” In July, the White House cited the research as it criticized tech companies for allowing misinformation about the coronavirus and vaccines to spread widely, sparking a tense back-and-forth between the administration and Facebook.
Several people listed in the Disinformation Dozen no longer have channels on YouTube, including Mercola, an osteopathic physician who took the top spot on the list. His following on Facebook and Instagram totals more than 3 million, while his YouTube account, before it was taken down, had nearly half a million followers. Mercola’s Twitter account, which is still live, has over 320,000 followers.
YouTube said that in the past year, it had removed more than 130,000 videos for violating its COVID-19 vaccine policies. But this did not include what the video platform called “borderline videos” that discussed vaccine skepticism on the site. In the past, the company simply removed such videos from search results and recommendations, while promoting videos from experts and public health institutions.

Tweets by @forbes_india
Gas shortages awaken Britain to some crucial workers: Truck drivers
Readers ask: How can I gain power and influence?