A war-like situation would imply among other things, two important disruptions — suspension of civil liberties as well as economic liberties 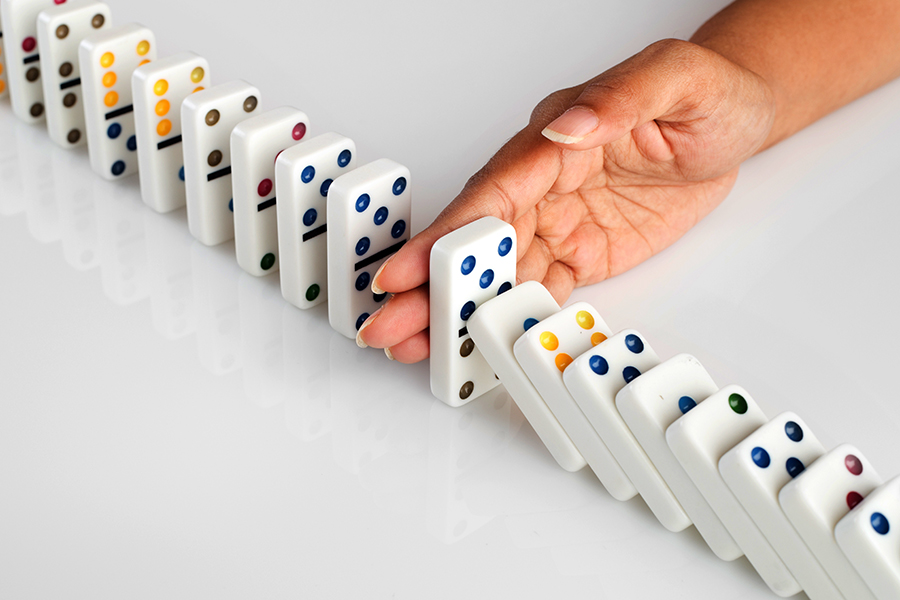 In the 19th century, the British, soon after occupying Delhi faced an unusual problem. Uncomfortable with too many cobras in Delhi, they announced monetary reward for anyone who would bring a dead cobra. Consequently, there was a rush to kill cobras and collect the reward. Soon enough, the cobra population dwindled, but to keep their income source going, people started importing cobras from other states and even  started breeding them. The British realised something wasn’t right as too many payments were being made. One fine day, they announced no more payments for dead cobras. The obvious followed; all the cobras brought to Delhi were left alone. Delhi ended up having more cobras than earlier. The story resonates now because the inability to think through a proposed solution can aggravate the problem – a classic case of unintended consequence. A lockdown that is announced to maintain social distancing, must not see thousands of individuals packed in train stations, bus stations, buses and trucks.

As India extends her lockdown, the fear of unintended consequences is real. For the lockdown to be successful the most crucial issue must be answered – how does one create the economic and social safety net for millions of individuals who stay home? Ninety percent of the labour force that is engaged in the informal sector without any formal employment contract or any social security benefit, whose economic plight if we do not address, will be desperately looking for economic activities for sustenance. The lockdown will be successful only if this population finds it secure to stay indoors.

The fact that there are no successful case studies till date could be to our advantage. Too many times, in the past, we have tried to replicate solutions that have worked elsewhere and hoped it will address our problems too. Perhaps, without a success story to emulate, we may be able to better. Our economy and society is different from most, and hence we can propose solutions that doesn’t have to live up to the standards of empirical validation from elsewhere. To get there, it is urgent that we define the problem well, remain focused and not get into rhetoric. Being in a ‘war like situation’ is one such rhetoric we must immediately avoid.

A war-like situation would imply among other things, two important disruptions – suspension of civil liberties as well as economic liberties. Suspension of civil liberties during war is often justified as criticisms may have demoralizing effect on our forces while acing as a morale booster for the enemy. SARS-CoV-2 is not a strategic thinker who will prey on our criticisms. Therefore, ideas about what can be done as well as what is unlikely to work needs to be encouraged. Individuals, NGOs, data analysts as well as a large army of AI ML experts can help the Government with innovative ideas that can have better outcomes than traditional policy responses.

The greatest benefit of not treating the current crisis as war-like can be reaped if economic liberties are not tampered with. In a war, production in sectors that are not essential for winning the war are often suspended to preserve the resources. For example, the country may want iron and steel to be used solely for producing tanks and armours and not passenger cars or furniture. Traffic movements have to be restricted so that military convoys can move smoothly. The objective of the lockdown should not be to prevent people from undertaking economic activities but to ensure that they avoid social contacts while doing so.

However, in the current scenario, blanket ban on sectors or commodities, that has no apparent extra risk of violating social distancing is dangerous, akin to carpet bombing as opposed to surgical strikes. The economic slowdown we witnessed over many quarters prior to COVID-19 outbreak was primarily because people were not buying. We certainly do not want to aggravate the problem any further by putting additional supply constraints. Putting restrictions on consumption items not only depresses production in that sector compounding the unemployment problem further, it also means lost opportunities for many who could have been part of the supply chain. For example, more shops, even those who sell outside the list of “essential commodities” could have been kept open without requiring people to come to the stores. People who otherwise were plying rickshaws, auto rickshaws or even taxis, and who currently have no means of income could have been part of the supply chain making last mile deliveries. This would have meant keeping the smaller outfits functional and keeping some more economically stable while ensuring that people did not come out to shop. Simply put, the role of the Government should be that of enabling sectors more than that of restricting operations. Rhetoric of ‘war-like’ situation completely curbs that possibility as we are witnessing now – an unintended consequence.

For us to come out of the current crisis, the economy has to remain afloat. No amount of social sector payments now will solve that. Governments may allot budget but we will always struggle with last mile delivery since Governments are more adept at macroeconomic targeting than specific intervention. In time, the economy will be ready to recover. What we do now will prepare us to grab the opportunity when it presents itself. It is important that when that opportunity arises, workers are available and invested with specific skills. With reverse migration, not only have we sent SARS-CoV-2 further into the hinterland; we have lost our preparedness for rapid recovery.

Besides dealing with the COVID-19 outbreak and making use of the time gained through lockdown to improve healthcare delivery, the coordinated emphasis should be on keeping as many economic sectors ticking as possible without compromising on social distancing, and making life more liveable and meaningful for the migrant labour in cities than arranging means to transport them back home.

Tweets by @forbesindia
Photo of the Day: America grapples with another night of protests
Asclepius Wellness - Bringing Ayurveda and abundance to your doorstep