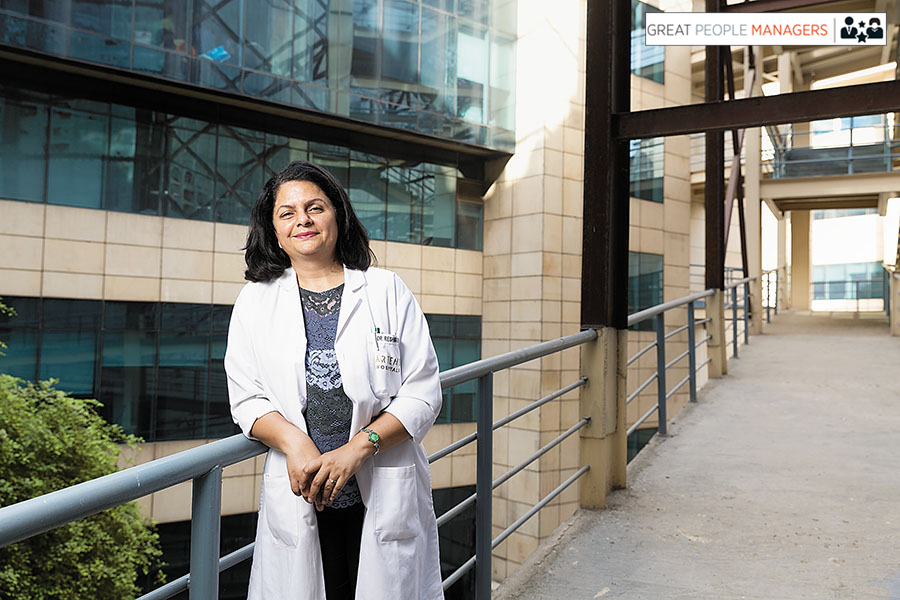 Image: Madhu Kapparath
The work can be extraordinarily strenuous and exhausting, sometimes underpaying as well as thankless. But for Reshma Tewari, it’s been a satisfying journey. Tewari heads the critical care arm of Gurugram-based Artemis Hospital, helping patients recover and getting them back on their feet.

“In critical care, the path to recovery for many is already well defined,” says Tewari. “They need dedicated care, and we do that to the best of our ability.” Tewari leads a team of 20 doctors who report directly to her and handles a 34-bed intensive care unit at Artemis. Her unit treats patients from the time of operation until they are discharged from the hospital.

“It is often very tempting to do all the work yourself,” Tewari says. “But the more challenging thing is ensuring your juniors learn to do the work, too, and take them along.” She remembers an instance a few years ago. “One of my juniors had a slightly complicated procedure to handle, a tracheostomy, and there were some problems. I rushed to the hospital to help him and made sure things turned out fine. He had a similar procedure immediately after, and his hands were shaking,” says Tewari, “but I insisted he go ahead with it. That’s the only way to get past the fear, and the procedure was successful. Today, he is extremely grateful that he did it then.” 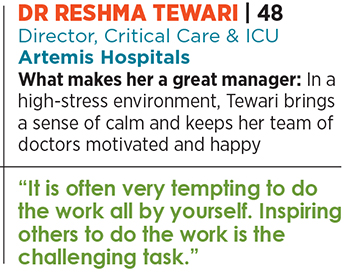 Tewari graduated from the Armed Forces Medical College in Pune in 1993, after which she enrolled in the Indian Army. She worked for five years as a short service commission medical officer and was posted in Dehradun. A few years later, she enrolled at the prestigious Army Hospital Research & Referral to do her post graduation in anaesthesiology. Soon after, she turned to critical care and began working for Fortis Hospital in Mohali before moving to Gurugram with Artemis. “At Mohali, I was lucky they had already made me in charge of a 22-bed ICU,” says Tewari who is also involved in teaching students critical care across the country.

“Sometimes, in this profession, you can lose your temper, as the stakes are very high,” says Tewari. “As managers, we come across people who may not be very good at what they do. However, as with human life, we should never write anything off. When they see that we never give up on them, they will have the confidence to learn and get rid of the fear. That’s how you build a confident team.”