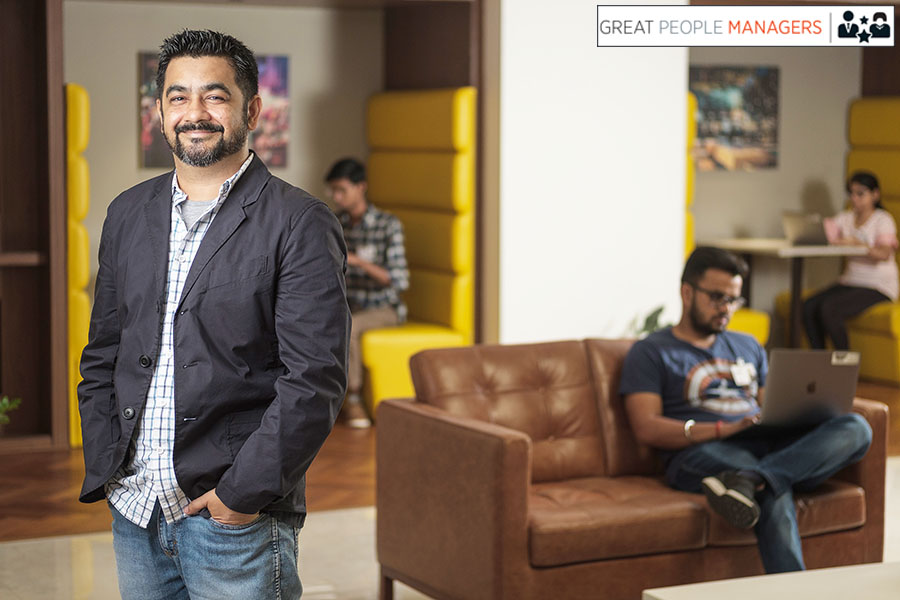 A director of engineering at Japanese ecommerce behemoth Rakuten, Arif Khan, 42, believes in spending time with his team in the trenches instead of issuing orders from a high pedestal. Khan, who had stints at IBM and Oracle before joining Rakuten’s India office in Bengaluru in mid-2016, acquired this trait from his inspirations like Alibaba founder Jack Ma or Apple’s Steve Jobs—people who came from nowhere and transformed the nature of the game.

“I always admire people who started grounds up and spent time in the trenches. I believe in things like pushing the boundary, never settling for mediocrity, questioning the status quo and staying hungry for knowledge,” says Khan.

Such principles have served Khan well. He leads a team of 24 people who dabble in blockchain technology and software services enablement, essentially building tools and technologies that power Rakuten’s business verticals. While Khan doesn’t divulge details on work related to blockchain, he says some of the projects executed by his team have helped it save costs to the tune of 30-50 percent in some cases.

Khan concedes that it isn’t easy to lead a team of young people or millennials, who seek instant gratification. Hence, as a manager, giving them time to pursue their creative pursuits, besides the day-to-day tasks, is a key component of his management strategy. That way, the team has the leeway to try new technologies or develop skills beyond what is asked of them. It keeps them motivated. 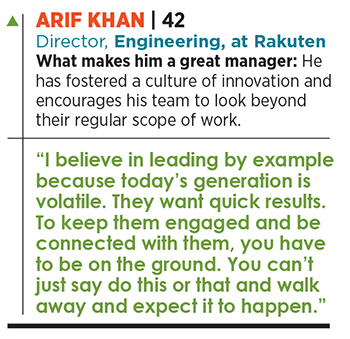 “I tell them that use 80 percent of your time for what you have been hired for and in the remaining 20 percent, you are free to pick up new technologies or develop products,” says Khan.

His team, says Khan, is assessed on metrics beyond their regular scope of work. While 70 percent of the weightage is given to what is expected of them on the job, 15 percent is allocated to what they have proactively done for the organisation, in terms of developing new tools or technologies; the rest is for enhancing personal skillsets. This approach is an amalgamation of his learnings at American companies and the Japanese firm.

“I have the best of both worlds. In Rakuten, I have learnt a lot about ownership, passion and accountability, while from the previous organisations I learnt about fostering innovation, how to sell, quick learning, etc—innovation and openness versus traditional passionate approach towards work,” says Khan.

His management style seems to be working. After all, there have been no resignations in his team in the past year.

Tweets by @forbes_india
The art (and science) of the bounce back: Organizational lessons from UVA's historic national championship
Reshma Tewari: Manager on call