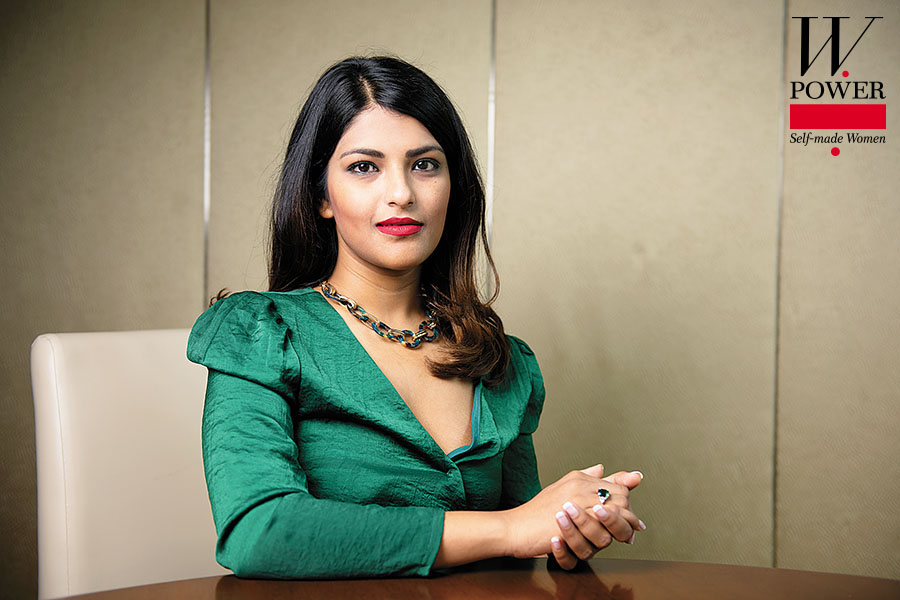 Ankiti Bose and Dhruv Kapoor brought their maiden venture Zilingo within sniffing distance of becoming a unicorn within four years of launching their company in 2015 largely by taking a few unusual and tough calls. Its gradual transition into an entity focussed on business-to-business (B2B) sales, as against the Southeast Asia-focussed fashion marketplace that Zilingo started out as, is a case in point. “Scaling down our business-to-consumer [B2C] business is definitely one of the toughest decisions we have made recently,” says Bose, co-founder and CEO.

Bose and Kapoor got chatting about a potential business at a house party in Bengaluru around 2015, when Bose worked as an investment analyst at Sequoia Capital and Kapoor was a software engineer at Kiwi Inc. They narrowed down on launching a consumer-focussed fashion marketplace. The decision was somewhat inspired by Bose’s visit to the Chatuchak market in Bangkok, a popular shopping hub that hosts thousands of small merchants who lacked the knowhow of running a business online.

In effect, Zilingo started out as a competitor to the likes of Alibaba-backed Lazada, Sea Group’s Shopee, SoftBank-backed Tokopedia, and Amazon, among others. The battle for dominance would be hard and capital-intensive.

Zilingo has since changed course. The business, in its current form, is increasingly focusing on offering a holistic service to businesses and brands, big and small, including bulk procurement, logistics and financing. This apart, there are a host of services for businesses to avail on the Zilingo platform, including tools to help them with order and inventory management, sales tracking and trend prediction.

Bose maintains Zilingo has always been more than a purely B2C platform. “Fashion is a highly fragmented industry and we witnessed first-hand the pain points of enterprises not being able to improve their margins or grow any further due to the lack of access to technology and capital. We decided to step in and help empower these businesses. We put merchants at the centre of our strategy and this helped us add value through our B2B solutions to the entrepreneurs we serve. Today we have around 75,000 businesses using our platform,” says Bose.

Bose and Kapoor essentially shunned the lure of taking their fashion startup through a roller-coaster ride of rapid scale-up, ballooning sales by incentivising consumers, and consequently, skyrocketing valuation. Instead of restricting itself to a platform that connects merchants with consumers, Zilingo chose to increasingly focus on empowering merchants to sell online, on any platform, including its rivals. Zilingo still operates the B2C platform, but more as an additional channel for the merchants to trade their goods than a direct competitor to other marketplaces.

Registering on the Zilingo marketplace is free. Businesses pay Zilingo a commission on sales and additional fees for other services offered, as per usage.

Instead of becoming a competitor to deep-pocketed businesses, Zilingo has become an enabler. “Zilingo’s B2B business connects brands with suppliers, such as fabric mills and factories, globally across the fashion supply chain. We help unlock efficiencies of 30-70 percent for merchants and consumers and optimise the supply chain via a range of services like financing and credit for manufacturers, software for quality control, and trend forecasting,” says Bose. “Zilingo’s technology platform vertically integrates different stages of the fashion supply chain, analysing thousands of data points to aggregate demand, optimise production performance, timelines and enable diversified sourcing with 6,000 suppliers in 17 countries.”

“ We put merchants at the centre of our strategy. This helped us add value through our B2B solutions.”

Bose and Kapoor’s conviction in the business model isn’t misplaced. Despite the general air of caution, a clutch of marquee investors have bought into their vision. Sequoia Capital, Bose’s former employer, Temasek, EDBI, Burda Principal Investments and Sofina have together invested about $308 million in the firm across multiple rounds, valuing Zilingo at $970 million last year.

Kapoor credits Bose with sensing the opportunity in a broken supply chain in fashion and steering the company towards fixing it. “When we kickstarted the Zilingo journey, Ankiti and I were navigating through new territories, building complex technologies and identifying the right talent to work with, among other challenges. At that time, her critical decision of affirming the need to add more value to merchants on the platform through supply chain solutions, financing and more, essentially laid the foundation to the path we took later on,” says Kapoor, co-founder and chief technology officer.

Agrees Shailendra Singh, managing director at Sequoia Capital (India) Singapore: “Ankiti is bold, driven and courageous. She learns rapidly and can quickly connect dots and back her instinct to make great decisions as an entrepreneur. She and her team have built Zilingo into a pioneering fashion supply chain company with over $200 million of revenues in a little over four years of starting up.”

Tweets by @forbes_india
India Business Leader Awards 2020: What you missed from the star-studded event
'Is There a Cure?' and answers to other Coronavirus Questions