Bill Gates has said that Google's honeymoon is coming to an end. We test the hypothesis

Why is Microsoft shooting its mouth off?
Two Stanford students Larry Page and Sergey Brin incorporated Google as a private company in 1998. Today, Google pulls in over $20 billion a year in revenue.  Google revolutionised the search engine space and forced established players like Microsoft, Yahoo and AOL to change their strategies. Yet, Microsoft executives are not impressed. Gates’ statement comes even as his company joined hands with Yahoo to ward off Google threat. Microsoft CEO Steve Ballmer, called it a “one trick pony.” That’s because over 97 percent of Google’s revenue comes from search-based advertising.

Is that a problem for Google?
Ballmer may be right, but that need not be a bad thing for Google. With over 80 percent market share globally and over 60 percent in the US, Google’s search service is its golden goose. Combined with its highly efficient AdWords programme that lets advertisers buy little text ads on search pages, every search query is like a license to print a little bit more money for Google. Citigroup analysts estimated it at roughly over Rs. 4 per search. 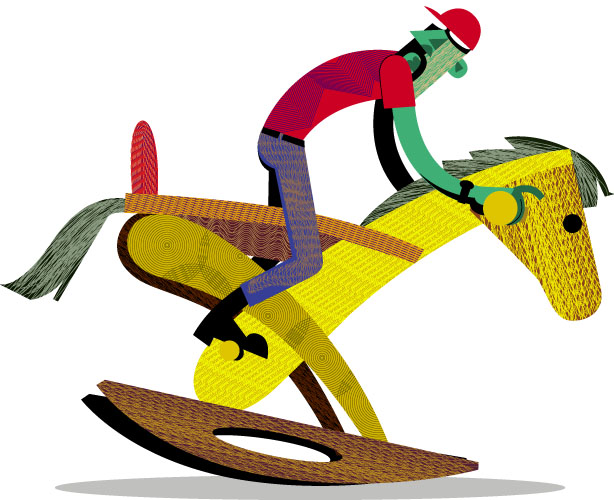 Image: Malay Karmakar
What’s the hitch then?
Google’s advertising prowess is restricted mostly to text ads. It has repeatedly failed to recreate that in other advertising forms like radio, print, TV or even banner ads on the Internet. After trying to offer radio and print advertising solutions for over three years, Google gave up on both in February this year. On the Internet, it is absent from the $4 billion market for display ads, which companies like AOL and Yahoo are concentrating on more aggressively. Since crossing $700 a share during the heady days of 2007, Google is now down to $450. And Google can face a severe backlash like they did in 2007 when online marketplace eBay pulled out from its AdWords scheme because Google held an event the same day as eBay’s annual merchant conference.
But the spending hasn’t stopped…
Google continues to spend hundreds of millions creating operating systems (Android, ChromeOS), Internet browsers (Chrome), buying book scanning rights from authors and providing free web-based services to millions. They continue to try and grow their search food chain. Most Google services are designed to generate either more ad consumers or web content. Every person who signs up for Gmail is both a new ad consumer (when they click on ads) and a source for new content via emails. Content means ads. That is why Google is paying $125 million to the Author’s Guild for scanning millions of out of print books.
‘Search’ing For another hit
Virtual world Lively, people-powerd Q&A service Answers, micro-blogging sites Jaiku and Dodgeball, radio ad service AdSense for Audio have been discontinued. Social network Orkut is just about middling along, its popularity high only in Brazil and India. PayPal rival Checkout and Internet browser Chrome are still trying to find their audience. And Google’s popular services don’t add to revenues. YouTube, Google News and Gmail (its market share is a mere 5 percent) eat up millions but don’t give results.
Missing a trick
Google may be the Godzilla of the Internet, but it is only one among many players when it comes to mobile phones. There are over four billion mobile connections worldwide, compared to just over one billion PCs. With Internet access available on even entry level mobile phones, there are soon going to be a large number of mobile Internet users too. But on the mobile phone, with its cramped keypads and small screens, people behave differently than they do on the Internet. Not only do mobile users query search engines less frequently, there is also not enough space for Google to display multiple text ads. The ones that figured out how best to create and serve mobile ads are way ahead of Google, though lesser known, like AdMob, Millennial Media and Quattro.
Changing the rules of some games
Nonetheless Google still deserves kudos for aggressively innovating within even established spaces, and in the process providing users with engaging services free of cost. Google News aggregated millions of articles across media outlets so consumers didn’t need to visit tens of news sites everyday. Gmail literally did away with storage limits while bringing in a highly user-friendly experience in the supposedly mature webmail space. Google Maps allows anyone with a computer or mobile phone to figure out destinations, places of interest and routes in a jiffy.

(This story appears in the 28 August, 2009 issue of Forbes India. To visit our Archives, click here.)