Insider trading isn't a sure gamble as many assume. It is a multi-faceted genie that nobody has a hang of, even its practitioners. Ask yesterday's hedge fund star Raj Rajaratnam

It’s Unfair
In the markets, everyone should have equal information. Those with early access to information will have an unfair advantage in making money. So, the regulator wants to be strict with inside traders. But as Girish Vanvari and Chirag Shah of KPMG argued in a Business Line article, it is impossible for SEBI to curb it given the volume of fresh equity coming into the markets.

It’s Not Manipulation
Ajay Shah, an economist, states in one of his columns, “Insider trading is often equated with market manipulation, yet the two phenomena are completely different. Manipulation is intrinsically about making market prices move away from their fair values; manipulators reduce market efficiency. Insider trading brings prices closer to their fair values; insiders enhance market efficiency”. 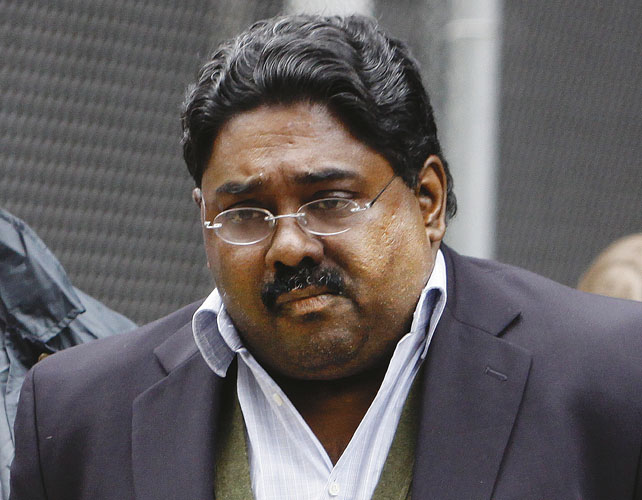 Image: Brendan McDermid/Reuters
Insider trading is often equated with market manipulation, yet the two phenomena are completely different
More is Good
Economic scholar Milton Friedman believed that buying and selling stocks, which acts on the price, itself is information to the market. Many propose that market professionals like securities analysts and fund managers be allowed to trade on inside information, as it would create more liquidity in securities markets and stimulate competition in the acquisition of information.
It Doesn’t Matter
The Efficient Market Hypothesis (EMH) states that markets are efficient and reflect all known information in the price of the stock. Markets can be outperformed only through luck; no amount of extra information will help.
A Dull Blade
Insider information does not work for large funds as it is difficult for fund managers to get high quality information on every investment. However, if it is a small fund with just a few investments, insider information can really boost it. But chances are, nobody is going to give them any information, as given the larger scale of the market, they don’t matter.
Some Gainers…
Insider trading has worked very well for some. In the mid 80s, Ivan Boesky, an arbitrageur, made $200 million by betting on corporate takeovers. Boesky operated through tips received from insider informers that he had developed across corporate America. It’s another matter that he did jail time two years for that and was barred from trading ever after.
…And Losers
Despite having insider knowledge about firms, Galleon Group founder Raj Rajaratnam lost money. A New York Times report said, “One bad trade, in the shares of the chip maker Advanced Micro Devices, cost his hedge fund ... $30 million. That loss more than wiped out the profits that prosecutors claim Mr. Rajaratnam and his accomplices reaped.”
Vulnerable Assets
The prices of illiquid assets could be affected hugely. These include over the counter products like collateral debt obligations or credit derivative swaps. They are controlled by just a few players, so the biggest among the lot could gain through insider trading. Similarly, insider trading could thrive in countries like Russia where a few powerful people control much of the information.

Tweets by @forbes_india
A Dry White Season
Amazon's Kindle, Books You could read and War Blogs