Rethinking business strategy in the age of AI

For the first time in 100 years, new technologies such as artificial intelligence are causing firms to rethink their competitive strategy and organizational structure, say Marco Iansiti and Karim R. Lakhani, authors of the new book Competing in the Age of AI 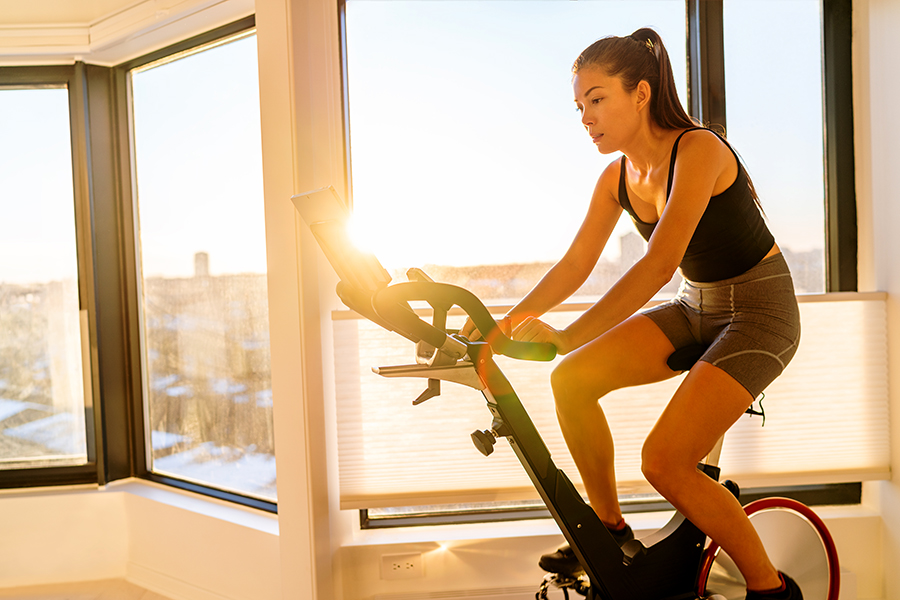 
John Foley was irritated with his local gym. He was constantly getting elbowed out of his favorite spin classes as other cyclists snapped up spots in sessions led by the most popular instructors.

Foley’s frustration inspired him in 2012 to found Peloton, whose $2,200 stationary bicycles with integrated 21-inch tablet computers have become a fitness sensation. For $39 per month, Peloton offers access to live-streamed classes where members can track their performance on a leader board, virtually connect with fellow classmates, and hear instructors call out their achievements.

Foley transformed a traditional business—the gym—into an $8 billion digital offering that pulled in more than $700 million in revenue during the last fiscal year. Foley credits the magic of today’s technology, including software, data, and communication networks, for the basis of Peloton’s success.

“We see ourselves more akin to an Apple, a Tesla, or a Nest, or a GoPro—where it’s a consumer product that has the foundation of sexy hardware technology and sexy software technology,” he is quoted in a book published today, Competing in the Age of AI: Strategy and Leadership When Algorithms and Networks Run the World.

The book’s authors, Harvard Business School Professors Marco Iansiti and Karim R. Lakhani, say Peloton is just one example of how digital technologies such as analytics and artificial intelligence (AI) are fundamentally shifting not only the products companies offer but the ways they operate.

So fundamental in fact, Iansiti and Lakhani argue that it’s crucial for firms to reinvent themselves around these new technologies and capabilities to not only grow, but compete and survive.

Companies are forecast to spend $98 billion on AI worldwide in 2023 compared to $38 billion in 2019. While the money may be flowing, few companies have figured out the best way to harness AI while navigating new challenges this technology brings, including consumer privacy concerns and cybersecurity threats.

During the past 10 years, Iansiti and Lakhani have researched AI’s impact on businesses and have helped several companies transform their strategies, including internet pioneers like Amazon, Microsoft, Mozilla, and Facebook, as well as traditional organizations like Disney, Verizon, and NASA.

Iansiti says in the following interview that the book provides a guide for all businesses—from startups to long-standing legacy companies—for thriving in the new digital rat race.

Dina Gerdeman: Explain what you mean when you say “collisions” between AI-driven and traditional firms are reshaping competition?
Marco Iansiti: For the first time in many years, there’s a fundamentally different way of solving the problem of meeting a customer’s needs. Airbnb is a classic example. If I want a room to spend the night, I can go on either the Marriott website or Airbnb website and make a reservation. With Marriott, it’s a manual system with software sprinkled in to make human processes more effective. But Airbnb is fundamentally digital. And that means every human bottleneck is pushed out. You have algorithms matching people who have a room with people who need the room.

There’s this collision between these two different operating models and ways of solving a consumer problem. On the one hand, you have a more traditional firm with traditional human resource management. In the other model, you have software solving that problem with a bunch of managers who are designers and quality control specialists.

A lot of people think of this as disruption, like the taxi industry is being disrupted by Uber. It’s not disruption. Rather, it’s a completely different kind of firm. This hasn’t happened in more than 100 years. Firms have been designed with management and labor since the Industrial Revolution. This is a fundamental change in the means of production, and it’s affecting every industry across the board.

Gerdeman: Netflix has successfully used AI-driven processes to create sophisticated predictions about its customers’ behavior, which is a key benefit of AI. How does it work?
Iansiti: Netflix has been using AI for many years in a lot of different ways, for example, by learning how people choose movies according to the thumbprint picture that appears on the Netflix service. As a consumer, if you’re thinking about watching “The Crown,” the photo you are shown makes a big difference in whether you click on it.

The algorithm is trained to pick out the pictures people are more likely to click on. And AI can optimize those images to individual preferences. If I like comedies, and there’s a movie on Netflix that has some action scenes and some comedy scenes, Netflix’s algorithm will show me the comedy picture. Someone else might see the action picture if they like action movies.

The algorithm might introduce a little randomness, too, and depending on our reactions, it will learn about our preferences and update its algorithm. These algorithms are getting better and are replacing or enhancing an increasing percentage of traditional processes.

As they do that, they change the management systems around them. You need someone managing this who’s more of a software designer, as well as a machine-learning specialist, to understand how to use the data.

Gerdeman: You’ve advised digital leaders like Facebook, Amazon, and Google, but they haven’t been immune to challenges either. Do you think anyone has truly mastered AI?
Iansiti: We do have companies who are leading in introducing these models, but nobody completely has this right. Everybody is still trying to figure it out. It’s a new way of serving users and making customers happy, but it comes with a lot of risks.

The minute something this fundamental happens, where you’re essentially taking a firm’s ability to serve consumers and you’re removing humans from the critical path of doing it and letting algorithms make decisions, even for a few seconds, you open yourself up to all kinds of challenges.

Consumer privacy and cybersecurity are huge ones. Companies are vulnerable to people coming in and stealing data and getting user information.

Another challenge is algorithm bias. Algorithms aren’t transparent in telling you how and why they’re making decisions. They’re defined by the types of questions you’re asking and the types of data you’re telling them to collect.

AI is creating a new set of challenges that these digital businesses have to deal with to provide an effective, unbiased service that protects the rights of consumers. And we can learn a lot from this new generation of digital firms as we watch them try to navigate the tradeoffs.

Gerdeman: Workers are concerned that as AI displaces human activity, it will also push people out of jobs. To what degree will this happen?
Iansiti: There’s a pretty good consensus that there’s going to be a massive transformation in the nature of work. Every job can be done through machine learning. This will cut across the economy, and everybody is going to feel it in some way. It’s changed the shopping experience. We don’t interact with humans anymore. Shopping malls are empty because we’re all shopping online.

So what will happen to the overall jobs economy? Will this shrink the number of jobs or not? So far, the economy has been super strong, jobs have been created across the board, at least in the United States, and we haven’t seen any shrinkage in jobs.

But what will happen when the next recession hits? When companies find they can do jobs faster by deploying algorithms, will they eventually need fewer people? There may be some cases where a truck will need to be driven by a human or a cash register will need a person to operate it, but will you need as many humans? The answer is “no.” And will the unemployment rate increase at some point? I suspect it will. When we have a major recession, when we recover from that, logic seems to point to the fact that we’ll have much slower employment growth.

Gerdeman: Traditional businesses must live in fear of becoming the next Kodak, Blockbuster, or Sears. Do you think longstanding companies can take advantage of AI just as well as startups can?
Iansiti: From an entrepreneurial perspective, it’s like the holiday season. It’s like finding toys everywhere. There’s opportunity under every rock.

For a traditional firm, there’s also a whole new generation of tremendous opportunities that are open to them. Their challenge is making sure their infrastructure is open to that, so they can take strategic advantage of those opportunities.

What can AI help with? Everything from reading X-rays and setting prices to forecasting demand and maintaining jet engines. Almost every traditional process can be transformed with AI.

The down side is the example of Uber, which goes public and says it may never make money. Businesses need to figure out where the profits can pool and how they can sustain themselves over time. Yes, there’s opportunity everywhere, but it’s tricky because some will lead to a sustainable advantage and some will not. So companies need to understand where they can truly build advantage in this new world.

Tweets by @forbes_india
Fateh TV: A channel with a vision of faith
As world economy shifts gears, trade growth slows