In their course Stock Pitching, Lauren Cohen and Christopher Malloy teach students everything from how to pick stocks using their own insights to pitching them to investment colleagues 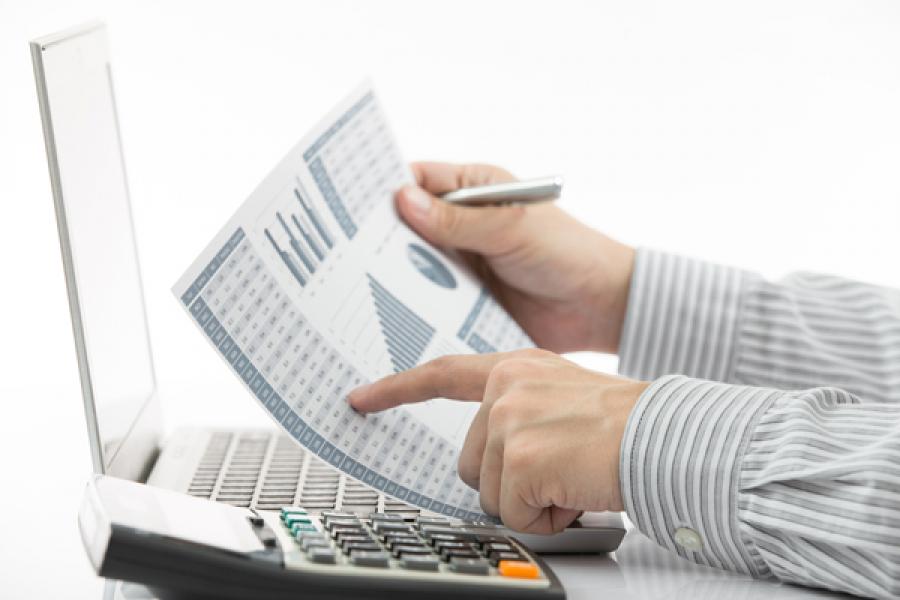 Let's face it: in most cases, the stock market knows what it's doing. With millions of people performing their homework and investing money in stocks they hope will pay off, it's hard for any one person to beat the market in a big way.

"Markets are efficient. You have to start with the idea that the prices are right, because they usually are," says Harvard Business School finance professor Lauren H. Cohen, who serves as an editor of Management Science. "From there, you can look for the small corners where they are wrong."

That's exactly what Cohen has been doing for the last three years in the MBA field course Stock Pitching, which he co-teaches with Christopher J. Malloy, the Sylvan C. Coleman Professor of Financial Management. (Both are research associates at the National Bureau of Economic Research.)

The premise is simple—there's value out there in those more than 5,000 publicly traded stocks and thousands of other investment instruments, if only you know where to look.

"We didn't want the course to be just about polishing diamonds," says Cohen. "It's more important to be able to find the diamonds—that's what separates the Warren Buffetts and Seth Klarmans out there. The first person to find the diamond gets the highest rewards."

OUTSMARTING THE PUBLIC MARKETS
The trick to doing that is the difference between knowledge and insight.

"Once information is in the public domain, it's already reflected in the stock price," says Cohen. "Investment insight is something you understand that no one else does."

Cohen says that in the course students are encouraged to find those special insights based on their own strengths. Some pursue a quantitative strategy, digging into numbers many ignore; others look deeply into industries or countries they are familiar with that many analysts don't understand.

Once they've uncovered that friction in the market between what the price is and what it should be, Cohen and Malloy stress the importance of identifying a "catalyst" that will cause the market to catch up. "It's one thing to say I am going to buy this stock, but there has to be an event that is going to make it move the way you want," says Malloy.

Team members Nami Singhal, Trish Higgins, and Yura Mikhalev (all MBA 2013) used a case that Singhal had studied about Argentina's volatile political system as background information to predict that the country would default on its debt, a likelihood they felt was inadequately represented in the bond market. "We could see this macroeconomic storm on the horizon," says Higgins, whose previous experience at a global macro hedge fund proved valuable to the team. "But there aren't that many investors out there who are well versed in 100 years of Argentine economic history."

Sure enough, a few weeks after they pitched their investment thesis and invested imaginary funds, Argentina teetered on the edge of defaulting. "They made 25 percent in the first few weeks of that trade," Cohen recalls. Unfortunately for the team, the courts blocked a settlement on default for several months while they watched their position weaken; last year Argentina's court-appointed mediator officially ruled that the country was in default.

The experience gave the students a new respect for the market. "Had we real money on the line—if this had been our own retirement fund or our kids' college fund—I don't know if we would have necessarily had the conviction to stick with it," says Singhal. (She and Higgins now work together at AQR Capital Management, an asset management firm that implements quantitative strategies that Higgins calls "the antithesis of discretionary stock picking.")

PLAYING WITH REAL BULLETS
While Singhal, Higgins, and Mikhalev may not have had their own money on the line, many other students in the course did. "One part we didn't fully appreciate is that 80 percent of the students would trade on their ideas," says Cohen. "They put their money where their mouth is."

One of them, Alice Newcombe (MBA 2013), used her background in private equity to forensically investigate a mortgage insurance firm that didn't seem on the up and up. "It was essentially charging people egregious amounts for insurance that they didn't necessarily need," she says. "They were placing insurance at five times the cost they told regulators they would."

Estimating that ultimately over a third of the insurance liability rested with Fannie Mae and Freddie Mac, she placed a bet that the US government would intervene. When class action lawsuits began popping up in several states, Newcombe knew she had the catalyst she needed. A few months after she placed the trade, the company issued a profit warning, and its stock fell 22 percent, just as she'd predicted.

"There were a lot of numbers out there but people didn't seem to put them together," says Newcombe, who now works for London-based hedge fund AKO Capital. Despite her successful prediction, she too bit her nails waiting for the stock to fall. "It was hard," she says. "It's a great testimony to conviction, whether or not you invest your own money, to ask, 'Do you really believe in your thesis?'"

FROM STOCK PICKING TO STOCK PITCHING
To help create that conviction—and to make the course as realistic as possible—Cohen and Malloy emphasize the importance of vetting ideas with a team of other investors, a skill anyone entering today's world of finance must master. Contrary to the image of the lone, brilliant stock wizard, they say, every firm has investment meetings where individuals critique each other's ideas in order to make them stronger.

"Students often think it's the Wild West—if they come and shoot enough bad guys they'll get to the top," says Cohen. "But your ability to make other people's ideas better is a big component of your success at a firm."

To stress this point, a real-life hedge fund manager is invited to class to help critique pitches. That has led to some uncomfortable situations. "One group presented a short on Angie's List, saying they thought it was overvalued," says Cohen. "Our speaker not only had been long on Angie's List for three years and earned 60 percent, but also got his Harvard MBA with Angie [Hicks, MBA 2000] herself. To their credit, the students stuck to their guns."

Having other investors you trust critique your stock pitches can be important not only for investment managers, but also for individual investors, says Cohen.

"One great lesson from our course is that investing clubs can be incredibly valuable," he says, recommending that investors find a group of 10 to 15 people who can share information and provide feedback on their trades. "The group decision will surely be better than any individual decision you can make."

About the author
Michael Blanding is a senior writer for Harvard Business School Working Knowledge.