A growing band of publishers, filmmakers, artists and designers is giving India's cultural capital a makeover and new life

August approaches. For many parents, this can mean only one thing: Packing off the kids for the Fall semester. But the excitement and pride is often tinged with worry: Will the foreign schooling result in a diminishing of Indian ‘culture’ in the children? Fortunately, these concerns are steadily becoming irrelevant. And at least one reason isn’t too far to seek. The West is already here. 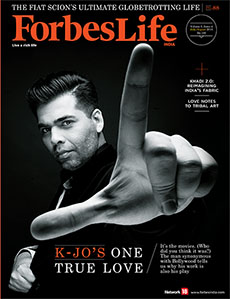 I recently attended a dance show in Mumbai in which my 18-year-old niece was a participant. The performances were electric, inspiring and fun. I counted around 12 acts: Street jazz, hip-hop, contemporary, and so on. The music: Beyoncé, Ed Sheeran and the like. The predominantly western influence was palpable in the packed Bandra auditorium—as it is almost everywhere in urban India.

The gravitation to the West is not surprising. Their cultural offerings have kept up with the times. Go to the  Musée d’Orsay in Paris or MoMA in New York, and you will find that the demographics intersect significantly with a Taylor Swift concert.

Now India’s cultural jewels are legendary. But they often come wrapped in packaging that is either dull or inaccessible. The richness of our cultural capital is lost in this fuddy-duddy miasma. The good news is that there is a growing band of publishers, filmmakers, artists and designers who are changing the rules of the game. By seeking to enhance, reinvent and save artistic traditions and skills, these dynamos are reimagining Indianness. This edition of ForbesLife India examines three areas that reflect these new currents: Khadi, tribal art and K-Jo.

Long identified as the Left-leaner’s garb, khadi’s elevation to haute couture can be attributed to multiple factors. Chief among them is the growing number of designers who have made the fabric their muse. Award-winning designer Aneeth Arora attributes khadi’s success to the efforts of “thousands of weavers through the decades after Independence”. But designers, too, have done their bit by repurposing khadi while retaining its rustic authenticity. Their passion shines through in this story by Benu Joshi Routh and Jasodhara Banerjee.

A similar regard for tradition is visible in the hand-made books brought out by the niche Chennai-based publishing house, Tara Books. The stories are narrated and illustrated by India’s leading tribal artists from Bengal, Rajasthan and Madhya Pradesh. Each delicately crafted image is worth a thousand words: Only a Gond artist would portray the Big Ben as a rooster that wakes up London every morning. With collaborators from around the world, the books have a contemporary aesthetic while staying faithful to the art, writes Angad Singh Thakur.

Being niche is not one of Karan Johar’s problems. Battling the impression of being a mass producer of one-dimensional entertainment is. “People say I make only ‘NRI’ or ‘family’ films,” the director told Karishma Upadhyay. Johar insists this isn’t true. But, I say, so what if it is? Before the K-Jo brand of family dramas, we had only Sooraj Barjatya to lean on. While there is an audience for that, the Manish Malhotra-clad Indian bahu is so much more appealing. Besides, Karan Johar is not just Bollywood—he defines Indian pop culture, or at least a large part of it. (Think about it: He even brought lycra into fashion.)

Legacy matters to him. And when he says that “maybe years later, students of Indian cinema will look at my work and think that there was a beating heart in many of my scenes”, you know this isn’t showmanship. The vulnerability is real.

It takes a strong heart to embrace individualism—both your own and that of others. These stories manifest that spirit.

Indian culture will be alright. Either at home or away.