It's Been a Hard Day's Night

The Fab Four burst onto the stage at a time when India was still trying to find its place in the world. Fifty years on their magic is still intact

Sometime in early December, a Beatles tribute band was playing at the Landmark store at the Forum Mall in Bangalore. The audience, roughly 100 people, was a motley crew: Young 20 somethings, 40-year-olds with little kids and a bunch of people in their fifth decade. One couple stood out. A distinguished gentleman in old world formals and his partner in a nine yard silk sari were rocking hard to the songs. Both were well into their 60s. They knew all the lyrics and when the band played ‘Yesterday’, the man reached out and held his wife’s hand tenderly.

They were probably the only fans there who were old enough to appreciate The Beatles when they first began making music in 1960. They weren’t a quartet then. Apart from Paul, John, Ringo and George, they also had Stuart Sutcliffe, the original bassist of the band and the one who also suggested they call themselves The Beetles. 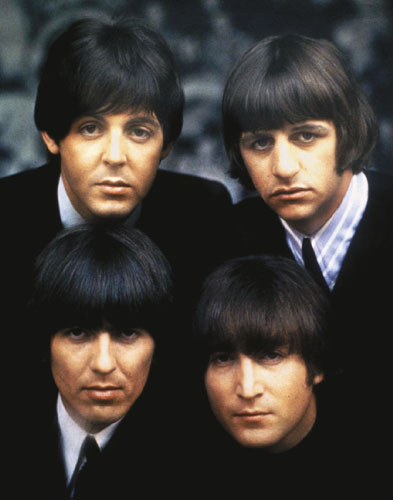 Beatles fever refuses to die
The Beatles would have been a sweet relief at that time. India in 1960 was trying to find its place in a world that was headlong into the cold war. Pandit Nehru’s mixed economic policy was seen with distrust by the West. His opposition to the Suez Canal Invasion did not help.
Nehru was getting old. He had already served as the Prime Minister for 13 years. China was looking very threatening. Nehru’s attempts to maintain good relations with it while supporting the Dalai Lama weren’t working, and India would be repelling a Chinese invasion in two years. The Indus Water Treaty with  Pakistan was signed in September 1960. The Shiv Sena didn’t exist. May 1, 1960 was when Maharashtra and Gujarat were created out of the State of Bombay. Famines were endemic.
It’s been 50 years since then and some things haven’t changed. The country is self sufficient in food supply, but prices are so high, most poor people still struggle to eat. India is still fighting with Pakistan but we are on better terms with the West. China is still a threat.
The Beatles broke up 40 years ago. Two of them are dead. Paul McCartney still tours the world playing music. In April 2009, he was worth $283 million. Michael Jackson’s estate and Sony BMG own the rights to a majority of the Beatles’ songs. The rights were reportedly worth $1 billion when Jackson passed away in 2009.
Beatles fever refuses to die. A film on John Lennon, Nowhere Boy, has just been made; a remastered version of the Beatles catalogue has been released; lost interviews have been found. The music continues to enthral a new generation.

(This story appears in the 22 January, 2010 issue of Forbes India. To visit our Archives, click here.)

Tweets by @forbesindia
Wheels of Fortune
Udayan Mukherjee: Riding Past The Speedbreakers