Are You a Tata or a Birla? A Study on India’s Best Brands for the World

Tum Tata ho ya Birla?” is Hindi for “Are you a Tata or a Birla?” This is what young Indians teasingly ask when one of their friends is bragging about his business ambitions or entrepreneurial aspirations. They are the grassroots of this emerging youthful economy which has been growing at annual rates of 7% to 10% in the last five years. Tata and Birla are business conglomerates, founded in the 19th century, which have both undeniably played a significant role in India’s development and its impressive economic achievements.

India – the world’s largest democracy with 1.21 billion people – obtained its independence from Britain in 1947. At first the government’s economic policy was socialist and protective of the home market in order to nurture industrialization, which was in its early stages. By 1991, the country began taking steps toward economic liberalization. These steps led to a massive spike in foreign direct investments, which peaked at US$41.3 billion in 2008 before dropping somewhat to $34 billion in 2009 in the wake of the financial crisis. From 2010 things began picking up again and India was named in transnational corporations’ plans as the second most important FDI destination (after China) for 2010–2012 (UNCTAD World Investment Report 2010). 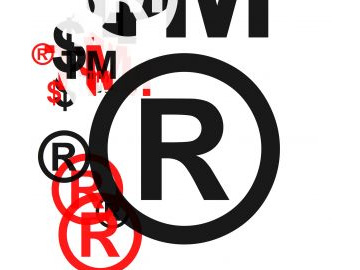 With their domestic market being opened up to foreign entrants, what is next for Indian companies seeking opportunities for fame and fortune outside the country? IMD has been researching the competitiveness of BRICS countries (Brazil, Russia, India, China and South Africa) and is exploring the link between a country’s competitiveness and its ability to generate global brands. As noted, India has performed well in terms of domestic economic growth, but this has not yet translated into stronger competitiveness internationally. According to IMD’s World Competitiveness Yearbook 2011, the country ranks only 32 out of 59 countries ; after jumps in 2004 and 2006, its ranking has slightly tailed off.
Generally, if a nation has a low competitiveness score, this does not mean that individual companies from that country cannot be competitive internationally. Rather, if they are, they have done so against the odds, successfully battling against an unfavorable institutional context.

Identifying Indian brands
India’s international trading network has expanded through exports and, increasingly, as a result of the internationalization of Indian companies following market liberalization. This gave domestic brands international exposure and the opportunity to venture abroad. To discover which brands Indians themselves are enthusiastic about and would happily recommend to foreigners and visitors, we undertook an exploratory study. We went onto the streets and into the malls of Mumbai, Calcutta, Agra and Cochin to ask local consumers: “Which of our Indian brands are best for the world?” The most recommendations of the 107 people interviewed went to three brands.

The top three brands are:
Tata – mentioned by the majority of respondents (53.8%). Of course the Tata Group, founded in 1868, is the largest private corporate group in India. The multinational conglomerate company with revenues of $71.3 billion earned via 114 companies and subsidiaries in eight business sectors is headquartered in Bombay House in Mumbai, and its interests range from communications and information technology, engineering, chemicals and energy to materials, services and consumer products. Most of the respondents who named Tata were referring to the whole conglomerate. Others mentioned specific parts such as Tata Motors, renowned for its Nano, the world’s cheapest car; Tata Tea, the world’s second largest tea manufacturer and distributor; Tata Steel; Titan Industries (including watches); and its telecom joint venture with Japanese giant NTT Docomo. The Tata Group is already a global player and recently acquired major foreign brands. For example, in 2006 Tata Steel acquired the Anglo-Dutch firm Corus, in what was the largest Indian takeover of a foreign company, and two years later Tata Motors snapped up British luxury brands Jaguar and Land Rover. Other brands under the Tata umbrella are Tetley, Titan Industries and the luxurious Taj Hotels.

Reliance – recommended by one-third of respondents (33.8%). They were referring to the group founded by Dhirubhai Ambani in 1966 as a polyester firm, whose textile brand Vimal soon became a household name. Reliance later entered financial services, petroleum refining and the power sector. By 2002, it had grown into a $15 billion conglomerate and India’s largest exporter. The same year, the founder died and left the family business to his two sons, Mukesh and Anil. A feud between the brothers ensued, which was partly resolved when their mother intervened in 2005 and determined that the group should be split. Elder brother Mukesh retained Reliance Industries, active in petroleum, life sciences, solar, logistics and industrial infrastructure. Current revenues amount to $58.6 billion (2010), with 23,400 employees. Anil took responsibility for Reliance Infocomm, Reliance Energy, Reliance Capital and RNRL as part of the newly created Reliance Anil Dhirubhai Ambani Group (ADAG). The group also entered the power sector through Reliance Power, and the entertainment sector by acquiring Adlabs. ADAG’s 2009 revenue was $15.4 billion. Hostilities between the brothers – two of the world’s richest men – rumble on.

Birla – suggested as India’s best brand for the world by 1 out of 8 Indians in our survey (13.8%). The name Birla refers to one of the oldest business groups in India, run by members of the Birla family. It started as a trading house in 1857 and today operates under a number of different names still tied together through cross-holdings: Aditya Birla Group, Birla Technical Services (BTS), Yash Birla Group (YBG) and the MP Birla Group. Aditya Birla, with $30 billion revenues and operations in over 27 countries, has more than 130,000 employees worldwide. This part of the group has diversified business interests in viscose staple fibers, metals, cement, viscose filament yarn, branded apparel, carbon black, chemicals, fertilizers, insulators, financial services, telecoms, business process outsourcing (BPO) and IT services. BTS is an industrial group, with an emphasis on drilling equipment and production and refining systems for the oil and gas industry. BTS is also involved in BirlaSoft Limited (software) and Hindustan Motors, the maker of Ambassador cars. YBG is a conglomerate of 14 companies in diverse businesses, including auto components and engineering, power solutions, textiles, lifestyle, and infrastructure and real estate. Birla Corporation, which focuses primarily on cement and jute goods, is the flagship company of the MP Birla Group, which also has interests in the cable and optical fiber industry, and in chemicals and linoleum flooring.

A substantial proportion of the respondents mentioned at least one of the top three brands. Just 30% recommended totally different Indian brands. The 107 people interviewed mentioned 3.67 different brands on average, contributing to a long list of over 133 different brands. This long tail is not surprising and could point to some of the new and exciting brands that might become more important in India’s future. These brands were mentioned several times, including Bajaj Auto, Maruti-Suzuki, Mahindra, Hindustan Lever, Raymond, Godrej, Hero Honda, Kingfisher (United Breweries), Spykar, Videocon, Onida, Airtel, Amul, L&T, Torrent, Arvind Mills , the State Bank of India, and the ICICI bank.

Are you a Tata or a Birla?
Anticipating the competitive threat from brands from other emerging economies like China, India is moving up the value chain, away from low-end textiles to found lucrative niche industries (information technology, energy, infrastructure). As the country enters a new phase of development helped by its young brain power, its future will increasingly depend on its ability to engage in more innovative activities to create internal engines of growth. A greater focus on spurring entrepreneurship and creativity will give rise to more new and innovative brands and will provide India and its brands with a greater presence abroad, as it continues to reinvent itself as an innovation- and knowledge-driven economy.

Special thanks to Alessandro Ceschel, who conducted all the interviews; Arti Buxi, who helped analyze the data; and Alex Thélin from ThierryWeber.com, who edited the film.