What should be the economic priority of the Narendra Modi government?

India should make drastic changes in its monetary policy 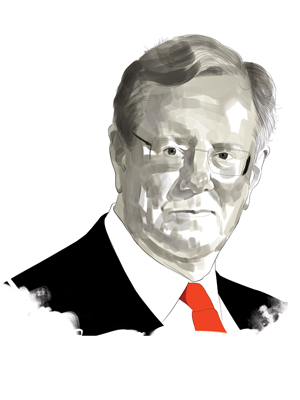 Image: Sameer Pawar
Steve Forbes is a veteran in the US publishing industry and the chairman and editor-in-chief of Forbes Media. He was twice in line for the Republican presidential nominee. Freedom Manifesto: Why Free Markets Are Moral and Big Government Isn’t, a book he co-authored with Elizabeth Ames, was published in 2012

The first budget of the Narendra Modi government was cautious. The hope is that reforms will come year after year and cumulatively make a powerful impact, propelling India forward. There is one area, however, in which India must make drastic change—one in which baby steps won’t work: Monetary policy.

No country can become a true global economic power without having a sound and stable currency. Britain, for example, was a second-tier country until it fixed the pound to gold in the early 1700s, when Isaac Newton was Master of the Mint. Germany and Japan didn’t escape the devastation of World War II and rocket to economic prominence until each, in effect, tied its money to gold in the late 1940s. China’s surge was helped enormously in the mid-1990s, when it tied the yuan to the US dollar, as Hong Kong did in 1983.

India has been bedevilled by inflation from its chronically weak rupee, as it labours under the Keynesian delusion that excessive money printing helps growth. It does the opposite. It hurts capital formation. It creates high interest rates, which in turn harm investment. It breeds crony capitalism. A money system is based on trust. Debasing a currency debases society, and inflation undermines social cohesion and social trust.

The hard truth is that even if a country “gets things right” regarding spending, subsidies, taxes and regulations, its economy won’t become a thriving, innovative giant with deep capital markets unless its money achieves a Rock of Gibraltar-like reputation for reliability.

Raghuram Rajan, the new governor of the Reserve Bank of India (RBI), seems to understand the harmful impact of inflation. But for India to break decisively from its bad monetary habits of the past, two key things are critical.

• The new government and Prime Minister Narendra Modi must unequivocally support a new direction for the rupee and the RBI. There’s absolutely no reason that the rupee can’t quickly achieve the coveted status of a hard currency on a par with the dollar, the pound, the euro and the yen. Doing so would give India an enormous advantage over China, which wants to make the yuan a global currency but isn’t sure how to go about it.

• India must learn how to get its monetary policy on the right footing. This will require courage, because, sadly, as I point out in the book I recently co-authored, Money: How the Destruction of the Dollar Threatens the Global Economy and What We Can Do About It, economists know less about the subject of money than their forbears did a century ago. The International Monetary Fund (IMF), a font of ignorance when it comes to pro-growth economic policies, will fight this, as will officials of the big international banks (which make immense sums of money from currency instability), along with most economists, including those in India. 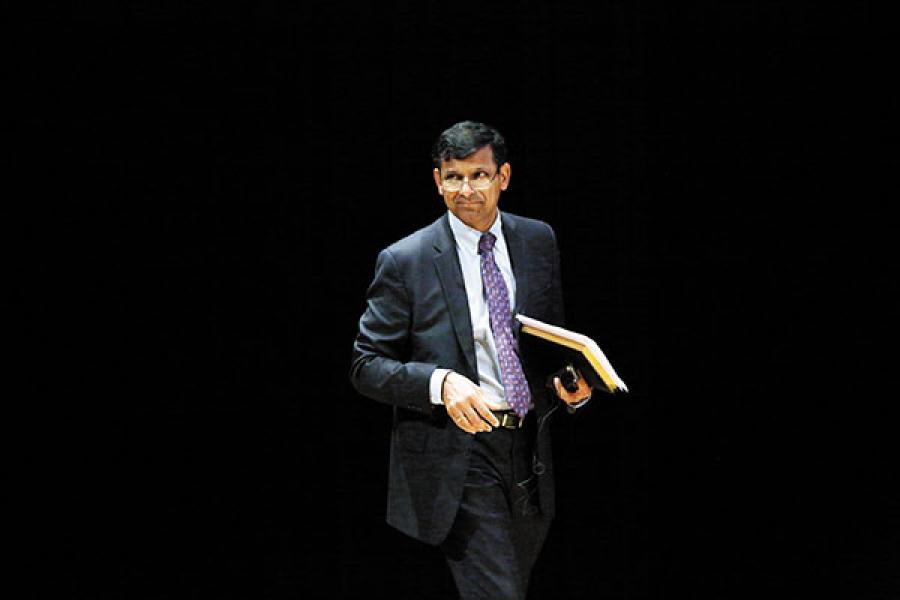 Image: Getty Images
New RBI governor Raghuram Rajan seems to understand the harmful impact of inflation
Money measures value the way scales measure weight, rulers measure length, and clocks measure time. Imagine how chaotic life would be if the clock were “floated” the way the rupee is today: 60 minutes in an hour one day, 48 minutes the next day, 72 minutes the day after that. A cake recipe calls for the batter to bake for 45 minutes. Now, is that nominal minutes or inflation-adjusted minutes? Fixed weights and measures are essential to a smooth-functioning marketplace, as is a fixed value for money. Money itself is not wealth; it’s a claim on products and services created by people in the marketplace. Counterfeiting is illegal because it’s a form of thievery. So is inflation.

How to proceed? For starters, India should firmly fix the rupee to either the dollar or the euro—with no divergence greater than 1 percent on either side. Instituting a currency board is one way to do this, as Hong Kong has done with the dollar and Denmark and Bulgaria have done with the euro. Given Indian realities, a more likely approach would be through a combination of open-market operations and foreign-exchange interventions. The fixed exchange rate would be the sole target—not interest rates or efforts to stimulate the economy.

To keep the rupee fixed, the RBI would have to take to heart the chronic mistakes made by other central banks that have from to time tried to do this. Examples of the wrong approach are, unfortunately, legion. In 1997, Thailand pegged the baht to the dollar. For a variety of reasons the baht came under attack. Thailand bought its currency in the foreign exchange markets with its dollar reserves. But then it made a mistake that other central banks have made all too often: It reissued the bought-in bahts back into the domestic economy, leaving the monetary base unchanged. The only thing that changed was that Thailand’s reserves were run down. The baht collapsed, unnecessarily, which could easily have been avoided had the central bank known what it was doing.

Look at a contrasting case: Russia. The ruble came under attack in late 2008. Initially, Moscow made the usual error of not temporarily reducing its monetary base, and the ruble shook. But in early 2009, Russia changed course. It bought in rubles on the foreign exchange market and kept them out of circulation. The ruble strengthened, and speculators were left licking their wounds. 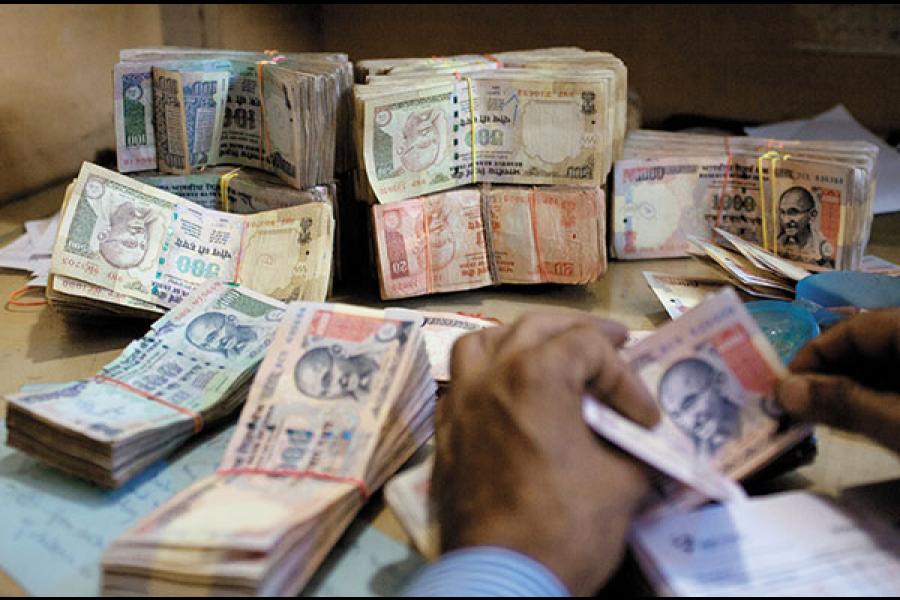 Image: Yawar Nazir / Getty Images
If India can peg the rupee to a hard currency and preserve the peg, it could be one of the most desirable currencies
Once India has mastered the currency peg, it can then take the great leap of fixing the rupee to gold. Defending the fix will be easy. Say the new ratio is set at 80,000 rupees per ounce of gold. If gold went much above 80,000, the RBI would sell assets until the 80,000-rupee level was restored. In other words, it would reduce the monetary base. It would do the opposite if the rupee fell below the 80,000 ratio—buy bonds until the 80,000 mark was achieved. Contrary to myth, a country needn’t own an ounce of the yellow metal to operate a gold standard.

Such an act would be electric. As time passed, the rupee would become one of the most—if not the most—desirable currencies in the world. India would occupy the kind of position Britain held in the 19th century.

Legions of critics will scoff at such an idea. They would be wrong. India could pull this off. It requires only the knowledge and the will.

On the road to this transformation, the RBI must distinguish between the kind of inflation that comes from excessive money creation—which it can prevent—and the kind that’s beyond its control. An example of this is what’s happening to the prices of food and fuel. The surge in the cost of oil is a result of the weak dollar and the turbulence in the Middle East. The average price of a barrel of oil had stayed at little more than $21 from the mid-1980s to the early part of the last decade, when the US Federal Reserve and the US Treasury began weakening the dollar. The weak dollar has also led to higher nominal prices in agricultural commodities. This is out of India’s control.

Three other recommendations for the Modi administration:
These monetary and tax reforms would propel India onto a trajectory of 10 percent real growth rates.

Tweets by @forbes_india
Is this really the first right-wing government?
No Government Can Ignore the Problems of Deprivation