With his consistent focus on new ideas, K Anji Reddy encouraged several of his colleagues to start their own businesses 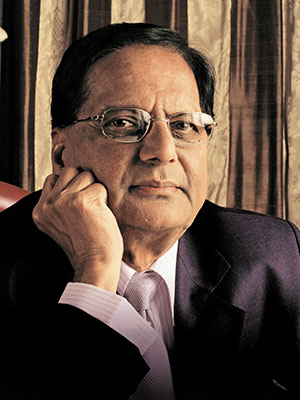 I always believed that whatever the West has done, we could do as well and I’ve proved it time and again,” said K Anji Reddy during a conversation a few months before he passed away in March 2013, at the age of 72.

Much before innovation became fashionable, and eventually inevitable, he invested in research and within three years licensed new molecules to multinationals, beginning 1997. Much before globalisation became commonplace, he took Dr Reddy’s Laboratories (DRL) global in the early 1990s and set up businesses in the regulated markets of the US, Europe as well as in Russia. And much before entrepreneurship became cool, he, a first-generation entrepreneur, vitalised the entrepreneurial culture of Hyderabad, encouraging several of his colleagues and employees to start their own businesses. Today, at least a dozen sizeable companies and scores of ancillary businesses can trace their origin to the company that Dr Reddy started in 1984. So infectious was the influence that the founders of Divi’s Laboratories, MSN Laboratories and Virchow Laboratories even carried forward the name ‘Laboratories’ with them.

When people wanted to branch out, recalls Anji Reddy’s son Satish Reddy, he would encourage them. “In my early days, I would get flustered that people were using our technology or know-how but Dr Reddy would tell me to focus on bigger and newer things,” he says.

Anji Reddy himself never stuck with the routine. He would start something, pass it on, give directions for scaling up, and then move on to things that excited him. In the late 1980s, when their formulations business was about Rs 40 crore and DRL was ranked 45th in the country, he set the five-year revenue target at Rs 200 crore, the ranking for number 5, and himself moved on to build the drug discovery unit.

Marvellously open-minded, he trusted people and delegated work. When he brought colleagues from Uniloids (the first company he set up) to start Standard Organics, he gave away equity liberally, as much as 25 percent to one individual.

“If there was one person who embodied innovation, it was Dr Reddy,” says Sanjiv Kaul, who leads the pharmaceutical and health care sector at private equity firm ChrysCapital India. Kaul’s association with the late entrepreneur goes back 20 years. He finds it remarkable how absolutely consistent Dr Reddy’s belief was in innovation. “In many ways, he was ahead of his time,” Kaul says.

When the diabetes molecule, on which Dr Reddy had pinned great hopes, failed, Satish recalls feeling devastated. “But as I went to him to offer my ‘condolences’, Dr Reddy first spoke about the science behind the failure and then laughed it off saying these failures are part of the business of drug discovery. That lesson has stayed with me; and I rely on it when I face setbacks in business,” says Satish.

A characteristic of Indian family businesses is the penchant of seniors to cling on to their seats of power. This, however, didn’t apply to Dr Reddy. “He took a backseat early, groomed his son and son-in-law and played a phenomenal mentoring role,” remarks Kaul.

Towards the end, when he took ill, even though he revelled in the success of his company and of his successors, Dr Reddy pursued research with a virtual team, investing his personal wealth in a handful of new molecules. There was no conflict of interest with the company he founded. It also symbolised his unfinished dream. “He believed he could have done so much more for pharmaceutical innovation in this country. He fought a lone battle in making India, not just DRL, a centre of excellence in pharmaceutical innovation,” says Kaul.

Even when he had retired from active business, Dr Reddy held a strong view on drug price control which the government was then contemplating, and which since his death has been put into practice. He thought it would hurt the cause of innovation. He believed the government should focus on lowering the prices of expensive drugs, not of drugs that already cost below a rupee. “If you bring it down further, even a rickshaw puller would doubt its quality,” he said.

A childlike sense of curiosity, a delightful disposition and a belief in the process of discovery—with these he built Dr Reddy’s Laboratories, which grossed Rs 8,575 crore in revenue in the year ending March 31, 2013.

As Kaul puts it, “It’s not about resources; he truly was passionate about innovation. I don’t see anybody in the industry fitting into his shoes.”

Tweets by @forbes_india
Balvant Parekh: A Legacy That Sticks
Rahul Bajaj: 'I Am No Saint'