Paytm founder Vijay Shekhar Sharma is leading a concerted effort to build on the success of his payments platform and create a large digital financial services growth engine for his venture. But success is not assured 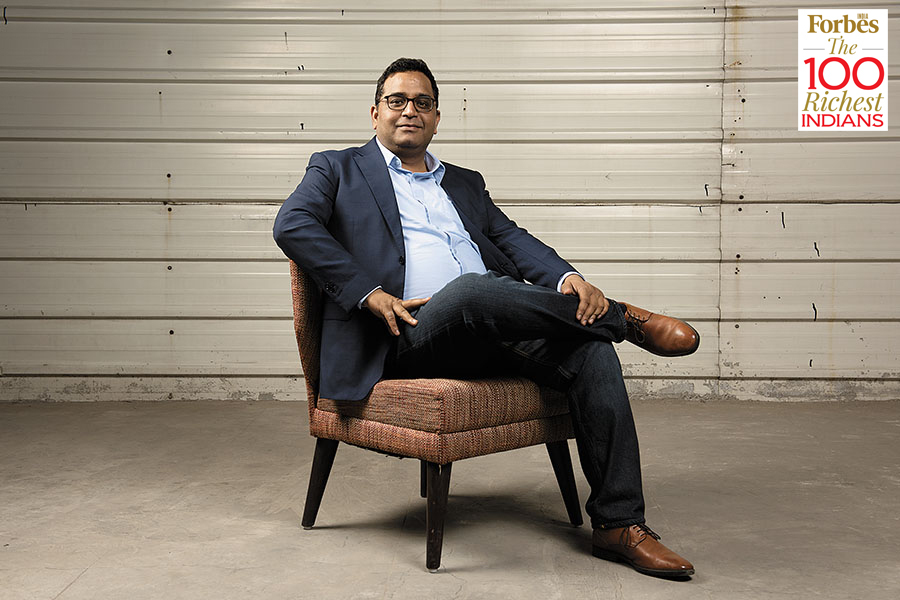 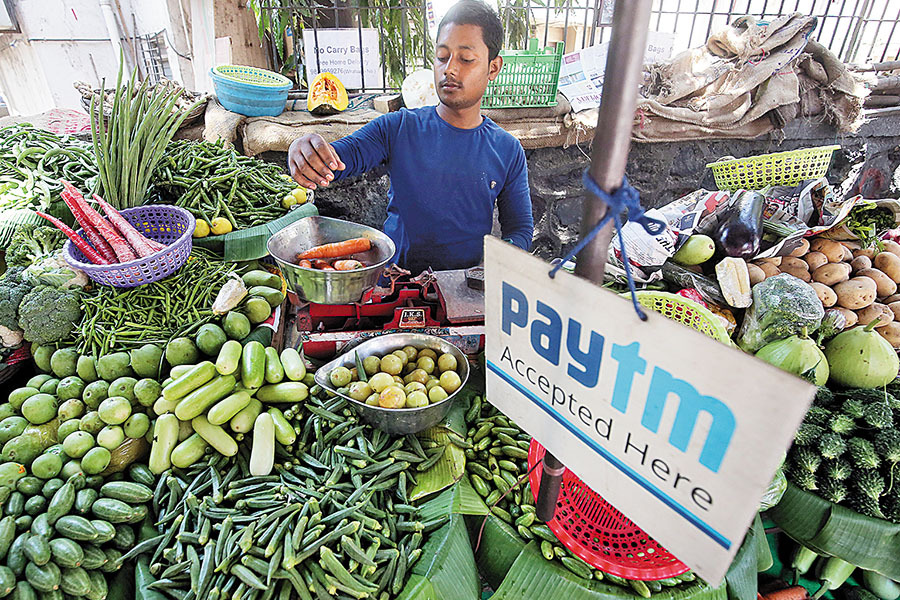 The company offers ‘same-day settlement’ to merchants who transact on its platform
Image: Francis Mascarenhas/Reuters   Paytm’s own ecosystem is an evolving one. In 2017, the parent company, One97 Communications, restructured itself. The mobile wallet service became part of the then newly-formed Paytm Payments Bank, which leads the company’s financial services foray for consumers. Paytm Money, another independent unit like Paytm Mall, offers the wealth management services, and the company has a lending business vertical as well. The ecommerce business—selling everything from train and movie tickets to travel bookings, smartphones, air purifiers and washing machines—became part of Paytm Ecommerce Pvt Ltd, a separate company that runs the Paytm Mall online marketplace and mobile app. And there is Paytm First Games, which offers fantasy sports, including cricket and kabaddi, and card games like rummy, among others. Paytm’s revenue increased from about Rs 780 crore in the year ended March 31, 2017, to about Rs 3,310 crore in fiscal 2018 and Rs 3,580 crore in fiscal 2019. Losses for these years rose from about Rs 620 crore in FY17 to Rs 1,604 crore in FY18 and Rs 4,217 crore in FY19, according to Tracxn. For FY20, revenue increased to Rs 3,629 crore and overall transactions have grown by over 50 percent, Paytm said in a blogpost in September. “As we expand our financial services with lending, wealth management and insurance offerings, new revenue streams have opened up for us,” the company said. “Optimising expenses has resulted in a 40 percent reduction in our losses as compared to last year and we are on the path to being profitable by 2022.” “We are also investing heavily in building digital services for our merchant partners so that they can benefit from technology and financial inclusion,” Madhur Deora, Paytm’s president, said in the blogpost. “Our efforts have started reflecting in the strong adoption of more profitable services by our consumers and merchants.” Sharma reiterates his vision for the company. “Our aspiration is to be a key contributor in building an Atmanirbhar Bharat and empower millions of MSMEs across India with digital financial technology that enables them to grow and expand their businesses,” he says. Clearly, the pivot to financial services is on in full swing. 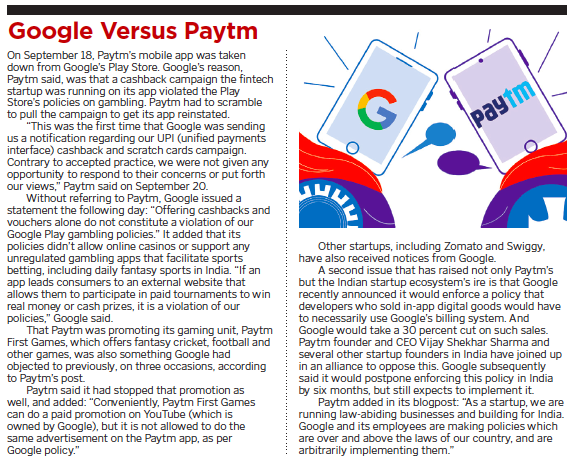 On September 18, Paytm’s mobile app was taken down from Google’s Play Store. Google’s reason, Paytm said, was that a cashback campaign the fintech startup was running on its app violated the Play Store’s policies on gambling. Paytm had to scramble to pull the campaign to get its app reinstated. “This was the first time that Google was sending us a notification regarding our UPI (unified payments interface) cashback and scratch cards campaign. Contrary to accepted practice, we were not given any opportunity to respond to their concerns or put forth our views,” Paytm said on September 20. Without referring to Paytm, Google issued a statement the following day: “Offering cashbacks and vouchers alone do not constitute a violation of our Google Play gambling policies.” It added that its policies didn’t allow online casinos or support any unregulated gambling apps that facilitate sports betting, including daily fantasy sports in India. “If an app leads consumers to an external website that allows them to participate in paid tournaments to win real money or cash prizes, it is a violation of our policies,” Google said. That Paytm was promoting its gaming unit, Paytm First Games, which offers fantasy cricket, football and other games, was also something Google had objected to previously, on three occasions, according to Paytm’s post. Paytm said it had stopped that promotion as well, and added: “Conveniently, Paytm First Games can do a paid promotion on YouTube (which is owned by Google), but it is not allowed to do the same advertisement on the Paytm app, as per Google policy.” Other startups, including Zomato and Swiggy, have also received notices from Google. A second issue that has raised not only Paytm’s but the Indian startup ecosystem’s ire is that Google recently announced it would enforce a policy that developers who sold in-app digital goods would have to necessarily use Google’s billing system. And Google would take a 30 percent cut on such sales. Paytm founder and CEO Vijay Shekhar Sharma and several other startup founders in India have joined up in an alliance to oppose this. Google subsequently said it would postpone enforcing this policy in India by six months, but still expects to implement it. Paytm added in its blogpost: “As a startup, we are running law-abiding businesses and building for India. Google and its employees are making policies which are over and above the laws of our country, and are arbitrarily implementing them.”

Tweets by @forbesindia
Photo of the Day: Before Bihar election results, Tejashwi Yadav's RJD prepares for celebrations
News by Numbers: Why Bihar is like Japan