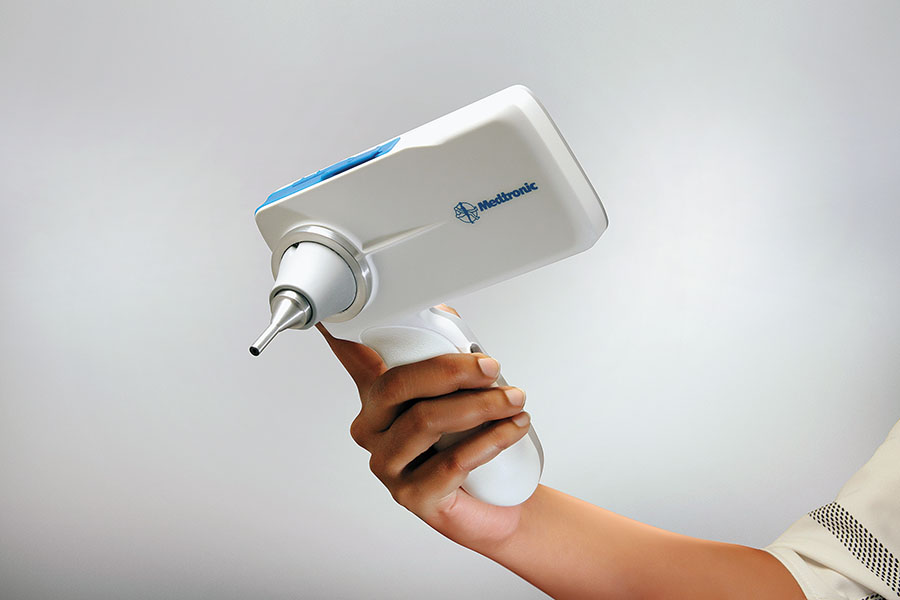 Bengaluru-based medical device design firm IcarusNova had been working on an ear-screening device when they were approached by Medtronic, the world’s largest medical device manufacturer, to formulate a product to address the ear-nose-throat (ENT) space, and the middle-ear infection space in particular, in India. Medtronic wanted not just a product to sell, but also explore how to deliver the service offered by the device.

“Ear infections remain undiagnosed around the country as it is too expensive for ENT specialists to go out to the field. We needed a tool to leverage health workers involved in screening, diagnosis and referrals,” says Ruchika Singhal, vice president, Global Health & Medtronic Labs. 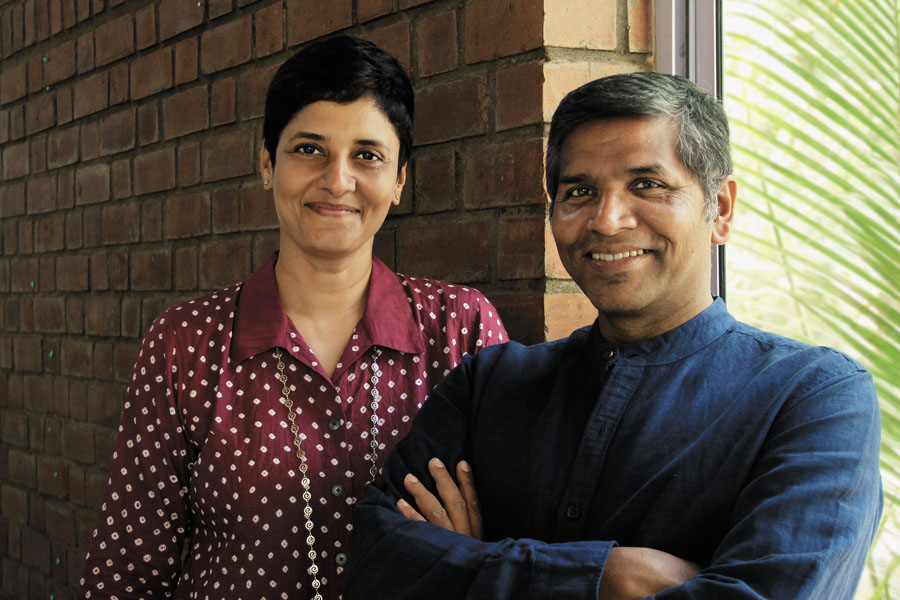 
IcarusNova had already developed a prototype. “This product was a compact handheld device with which it was possible to look into the ear of a person suffering from an infection, take a picture, and because the product is integrated with a mobile device, upload it on a central server so that a surgeon could access the data from anywhere. The team at IcarusNova was looking for an opportunity to use the product,” says George Mathews who, along with Sapna Behar, runs IcarusNova.

In partnership with the Shroff Hospital in Delhi, they tested 50 prototypes with health care workers travelling to slums and rural areas to collect data. The data and the images were uploaded to a central server so that doctors could suggest the next line of treatment. At this point, in 2014, they sold the intellectual property rights to Medtronic who asked for further changes to bring down manufacturing costs.

The original scope, used in the prototype, was part of an endoscopic machine. With the new brief, IcarusNova re-engineered the product and put it together in a kit.

“What these guys were doing on the ground was so innovative—using their design thinking process and collaborating with the clinical partners to solve a problem. It’s such an interesting model of how to bring new solutions to the market that I am now trying to emulate it in other disease areas,” says Singhal, adding that 3.7 lakh patients have been screened with the device across the country. 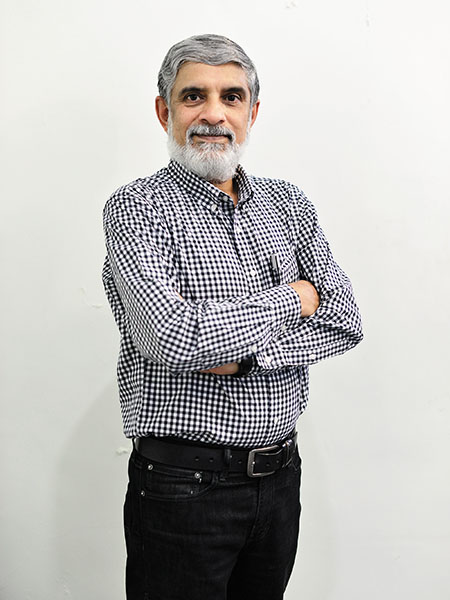 Pune-based Design Directions Pvt Ltd, run by product design veteran Satish Gokhale, for instance, won the Lexus Design Award India in 2018 for their medical scanner iBreastExam. “When we were approached by medical equipment manufacturing firm UE Lifesciences for the design of the breast scanning device, our design challenge was to think about modularity as this device would be serving remote areas and hence would need easy servicing. In addition, they wanted a device that would work for long durations without having to be recharged,” says Gokhale. 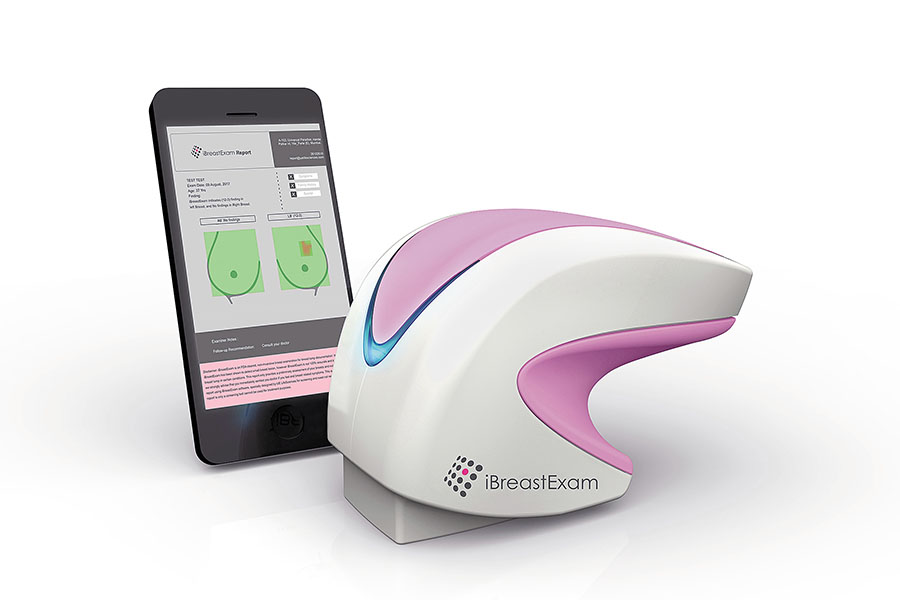 iBreastExam, by Design Directions, is a non-invasive, portable device to scan breasts for abnormalities
The solution was a scanner wherein the form is non-invasive and allows for a light touch on the breasts that translates into effective readings. “It is an ultraportable, battery-powered fully wireless device that is usable by community health workers to detect small breast abnormalities without any pain or radiation,” adds Gokhale.

In 2017, Design Directions also worked on the MiraCradle Neonate Cooler, a passive cooling device for newborns suffering from birth asphyxia. 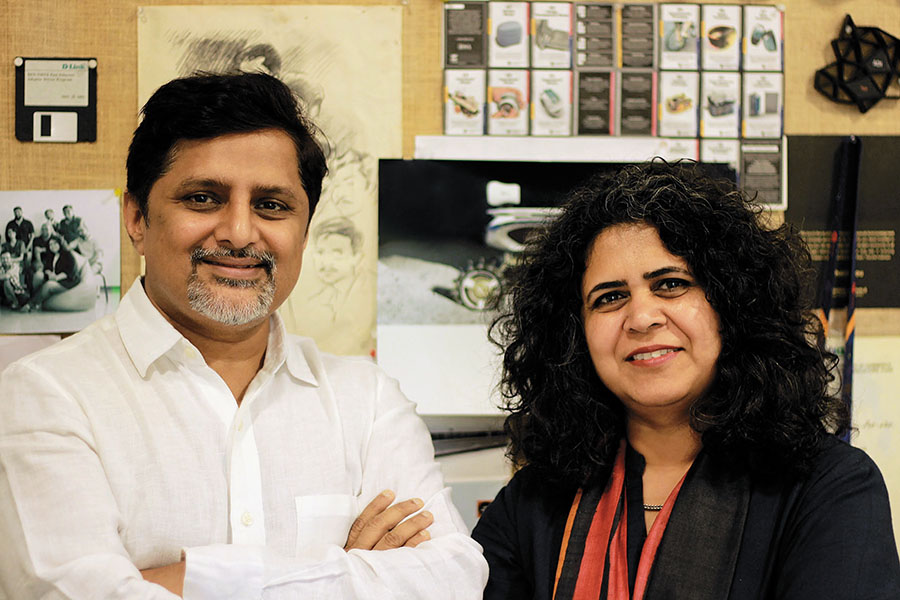 In 2013, Balkrishna Mahajan and Nishma Pandit of Ticket Design, won a Red Dot Design award for Etherena, an insertion device for the CopperT 380A contraceptive, designed for Pregna International Limited. The first-of-its-kind Integrated Contraceptive Insertion System allows for an entirely aseptic insertion process, as the physician’s hand touches only the grip area. The product also enables accurate placement of the intra-uterine device as it features an integrated uterine depth scale, thus also reducing the chances of perforation of the uterine wall. 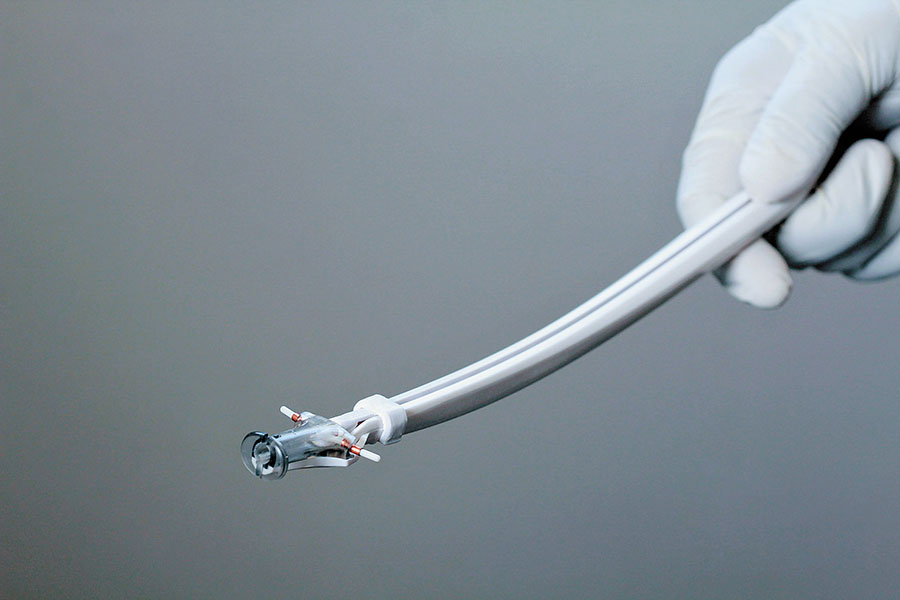 Etherena, by Ticket Design, is a disposable device to insert intra-uterine contraceptive devices
“The power of design is to enhance your life in such a way that you live longer and happier,” says Sanandan Sudhir, president and CEO of product design firm Inventgroup, who has over 18 years of experience in product design and development, and who has worked with organisations such as Lumium Innovations and GE Healthcare. “When a device has to perform a function internally or externally there is a lot of design,” he says. When the inventions are used to live longer, fight diseases or problems in the body, and when they need to interface either with the doctor or with the patient, in a way that the doctor becomes more efficient, and the patient is least ‘hurt’, design plays a huge role, he adds. 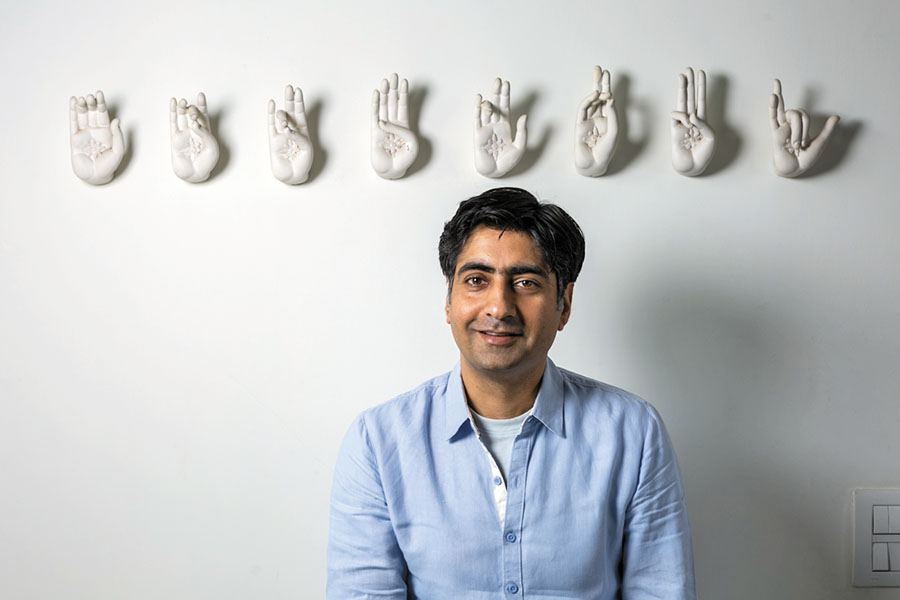 Amit Krishn Gulati
Age: 45
Co-founder and director, Incubis Consultants (India) Pvt Ltd
Incubis Consultants, a design and architecture firm based in Delhi, was called in to design the GE Lullaby Warmer for GE Healthcare in 2014. “The Incubis design team, together with engineers from GE, visited several primary health centres and neonatal centres in villages, and found that even places less than 100 km from the capital often had light bulbs crudely suspended over newborns as makeshift warmers. Horror stories of the bulbs exploding over the babies are not at all unusual,” says Amit Krishn Gulati, co-founder, Incubis Consultants. 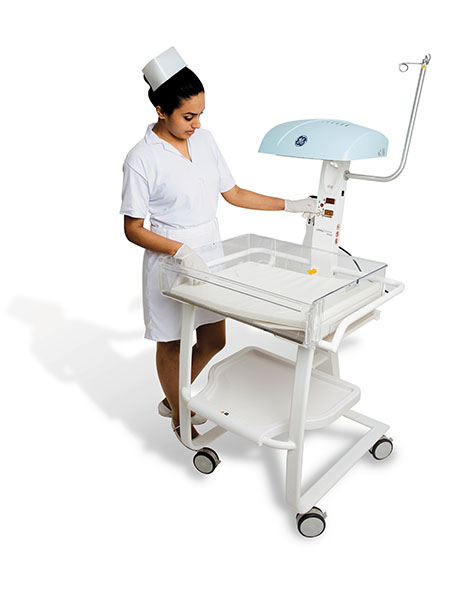 The Lullaby infant warmer ensures uniform heating, and easier access to the baby
The design solution the team offered is a compact, portable structure with only two moving parts. The unique ‘J-profile’ design reflects heat uniformly and also significantly improves access to the baby by altering the orientation of the bassinet. The structure also came with a built-in observation light, simple and intuitive icon-based controls and minimum sharp corners or crevices to avoid injury, and to facilitate ease of cleaning to minimise infections.

The design of the product and its sub-assemblies was optimised to reduce waste, increase ease of disassembly for repair and part-replacement in remote areas, and eventual recycling.

“India, with its diversity and challenges of access to quality health care, is a vibrant setting for new creative opportunities, especially for the design of affordable health care solutions,” says Gulati, adding that health care ideas that emerge and work well in India also have potential for global application. “The discovery and development of robust, affordable and effective health care solutions is something that needs to be scaled up massively to meet the needs of this underserved sector.”

Design in health care, however, unlike in other areas, needs a lot more research capability and a much stronger support system for technology development, testing, trials, compliance and international certification, all of which take time, experience and funding.

It took IcarusNova two years to develop their ear-testing device, and another year to get through the medical compliance process. To arrive at the first proof of concept of Etherena, Mahajan and Pandit had to create more than 1,000 prototypes of the insertion device. “The product went through a lot of iterations and studies to make it work since this was a completely new idea. Also, as a single use-and-dispose device, we wanted to ensure accuracy and proper functioning. Sterilisation and radiation also had a big impact on the functioning of the device. All this demanded validation and trials at multiple levels,” says Mahajan, for whom the challenge was to design a product that would evoke trust and friendliness, and be easy to manufacture as well. 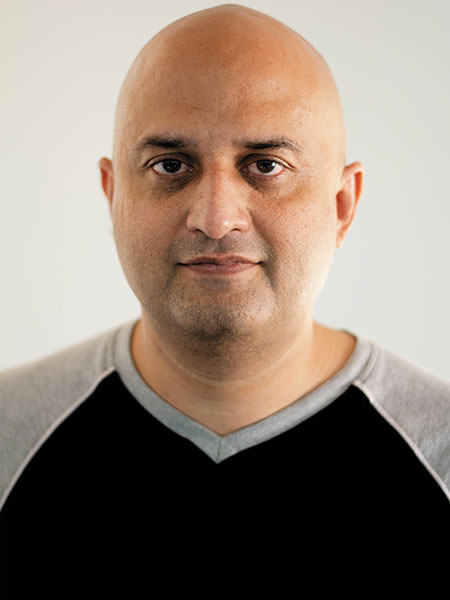 Sanandan Sudhir, 46, president and CEO Inventgroup, focuses on developing prototypes for innovative product ideas, applying for patents and manufacturing them
The other challenge, according to Sanandan, is that medical product design startups have financial constraints, even after seed funding. Funding organisations and incubators have limited understanding of how much money is required for product development, from idea to prototype and production. Their understanding is on the basis of development of a prototype for an app, and this cannot be applied to hardcore products, even more so in the medical domain; the research and development effort can sometimes cost more than three times the initial estimates, both in terms of time and money, he says.

The private sector, venture capital funds and the government need to identify firms, and independent design and technology teams who have an affinity for the sector and work out mechanisms to invest in ideas that can be rapidly prototyped and validated in close partnership with hospitals, community health networks and research institutions, says Gulati.

The process might result in some failures, but it will seed more capable partnerships and a stronger momentum for health care innovation.

Tweets by @forbes_india
IIT-Madras: Indian Institute of Innovation
The art of being the Rockefellers