Clicks versus Bricks: The Battle for the High Street

Could social media and e-commerce provide the road to salvation for beleaguered High Street retailers? In Britain, shopkeepers figure you can beat them – but how? 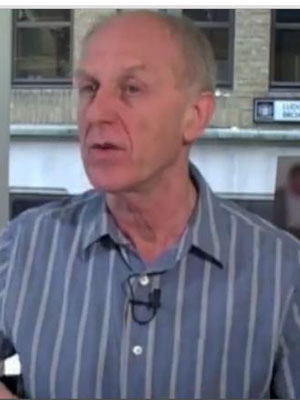 The U.K. High Street has always played a vital role as a barometer of the nation’s cultural and economic health. With a record number of national chains going to the wall, high profile closures are changing the look, composition, and even the identity of the high street.

According to the latest figures from the British Retail Consortium, BRC, 11.3 percent of shops in town centres are now empty – an all time high. The rot set in with Woolworths in 2008; since the beginning of 2013, HMV, Blockbusters, camera chain Jessops and the electrical retailer Comet all went into administration.

Frédéric Godart, INSEAD Assistant Professor of Organisational Behaviour, believes that the demise of these chains is partly down to the impact of e-commerce and partly a failure to adapt to a changing economic conditions and tastes. “In many cases big retail chains went under because they were not able to adapt to changing tastes, and that happened before the rise of e-commerce. In general, retail is a very deadly business. Some estimates show that up to 70 percent of all retail start-ups fail within 10 years.”

According to a report just published by PricewaterhouseCoopers, large chains in the U.K. closed 20 shops per day in 2012 – the highest on record. 2013 has seen the downward trend become even worse. Chains reduced their store numbers by 2.7 percent last year, compared with a 0.25 percent decline in 2011 and an increase of 1.2 percent in 2009.

High Street Better Place Without Woolworths
But Richard Perks, retail analyst at Mintel, argues this is not a sign of terminal decline but that the high street is contracting and reinventing itself.  “The majority of empty outlets are in tertiary and secondary positions. The High Street has contracted into the primary space: when prime location space becomes available it is let easily. Think back to Woolworths – and the high street is a far better space without Woolworths – those shops have been replaced with retailers doing what Woolworths should have done but doing it far, far better. “ Ironically many of the pound shops who took over Woolworths stores, have a very similar business model to Woolworth’s original one – pile it high and sell it cheap.

Big chains and smaller retailers have been suffering from a toxic combination of weak demand and rising costs. According to the British Retail Consortium the costs of doing business have risen by 21 percent since 2006. With sales values over the same period increasing by only 12 percent.

"These latest administrations are a stark illustration of the pressures retailers are under at a time when we've got relentlessly weak consumer demand coupled with rising costs," says Richard Dodd, the BRC's head of campaigns. “If the government wants to protect the High Street,” he says, “it needs to invest in town centres and address the old issues of parking and access. But, more pressingly, it also has to bring down the costs of doing business.”
Online Threat or Opportunity?

But perhaps the biggest threat (or opportunity) for traditional retailers is ‘e-commerce’ where the volume of online sales has begun to reach critical mass. Last year, shoppers spent 12.8 percent more on the Internet than a year earlier, according to research from Barclaycard, which processes close to half of all U.K. card transactions. Nearly one-fifth of all retail transactions are now made online.

Dan Wagner, CEO and chairman of mPowa and Powa Technologies, responsible for implementing online and mobile retail platforms for high street brands, believes Internet shopping is now more popular in the U.K. than any other country. The recent failures simply omitted to embrace the multichannel world.

“They had only ever dealt with customers in the physical world and failed to interact with the consumer in multiple ways. For example buy online or on your mobile and pick up in store. Or browse in store and we’ll deliver to your home. John Lewis have done that and leveraged their multiple channels and touchpoints with the consumer very well. Apple too have embraced the multichannel approach very successfully with their showcase stores in conjunction with online and mobile channels.”

Forty of the Jessops camera chain stores have now been bought out by telecom entrepreneur, Peter Jones, who is relaunching them as a “click and collect” multichannel model. The stores are being redesigned to create an experience more like the Apple Stores and for the first time prices in store will be the same as online. Jones said at the opening of the first store in London that ‘click and collect’ would be a principal driver of sales in the store’s new incarnation. “I think Amazon will start to lose their market share because they do not have a collect at store. Nobody likes waiting in for a delivery.”

John Lewis’ Multi-Channel Approach
Department stores are one of the biggest growth areas for online shopping - up 37 percent online in the last year. John Lewis had its best web year on record, largely because it has a strategy of embracing the Internet while still investing £50 million in its high street portfolio. They announced a 44.3 percent increase in sales through its click or collect service over the Christmas period, while its overall online sales totaled £684.8 million.

John Lewis is now extending the reach of its online empire via a network of thousands of corner shops. The department store is joining the Collect+ scheme, which allows shoppers to pick up and return items bought online at up to 5,000 independent retailers. This not only helps department stores like John Lewis grow their online business, but it also drives big store customers to small outlets and includes them in the multichannel revolution.

European high streets are also suffering. INSEAD’s Godart cites Surcouf (a retailer specialised in electronic goods), Virgin (a subsidiary of the British company focusing on cultural goods), Game (video games). Even stalwarts such as the Samaritaine (a famous department store in the heart of Paris) did not survive changing tastes and shopping habits. “In the first three cases, online commerce is largely responsible for the demise of the big chains. They could not match a much larger offer, often world-class customer service, and less hassle. E-retailers drove prices down, but did not ose sight of customer satisfaction, and had a wider product offering. They won because they had a better value proposition for customers.”

Social Fashionistas
Richard Lowe, head of retail and wholesale at Barclays, believes that “social commerce” is the only way forward. He predicts that by 2016 the extra sales generated by social media will double to £3.3 billion. Burberry was one of the early adopters and is already beginning to reap the “social commerce” dividend with strong sales figures and profit growth during a time when most retailers are suffering.

Burberry has more than 12.3 million fans on Facebook, compared to rivals Louis Vuitton with 7.3 million and Prada 1.6 million. It made innovative use of the Twitter platform to hold the first ever “Tweetwalk” during London’s fashion week. Followers of Burberry’s Twitter account were able to see photographs of the models wearing the latest collection uploaded in real time as the show happened. By openly sharing exclusive events with its fans and followers, Burberry has been able to directly engage with its customers online.

But Richard Perks from Mintel warns that a retailer that just tries to sell online is at a disadvantage. “ASOS (the fashion brand) is a great business but it doesn’t have any stores. The only way it can attract people to its site is through very heavy marketing.”

One of the paradoxes of previous recessions is that luxury goods retailers tended to buck the trend. But Godart believes this time that “luxury goods have benefitted from the rise of the middle and upper classes in some countries such as China. This was largely enough to compensate maturing Western markets. So it’s not really that luxury products always do well in recessions, it’s that in this particular recession there was an exit opportunity for the industry, and it was China and other rising powers that took up the demand.”

Vision for the Future
Godart identifies three trends for the future of retail. “First, it seems that the transition to e-commerce will happen in markets where it hasn’t happened yet—think about shoes; Sarenza and Zalando in Europe are booming even though we’ve always been told that shoes cannot be sold and bought online because you need to try them out first. Secondly, bricks and mortar will not disappear, and some niche products and locations will thrive on narrowly focused offers. For example, very high end products, whether in food or jewellery, can benefit from carefully crafted retail experiences. Thirdly, we’ll see more gigantic malls such as those found in Dubai: the retail experience there is akin to tourism, which is a booming industry.”

So it seems reports of the death of the high street may be greatly exaggerated. It’s simply relocating, shrinking and evolving. In the multichannel retail world a shop needs to be more than just a physical space on the high street or in a giant mall. Retailers need to take a lease on the online virtual, mobile and social media high streets as well. Richard Perks from Mintel believes, “The high street that emerges from this recession will be a much more exciting and a much more exciting place than the one that went into the downturn.”

Tweets by @forbesindia
The Rhythms of Zakir Hussain
Is NREGA Running Out of Steam?