The tension-filled world of luxury consumption 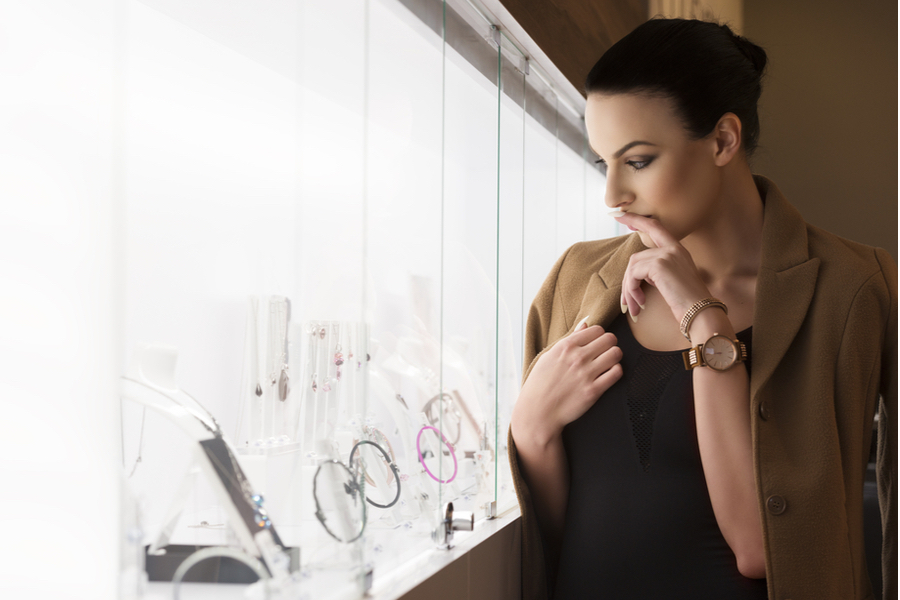 Luxury’s purpose used to be straightforward enough: to power dreams by creating social distance between the elite and the rest. For a few hundred years, this role was even bolstered by sumptuary laws in Europe and Asia that forbid the bourgeoisie to dress like aristocrats. Luxury consumption was the right, privilege and perhaps even the duty of the wealthy. But barriers to luxury fell progressively, until it was described as “the ordinary consumption of extraordinary people and the extraordinary consumption of ordinary people”.

This multiplication of consumers and the increasingly easy access to luxury through digital technologies is not without its headaches for luxury brands. How can they convince the wealthy to continue buying such products when regular people partake too?

In a review of the latest advances in the psychology of luxury consumption, SungJin Jung, Nailya Ordabeya and I synthesised about ten years of research across the field. We found a common thread: the idea that the drivers, forms and consequences of luxury consumption – all three dynamic elements of purchases – involve tensions requiring great finesse on the part of luxury brands as they try to approach, communicate with, and ultimately retain clients.

Drivers
Our analysis of the drivers fuelling the desire for luxury revealed this desire often stems from conflicting motives. At the heart of it is the need for status, a deeply ingrained and often unconscious force guiding thoughts, feelings and behaviour about luxury brands. For instance, recent research showed that administering testosterone – a known biological driver of rank-related behaviour in the animal kingdom – to men increased the subjects’ preference for luxury brands such as Calvin Klein, but did not help a non-luxury brand of a similar quality such as Levi’s.

Of course, the matter is not that simple. Take what researchers have dubbed the “Abercrombie & Fitch effect”. This fashion retailer used to position tall, shirtless hunks as “brand ambassadors” at the entrance of its stores. It was easy to assume that such a tactic would lure in female consumers and boost their spending. But research showed that it was male customers instead – especially shorter men or those with a high hand digit ratio indicative of low levels of testosterone – who purchased more expensive products in the presence of physically dominant male employees. These male consumers were particularly prone to buying items that featured large status-signalling logos.

Research also uncovered new tensions tied to whether consumers strategically use luxury to advance vs. maintain their status. While politically conservative consumers were known to care more than liberal-leaning ones about social status, it turned out that wealthy conservatives are especially reliant on luxury products and brands to affirm their social ranking. Meanwhile, liberals prefer to buy unique, creative products or experiences – often far from material luxury. In sum, conservatives want to be “better than”, liberals want to be “different from”.

In this backdrop, luxury consumption is also run through with tensions tied to structural drivers such as income inequality. For instance, greater income inequality in a particular geography can heighten individuals’ sensitivity to status signals. One study found that in US states with higher income disparity, over 70 percent of the most frequent online queries referred to status goods (e.g. luxury brands and jewellery). In more “equal” states, none of the top 40 online queries referred to such items.

Forms
Luxury consumption used to strictly mean the purchase and display of items from well-known luxury brands. It has now taken on diverse and sometimes unexpected forms – within the traditional luxury domain but also beyond and even outside of it. What luxury means to consumers – or the benefits it provides to them – has become highly individualised.

For the same purpose of differentiating themselves from the middle class, high-status individuals may mix and match traditional luxury products with non-luxury ones. For instance, they might buy duct-taped shoes for hundreds of dollars, or dine on smoked goose and foie gras gumbo. And while traditional luxury products are typically associated with a high aesthetic appeal, ugly luxury products can also command a premium if they are perceived as more distinct and ‘fashion-forward’. Following this fast-paced signalling game requires a lot of attention and increasingly builds on the use of big data analytics to uncover emerging forms of consumption.

Luxury consumers have also started looking outside of the traditional luxury categories and increasingly invest in education and health. Parents, for instance, face mounting pressure to send their children to elite kindergartens and schools. In Beijing, the fees for such kindergartens can be up to six times the cost of a top university education.

Luxury consumers will also spend on organic groceries – including exorbitantly priced heirloom tomatoes – and pay for high-end fitness equipment, classes and clubs, the kind where treadmills come with oxygen vaporisers, the lockers have built-in USB chargers and the towels are eucalyptus-scented. Some of these clubs are by invitation only and require interviews, complete with a review of the applicants’ Instagram profile. Using sustainable energy and materials is also becoming associated with privilege and status. Think a green roof, or geothermal heating and cooling – whose benefits “may outweigh the costs”, according to a Christies’ blog.

Consequences
Finally, the latest research shows that buying luxury goods gives rise to conflicting positive and negative feelings, possibly at the same time. Wearing luxury brands may help consumers project competence and lead to preferential treatment. However, signalling status via luxury items does not help anyone make new friends, despite what one might think. In fact, luxury consumers are perceived as less warm and less social as they are viewed as attempting to manage impressions. In sum, while buyers of luxury may strictly want to convey a sense of accomplishment, they often end up signalling arrogance instead.

Luxury can also be a double-edged sword on a psychological level. For instance, the power of luxury is such that merely thinking about owning a luxury product can shield the self against the sting of negative feedback. On the other hand, such consumption can also make consumers feel inauthentic because it is seen as an undue privilege. In addition, it can trigger negative emotions such as shame and guilt. The upshot is that charity and luxury can be a match made in heaven: When charity collaborates with luxury at points-of-sale, it boosts preferences for luxury brands over value brands by reducing consumer guilt.

Luxury: Handle with caution
Representing merely a sample of our review, these recent advances in the drivers, forms and consequences of luxury consumption reveal tensions at each step of the process, summarised in the figure below.

The vehicles of the pursuit of status constantly change in step with evolving norms and values that prevail in specific groups or at specific points in time. Luxury brand executives increasingly need to learn about an expanding number of factors that interact – and possibly conflict – in shaping luxury consumption, growing with the ever more intense digitisation of marketplaces. They walk a thin line indeed.

Tweets by @forbesindia
How rich countries got to the front of the vaccine line
Famine stalks Yemen, as war drags on and foreign aid wanes