Experience shows that good ideas and early success aren’t enough. What does it take to stay on top?

The idea for the world’s first CT scanner was conceived in 1967 by Godfrey Hounsfield, a scientist at EMI, a British company. However, much to EMI’s dismay, by the time Hounsfield was rewarded for his innovation with the 1979 Nobel Prize in Physiology or Medicine, the company had ceded almost complete control over the CT scanner market to later entrants GE and Siemens.

H. Edward Roberts, designer of the Altair computer circa 1975, is widely regarded as the inventor of the personal computer. The legendary Steve Jobs and his partner Steve Wozniak were the duo who brought the PC to the masses in 1977. However, by the early 1980s, it was a later entrant IBM, rather than Altair or Apple, which dominated the global PC industry. Using Intel and Microsoft as key suppliers (of the microprocessor and the operating system respectively), IBM entered the PC business in 1981 – fully four years after Apple’s entry. 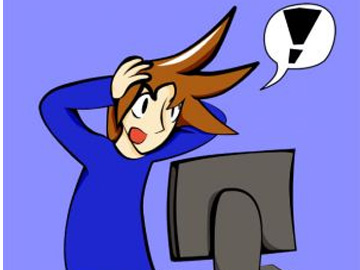 Marc Andreessen, leader of the Mosaic team at the National Center for Supercomputing Applications and co-founder of Netscape, launched the world’s first commercial internet browser circa 1993-1994 and quickly commanded a market share of over 90 percent. Yet, barely five years later, Microsoft’s Internet Explorer had come to dominate the browser market rendering Netscape Navigator to the verge of extinction.

Harsh reality
These and countless other examples illustrate a harsh reality. More often than not, the innovating firm is not the one that survives or emerges as the market leader even five years down the road. In his first stint at Apple, Steve Jobs was blind to this common reality. In his second stint, however, Jobs was far shrewder. During his twelve-year exile from Apple, he had learned how to translate insanely great innovations into sustainable market leadership.

Why do innovators not always win (and why is it that that sometimes they do)? We outline four primary reasons, going from the most to the least obvious.

The first and most common reason why innovators lose out to shrewd followers is an inability to protect one’s intellectual property rights. Schneider Electric, the French company, learned a harsh lesson when it found itself the target of an IP-infringement lawsuit by Chint, a Chinese company. Schneider’s argument that Chint was a copycat which had pre-empted it in China by obtaining a local patent proved futile in Chinese courts. Schneider was forced to pay damages and cede the market for the particular product to its nemesis.

A second reason why innovators often cede the ground to followers is overlooking the fact that innovation is a never-ending race. You may be the pioneer in round one. However, if you get overly focused on exploitation and not enough on ongoing exploration, a competitor could learn from and leapfrog over you in round two. The videogame console industry has demonstrated this phenomenon repeatedly. Nolan Bushnell, widely regarded as the “father of videogames” founded Atari Corporation in 1972 and hired Steve Jobs and Steve Wozniak as two of his earliest employees. By 1982, Atari had reached nearly US$2 billion in revenues, making it the fastest growing company in U.S. history. However, as new technologies would continue to emerge, leadership in the home videogame industry switched repeatedly - from Atari to Nintendo Entertainment System (NES), then to Sega (Genesis), from there to Sony (PlayStation), and then from Sony to Microsoft (Xbox).

Excessive devotion
A third important factor why innovators don’t always win has to do with excessive devotion to technological wizardry and not enough to usability and customer benefits. This is largely why Apple’s first PDA, the Newton, proved to be a commercial dud. Instead of resting on their laurels too early, innovators need to spend the time and effort to look at the product from the customer’s point of view. What customers care about is ease-of-use and derived benefits, not technological innovation per se.

The fourth, least obvious and often the most potent reason why innovators don’t always win, has to do with blindness to the importance of complements. EMI’s technological leadership in CT scanners was, by itself, not sufficient to win with hospitals. It also needed a manufacturing, sales, and service network – domains where GE and Siemens had a commanding advantage over EMI. A cool PC, such as the 1984 Mac, could not by itself win market leadership with families and office workers. Computers are useless without application software, a domain where the IBM-Microsoft-Intel team was far ahead of Apple. Far too many innovators overlook the critical role that complements play in enabling the company to win the hearts, minds, and wallets of end customers.

Even smart political leaders can fall prey to the dangers of ignoring the criticality of complements. Barack Obama and Joe Biden have repeatedly called on America to out-innovate emerging economies such as China and India. Obama and Biden overlook, however, that America’s problems have little to do with any real or perceived weakness in R&D. Instead, the country’s problems are rooted far more squarely in a complement to R&D – a manufacturing sector that is much weaker than it was in 1990.

Anil K. Gupta (anil.gupta@insead.edu) is a Visiting Professor of Strategy at INSEAD and the Michael D. Dingman Chair in Strategy and Entrepreneurship at The University of Maryland. Haiyan Wang (hwang@chinaindiainstitute.com) is managing partner of the China India Institute. They are the coauthors of Getting China and India Right (Wiley, 2009) and The Quest for Global Dominance (Wiley, 2008).

Tweets by @forbes_india
How Fear Impacts Stock Market Decisions
Are We Happy Yet? The Unexpected Links Between Happiness and Choice