Antiquities : The Blast From the Past

Antiquities are rare, cumbersome to buy and sell and come with storage costs. But for the hard-working investor, they can be a gold mine 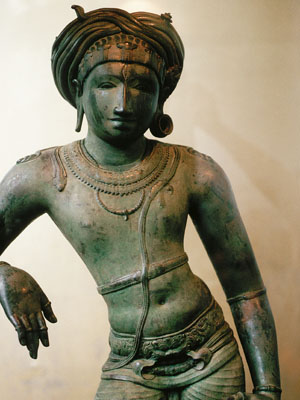 Antiquities are the tell-tales of the history of the world. Their importance lies in their dwindling numbers and their reflection of the culture of bygone societies. A historical object of significance will only get rarer with time, and as the rule goes, the rarer the object, the more valuable it is.

The most expensive antiquity ever sold via auction is the Guennol Lioness which went for $57 million at Sotheby’s in 2007. With such objects, there is simply “no threat of oversupply equalling a price drop”, says Deepak Natesan, an antiquity dealer in Mumbai. One should look at putting money in these because high quality, well-maintained antiquities with clear provenance are possibly the safest long-term investments one can make in tangible objects that you can enjoy. The only limiting factor is the small number of dealers and outlets for buying and selling.

A Safe Haven
“Antiquities have a very strong foundation because these are finite objects. Even when the market is dull, their prices do not fall...The growth in India has always been slow and steady,” says Natesan. However, this only applies to good quality antiquities. So one needs to do a lot of research because only then will you acquire something investment worthy. This can be exhausting but there is no other way.

With a rich history, India brims with antiquated objects. “We have an uninterrupted civilisation and a lot of our stone-based art has survived,” says Mukeeta Jhaveri, art collector. However, laws prohibit the export of Indian antiquities, specifically sculptures and paintings. Moreover, “half the joy of collecting goes because of the hassles involved in doing it as per the law,” says Abhishek Poddar, art collector. The procedures may be tedious but if you give it that extra effort, you could possess something priceless.
The government is trying to ease the laws on antiquities. The Federation of Indian Chambers of Commerce and Industry (FICCI) released a report in April 2010 with recommendations to reduce the challenges of the art economy. If such efforts bear fruit, the market is bound to open up in the foreseeable future. Currently, “[Indian] antiquities are under priced”, says Ashish Anand, Delhi Art Gallery. “If you get something with impeccable provenance, it is a good time to buy because the prices will definitely go up,” he says.

Buying it Locally
Over the past few years, Indian antiquities within the country have appreciated at 40 percent per year. They fell flat in 2008 but stabilised in 2009 and are now back on track, says Natesan.

There are only 10 to 15 registered dealers in the country so it is a task to find well documented antiquities. You can buy from unregistered dealers but the perils with this is the lack of information on the origin­ — which could devalue it — and the possibility of fakes. When you do buy from official dealers, the antiquities are already registered with the Archaeological Survey of India (ASI). You just need to submit a ‘Transfer of Ownership’ form to the ASI within 10 days of the transfer.

Even if you move the object to a different location, you need to inform the ASI officer in your area. This is only a notification, but could be considered an additional hassle. “I like that I can take my art home on a whim. You can’t do that with antiquities,” says Deepak Shahadpuri, art collector.

“Most new antiquities collectors are very discreet. The idea is to build up a great collection before the others start buying,” says Natesan. At this point, you can get Indian antiquities for great prices because they are not big. However, they will get to be very sought after in a couple of years, so it would be wise to secure a collection at this point.

Selling: You should keep antiquities bought in India for at least five years for them to appreciate enough. You can sell all kinds of antiquities through registered dealers or auction houses.

Getting it from Abroad
When you purchase Indian antiquities overseas to bring back, be aware of a couple of things. “If you buy from a Christie’s or Sotheby’s, you have to
wait much longer if you intend to sell in India because the prices there are much higher,” says Natesan. You also have to include the 15 percent duty, so forget about selling it in the short term.

You could also have problems while importing. Sometimes it is not as simple as just paying the 15 percent duty. Customs officials might suspect that you have undervalued it and that could lead to dispute. When the object does pass customs, you need to submit a registration form to the ASI. An officer usually comes to inspect that the item matches the details.

Selling: If you import Indian antiquities, hold it for a minimum of 10 years to get a good price within the country. If you keep it abroad (a better option), you could sell it sooner.

International Antiquities
You could purchase a variety of priceless antiquities from ancient civilisations like China, Mesopotamia, the Middle East etc. at auctions or from dealers like Art Ancient in the UK.

The value of many of these is astonishing. On November 11, 2010, a Chinese vase from the Qing Dynasty (1740) sold at Bainbridges in London for $83 million. If you purchase an object like this and bring it to India, you would need to pay the duty and may have trouble at customs, but you can always export the work again to sell. This is a great benefit in investing in non-Indian antiquities.

Selling: These can be sold after a couple of years, depending on the appreciation of that piece.