From grain to gain: Lessons for Indian farm policy 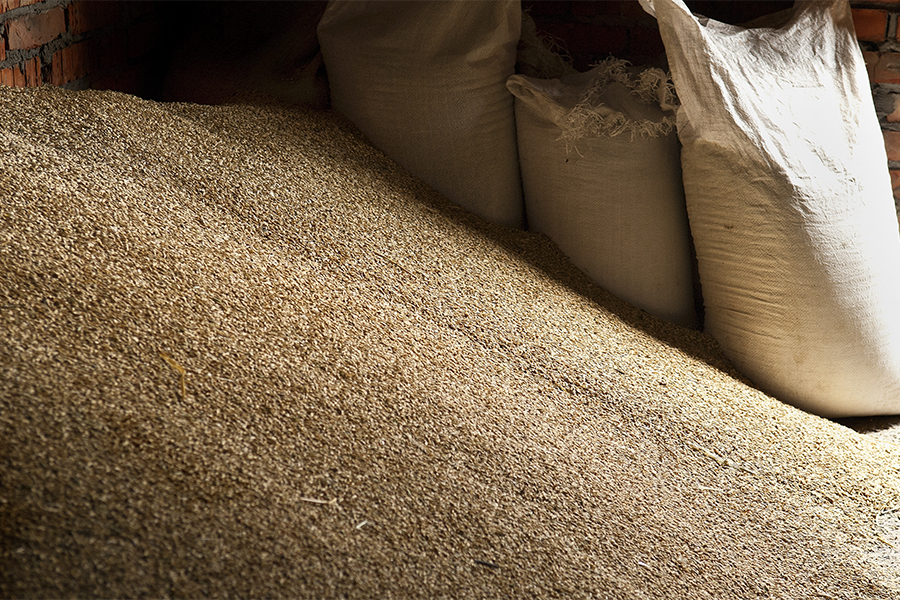 Specifically, when grain was stored in plain sight, it was hard for the farmers to say no to requests for food from friends and neighbours.
Image: Shutterstock

According to the Situation Assessment Survey of Agricultural Households in India (2013) by the National Sample Survey Office, farming communities remain far removed from opportunities that enable long-term storage and high value sales of produce. Even low output, if sold at the right time, can garner high returns– for instance, through sales at higher prices during the lean season. However, Indian smallholder farmers might be prioritising short-term disposal of grain over the promise of long-term gain, and might be missing out on seasonal arbitrage opportunities.
Kenyan Agriculture Study

Agriculture communities in western Kenya were also found to be not taking advantage of higher produce prices between the harvest and lean seasons. Shilpa Aggarwal, an expert in the Economics and Public Policy area at the Indian School of Business (ISB) and colleagues researched smallholder Kenyan farmers’ inability to save grain in the immediate post-harvest period for future gain in the lean season when produce prices would be much higher.

Aggarwal and her co-authors observe: “Staple food prices in rural Africa display predictable, sizeable seasonal price changes, from post-harvest troughs to lean season peaks. Many smallholder farmers are unable to exploit this opportunity, and sell output immediately after harvest at low prices, sometimes even buying maize later in the season when prices have risen. One important reason why inter-temporal returns remain unexploited might be that farmers lack access to a good storage technology.”

Why were Kenyan farmers not able to take advantage of peak crop prices during the lean season? On the one hand were tangible factors such as a lack of access to good storage. Close to 98% of the farmers were storing their produce on a platform or a table at home, leading to spoilage due to pests or moisture. Kenyan farmers also faced personal and interpersonal challenges due to such visible storage. Specifically, when grain was stored in plain sight, it was hard for the farmers to say no to requests for food from friends and neighbours. Moreover, farmers reported that even in the absence of such requests, open stocks of food often did not last long as they and their family ended up consuming more.

The question investigated by this study was: can farmers in Kenya be encouraged to set aside some maize for later sales and realise greater profits? Aggarwal and colleagues introduced three combined interventions to the 132 treatment farmer groups participating in the study:
1) Physical Technology: The study’s authors introduced storage technology to minimise spoilage. Two key storage supplies were provided to the treatment group: (1) triple-layered plastic bags (or PICS bags) capable of being hermetically sealed and designed specifically for storing grain, and (2) a heavily subsidised wooden stand to keep the maize elevated from the ground and less susceptible to pests or water damage.

2) Social Commitment: The maize set aside was stored in communal bags at a single member’s house (usually the farmers’ group’s treasurer). Storing together as a community encouraged peer effects, because everyone else was also storing.

3) Mental Accounting: Farmers separated a portion of their maize-holding from the rest of the stock, and allocated it to the purpose of later sale (“labelling”). This had a psychological effect of creating a separate (but notional) mental account (in this case, “later sale”), and stocks labelled in such a manner were less likely to be drawn upon for other uses.

Results from Kenya
The study experiment led to more grain being stored, and resulted in greater post-harvest sales at higher prices. About 92% of the treatment group reported successfully storing maize without spoilage for a month or more, with an objective to realise higher prices. About 57% of all respondents made at least one deposit of maize in the common pool, demonstrating an effective savings intervention. Finally, sales in the treatment group were on average one month later than in the control group, and fetched 4% higher prices at the time of sale.

This research shows that an approach combining robust storage, mental accounting, and social commitment might be one way to encourage greater savings and profit generation. Specifically, no amount of social commitment or mental accounting will spur storage if farmers view it as fundamentally risky due to the potential for spoilage. Similarly, merely providing insulated bags that continue to locate grain in plain sight will not arrest intra- and interpersonal issues such as peer pressure for sharing or over-consumption at home. The study’s ‘combination approach’ removed the material, cognitive, and motivational barriers to saving grain and enabled Kenyan smallholder farmers to access higher agricultural produce prices. Storage thus became an act of savings as well as an investment for the farming communities participating in this study.

Lessons for Indian Agriculture from Kenya
The Kenyan findings highlight that it is important to provide a support system for implementing novel interventions. In India, the government has recently introduced eNAM or the Electronic National Agriculture Market, an online trading portal with the aim of facilitating higher returns to farmers. The online portal enables local traders as well as traders outside the state to bid for a farmer’s produce. The farmer has the choice of accepting either local or online offers to get the most competitive price. However, buy-in from farmers has lagged behind, and eNAM has been able to enrol only 3.4% out of 130 million farmers in India since its launch in 2016.

While eNAM is a step in the right direction, it presumes that farmers are capable of bringing their produce to market. Thus, smallholder farmers who are unable to utilise the portal might end up selling produce at low prices locally rather than taking advantage of national trading opportunities at higher prices.

What steps might propel the Indian online agricultural trading model to further success? Group-based savings interventions such as the one spearheaded by Aggarwal and her colleagues in Kenya might be one way of bridging the gap between farm and market. Currently, there are different collective models within Indian agriculture, such as self-help groups and cooperatives, which have instituted village-level grain banks with varying success. Such group-based interventions, as well as the long tradition of Gram Panchayat bodies in India, could be utilised to inculcate a savings or mental accounting approach for maximising profit through setting aside produce as an investment. Another logical step for eNAM would be to link the group-level resources more strongly with technological interventions and try to mitigate existing material, cognitive, and motivational barriers to online agriculture commodity trading.

The most important takeaway from the Kenyan experiment for Indian policymakers is that technological interventions and group-level savings can, indeed increase income, in both harvest and lean seasons. Complementary interventions that help farmers in saving grain today for greater gain tomorrow could enhance eNAM’s promise of “per drop, more crop” for Indian smallholder farmers.

About the Research:
Aggarwal, S., Francis, E. and Robinson, J., 2017. Grain Today, Gain Tomorrow: Evidence from a Storage Experiment with Savings Clubs in Kenya. Working Paper, Indian School of Business.
About the Writer:
Yogini Joglekar is a writer with the Centre for Learning and Management Practice at the Indian School of Business and Visiting Faculty at the Narsee Monjee Institute of Management Studies.

Tweets by @forbes_india
I'm going to do the right thing for the country: Donald Trump
Flipkart's PhonePe calculations