After the financial crisis of 2007-09, some researchers and industry groups suggested that avoiding another crisis could be as simple as changing the accounting rules under which financial firms operate.

Could it really be that easy? While it’s impossible to know with absolute certainty, two papers by two UNC professors and colleagues at other institutions suggest the complicatedanswer is no. 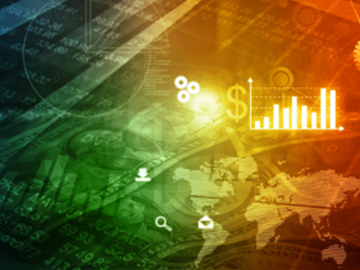 Industry groups and others have proposed to allow financial firms to adopt historical cost accounting (HCA) rules instead of mark-to-market (MTM) rules to value their assets.
The American Bankers Association (ABA) wrote a September 2008 letter to the Securities and Exchange Commission that said, “The problems that exist in today’s financial markets can be traced to many different factors. One factor that is recognized as having exacerbated these problems is fair-value accounting."
The ABA’s argument goes like this: If assets were valued at their historical cost, a plunge in prices in the market wouldn’t trigger sell-offs because it wouldn’t affect the regulatory capital ratios that financial firms must maintain.

Because banks and some other financial services firms are sometimes required to value their assets using mark-to-market (or fair value) methods, when prices of some of those assets plunged, their capital levels also dropped. Regulations require banks and other financial firms to maintain certain capital levels. So when prices of some assets plunged, firms sold them quickly as a way to get them off their balance sheet and boost levels of less risky assets.

However, those “fire sales” had side effects: As some institutions sold off these risky assets (mostly asset-backed securities), prices plunged further, which then required more companies to sell more assets to maintain capital levels required by the regulations.

The result? A “liquidity black hole” that rippled across the financial markets and helped tip the economy into the deepest recession since the Great Depression.

The ABA and others have argued that by using historical cost instead of mark-to-market, asset levels wouldn’t have precipitously dropped, fire sales would have been avoided and the dangerous ripples that spread throughout the global financial system in 2008 could have been muted or eliminated.

Since the crisis, policy makers, regulators, Wall Street executives and academics have been wrestling with the question of how to prevent future financial crises. Could the solution be as simple as changing what accounting methods regulations require?

Finding evidence
All the arguments for or against changing accounting methods have a common weakness: They are theoretical, rather than grounded in real-world data.

Perhaps even more importantly, they don’t take into account the complex interactions between accounting methods and regulations. They also fail to account for other, unintended consequences that such a regulatory change might have on trading behaviors.

Research by UNC Kenan-Flagler finance professors Christian Lundblad and Chotibhak (Pab) Jotikasthira suggest the debate about accounting methods is, at best, misplaced, and at worst, might fail to protect us from extreme financial market volatility.

Unlike the theoretical debate about what might have happened with a different set of accounting rules, the insurance company dataset allowed the researchers to observe what insurance industry investment managers actually did under either MTM or HCA rules.

The insurance company dataset, drawn largely from information collected by the National Association of Insurance Commissioners, allowed Lundblad and his colleagues to actually observe how investment managers made decisions before the financial crisis and during it, depending on which accounting methods they followed. And because the insurance companies are regulated on a state level — where there may be differences in how closely they’re required to follow one accounting method or the other — the researchers could even observe differences in behavior among life insurance companies and among P&C insurers. That means they could rule out industry differences that might otherwise be influencing investment decisions.
Accounting isn’t the answer
So would changing accounting methods help us avoid future financial market meltdowns? Probably not. 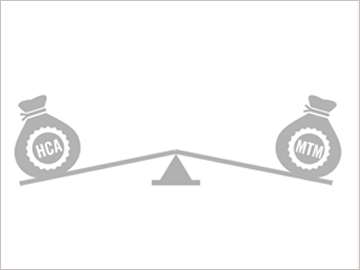 “I wouldn’t say that one is categorically better than the other,” Lundblad says. “It’s important that there are tradeoffs and potentially unanticipated consequences with either.”

Here’s what the researchers found.

The P&C insurers that were, like many banks, required to use MTM accounting, were more cautious before the crisis in acquiring those kinds of assets. They were less likely to load up their balance sheets with riskier, asset-based securities, presumably because they recognized the possibility they might have to unload them quickly if credit agencies lowered their ratings on those securities or their prices dropped quickly.

The life insurers, on the other hand, tended to engage in a different kind of behavior. First, prior to the crisis, they disproportionately purchased risker securities, perhaps knowing they wouldn’t have to face the accounting consequences of future valuation decline.

Second, during the crisis, they engaged in so-called “gains trading.” Faced with a widening gap between the book value of their risky assets and their actual market prices, the insurers tended to sell off the assets that had increased the most in value – things like corporate bonds or government treasuries. That allowed the life insurers to recognize big gains and strengthen their balance sheet, but it also produced system-wide downward pressure on the prices of those kinds of assets, too.

So switching to historical cost accounting also would have unintended, potentially negative consequences.

Lundblad says the two papers highlight how closely entangled accounting methods and financial system regulations are. Preventing future crises, then, is not as simple as just changing accounting rules. In fact, there might be no simple answers and no guarantees that new rules will prevent future problems.

“We view it as a necessarily incorrect system,” Lundblad says. “There will always be unintended consequences. In the face of that, the best we can do is try to get a handle on all the different things that can happen and guide improvements to all aspects of the regulations.”

Tweets by @forbesindia
AI platforms will be at the core of true digital businesses: Cognizant
The Secret to Keeping a Family Business Intact Across Generations