It's a steal for steel companies

The insolvency process has seen a disproportionate interest in steel assets 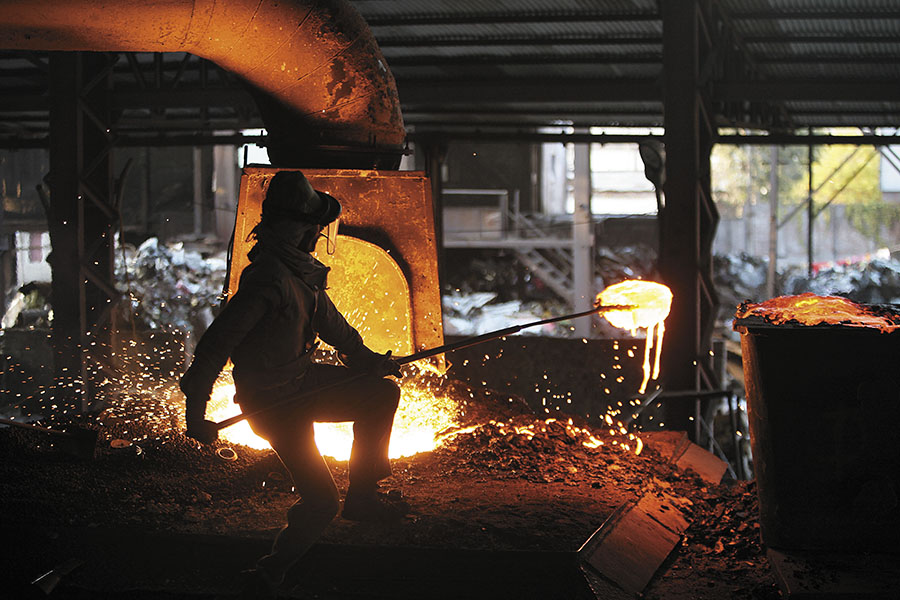 The steel sector is seeing a healthy increase in sales after a nine-year down cycle
Image: Mukesh Gupta / Reuters

A revival in the steel cycle has resulted in a scramble for Indian steel assets that have been put on the block for failure to pay their loans. This is in sharp contrast to for-sale companies in other sectors where the business cycle is yet to show signs of improvement.

Each of the six steel makers (see table) have seen two or more bids and in at least one case, Essar Steel, the promoters are believed to be working on submitting a bid along with a financial backer.

The bids come at a time when the steel sector is seeing a healthy increase in sales after a nine-year down cycle, which began with the 2008 financial crisis. Globally, a revival in growth in the US and Europe has led to mills operating at increased capacity. The market has also quickly priced in the improved prospects. Share prices of Arcelor Mittal, the world’s largest steel producer, and Nucor, the largest US steel producer, are up 40 percent in the last six months. The planned infrastructure spending in the US is expected to boost demand and act as a floor to prices. 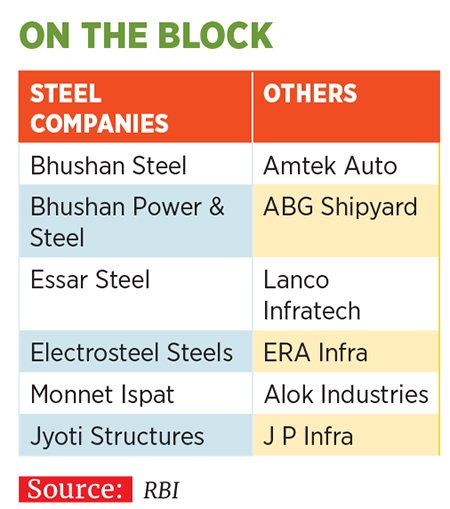 In India, the imposition of anti-dumping duties has allowed steel makers to boost profitability. Now, with demand reviving and the difficulties– everything from licences to environmental clearances, and land acquisition to trained manpower–in putting up a greenfield unit, the assets already operational are in play. While it costs $750-800 a tonne to set up a new steel plant, the ones up for auction could be available for $500-600 per tonne.

“The assets are good and no one has skimmed on the quality of assets,” says Malay Mukherjee, a steel industry veteran. He believes that the new owners should be able to turn things around rapidly once the bottlenecks are identified. According to him, the assets went bad not so much due to a lack of demand but due to working capital and operational issues. In some cases, the plants were also constructed at costs higher than the accepted benchmark of $1 billion for one million tonnes. Among the issues that owners would have to contend with are inadequate information and time to conduct their due diligence. As a result, the bids they submit would be ‘partially blind bids’.

What of the other companies up for sale? Except in the case of Amtek Auto there is a lack of interest among buyers. They believe there is no urgency to buy struggling EPC companies like ERA Infra Engineering or they don’t have the time to deal with the myriad problems a company like Jaypee Infra present. “In cases where there aren’t adequate number or quality of bids, it would appear to be a reflection of the quality of the assets and the bidders’ assessment of the turnaround efforts required,” says Sanjeev Krishan, private equity and deals leader, PwC India.

Tweets by @forbes_india
The glowing orb and a caffeine kick
Cycle Pure Agarbathies: Of wings and prayers