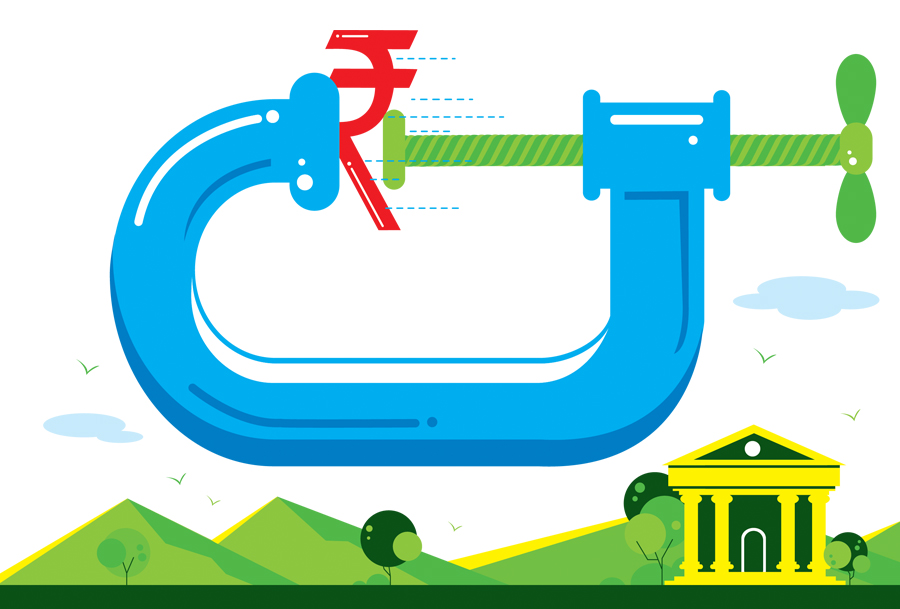 While the country is looming under consumption slowdown in urban and rural areas, non-banking financial companies (NBFCs) continue to struggle, some even for survival. Data by the Finance Industry Development Council (FIDC), a self-regulatory organisation registered with the Reserve Bank of India, indicates that the amount sanctioned by NBFCs to urban areas has dropped significantly since last October. The figure fell from Rs1.89 lakh crore during the July-September quarter last year to Rs1.34 lakh crore in the January-March quarter this year, a drop of 29 percent.

The last quarter of FY19 witnessed a slowdown in sanctions across rural, semi-urban and urban areas, but it is the loans to urban areas which have nosedived. This can be attributed to the liquidity crisis and consumers pushing away their purchases.

“NBFCs are becoming risk averse and trying to preserve cash in their books. Also mutual funds have stayed away from lending to NBFCs as they are facing redemption pressure leading to bottlenecks in lending,” says an analyst with a ratings agency. “NBFCs have found it difficult to raise capital through debt markets and banks are not willing to roll on NBFCs with large wholesale exposure. As lending costs have gone up and lending lines have squeezed, NBFCs are resorting to lending to high margin categories.”

“There is a slowdown across the board and credit lines have squeezed even for the largest NBFCs. And there is no clarity if there will be any uptick,” says a banking analyst from a domestic brokerage.

The FIDC note adds that one of the major concerns is the reluctance on the part of banks to continue with the existing lending arrangements to NBFCs. There have been instances of banks withdrawing unutilised lines of credit or showing apprehension towards renewal or rolling over existing credit lines.

In large states like Maharashtra where NBFCs were deploying an average of Rs56,000-61,000 crore since Q1FY18, the figure has dropped to Rs39,300 crore since last October. Other big states like Rajasthan, Tamil Nadu and Delhi (in terms of loan size) have also witnessed a sharp fall since the beginning of the year.

The impact of slowdown in auto sales can be gauged by the fact that auto loans fell by 69 percent during Q4FY19 to Rs17,963 crore compared to the same period in the corresponding year. The total amount lent by NBFCs during January-March 2019 stood at Rs1.96 lakh crore, the lowest in eight quarters.

The one category that has managed to stay afloat is gold loans. During January-March 2019, gold loans saw a spike in growth of 110 percent on a year-on-year basis, as NBFCs lent Rs11,641 crore.

“Gold loan lending has not been affected by the liquidity crisis hence that category and personal loans continue to witness growth. People have apprehensions about taking a new loan due to the slowing economy and NBFCs charging higher lending rates,” says the banking analyst.

The dominoes are falling in the NBFC sector, but private equity firms are looking at it as an opportunity to acquire and fund businesses which have more retail lending exposure. “It is one of the best times to acquire NBFCs which are catering to retail lending from the balance sheet to tide over the liquidity crunch. A lot of NBFCs will be forced to sell if the pressure sustains,” says a global fund manager.

Tweets by @forbes_india
US Democrats diverge on economy and immigration in first debate
Realty stocks: Losing the plot?