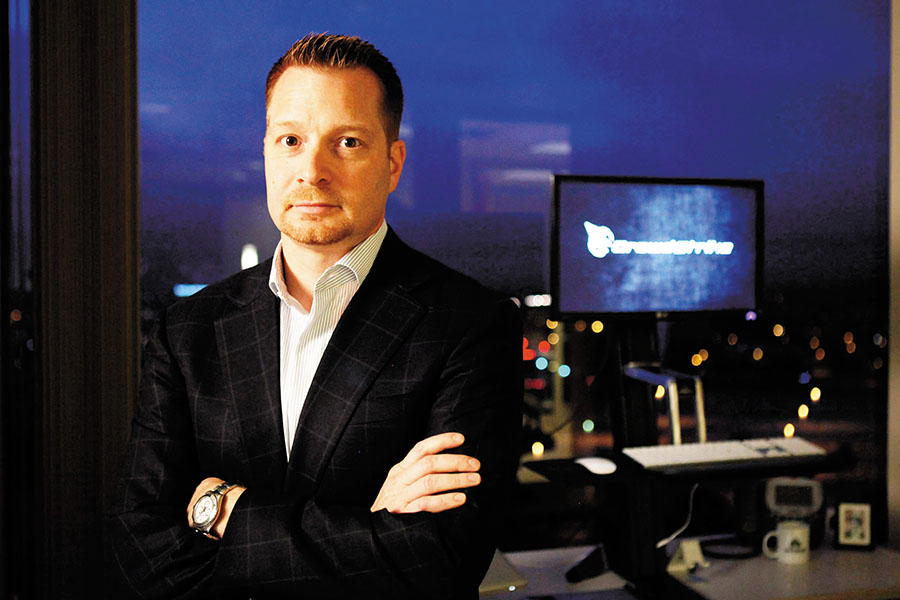 A year ago, the world didn’t know much about CrowdStrike, and George Kurtz, the cybersecurity firm’s co-founder, was perfectly happy with that. This changed in September when a redacted transcript of US President Donald Trump’s call with Ukrainian President Volodymyr  Zelensky became public. In it, the two men discussed CrowdStrike, which had been hired by the Democratic National Committee to investigate Russian hacking during the 2016 election, and Trump pushed Zelensky to investigate the firm, claiming it had stashed a DNC server in Ukraine.

“I didn’t think when we started a company, we’d be mentioned by two heads of state,” sighs Kurtz, 49, who says his company did nothing wrong—and never set up a server in Ukraine. “The best thing is to keep our heads down and focus on stopping breaches. The rest of it is kind of noise.”

When clients like the DNC hire CrowdStrike, the Sunnyvale, California, company deploys its cloud-based breach-detection software, called Falcon, to scan for hackers. CrowdStrike can be hired for one-off, bespoke investigations—as with the DNC—but a 4,000-company client roster that includes Amazon and Credit Suisse pay a monthly $6.99 per computer to keep Falcon monitoring their systems. All this work should amount to $465 million in revenue during CrowdStrike’s latest fiscal year, a roughly 86 percent gain from a year earlier. Shares are flat since its June IPO, but they’re enough for Kurtz’s 10 percent stake to be worth nearly $1.1 billion.

Now CrowdStrike is focussed on current global boiling points such as Iran; it’s likely increasing its reach in Europe. Trump’s Ukraine conspiracy theory isn’t hurting business. In fact, Kurtz says, it has raised “our visibility as a world leader in cybersecurity”.