We don't see ourselves as just a cards company: Mastercard's Ari Sarker

In a world where plastic money is no longer the only form of electronic payment, 51-year-old Mastercard is looking to rapidly reinvent itself and India has a big role to play, says its co-president for Asia-Pacific 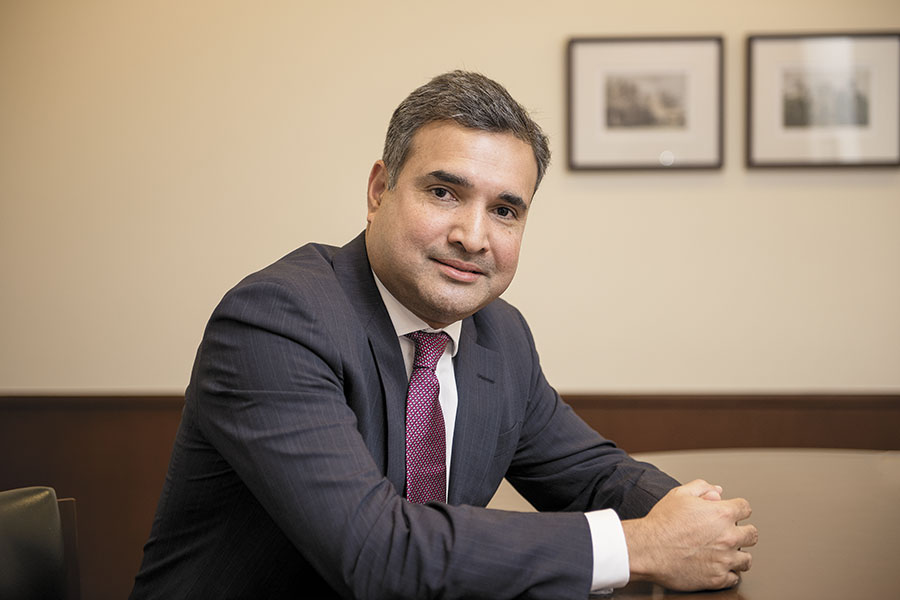 Connected devices will lead the next wave of growth for Mastercard, says Ari Sarker,  co-president for APAC
Image: Mexy Xavier


In a world where plastic money is no longer the only form of electronic payment, 51-year-old Mastercard is looking to rapidly reinvent itself and India has a big role to play, says Ari Sarker

For decades, payments technology company Mastercard has been ubiquitous with plastic money—along with nearest rival Visa—in the form of credit and debit cards. However, as the world shifts towards a more digital economy, plastic is just another form factor for the New York-headquartered company. Mastercard now seeks to stay relevant by competing not only with cash but also digital wallets.

India plays an important role in Mastercard’s new scheme of things—both as a centre for innovation, as well as a potential market. In an interview with Forbes India, Ari Sarker, Mastercard’s co-president for Asia-Pacific, explains why half of his company’s business in India may come from digital transactions in the next 2-3 years, especially after the government’s thrust on fostering a cashless economy. Edited excerpts:

Q. Mastercard has traditionally been synonymous with plastic money. Now that transactions are becoming increasingly digital, what will the company’s future be like?
Mastercard has traditionally been perceived as a cards company. But the reality is that we are a technology company that enables payments. This technology has gradually shifted from credit cards to ATM cards and then debit cards. At present, we are enablers of the technology that allows a financial transaction to take place between a retail customer, a merchant and the bank. Some of our recent acquisitions like VocaLink in the UK—a company that enables swift transactions on the ACH (automated clearing house) platform—is a clear indication that we don’t see ourselves as just a cards company and that the physical plastic is only a form factor. What is more important are the 16 digits [debit or credit card number] written across the plastic and the bank account number, and how we can enable transactions between these sets of numbers in a fast and secure way.

So the idea is to replicate the consumer experience that we deliver through the entire physical business—in the form of plastic cards and terminals—in a digital ecosystem. And this is a big opportunity for us.

Q. What is the ratio of digital transactions to terminal-based transactions in India on the Mastercard platform and how will this mix evolve in the future?
In India, around 20 percent of the transactions are in the ecommerce space [where a credit or debit card may be used digitally, as opposed to swiping it at a physical terminal]. The global benchmark for such digital transactions is a little higher at around 35 percent. So the credentials of the physical plastic card are already driving transactions in a digital world. Now we are getting into the space of connected devices—smartphones and tablets—that will lead the next wave of growth. So, with our existing and new capabilities, I wouldn’t be the least bit surprised if 50-60 percent of our business traverses into the digital environment.

Q. How have you seen the volume of digital payments on your platform grow post demonetisation?
Post November 8, 2016, we saw some aggressive jump in volumes. From a base of where volumes used to be before that date, the number of debit card transactions suddenly jumped by four times in the first few months. Then an interesting thing happened.

As cash came back into the system, cash withdrawals at ATMs were back to the same level as before November 8, but debit card transaction volumes still managed to grow by 100-120 percent year-on-year every month. That is a strong signal that while people are holding on to cash, there is a clear behavioural shift towards electronic payments.

Q. What is India’s role in Mastercard’s global innovation programme?
The interoperable QR (quick response) code-based payment capability that we have taken global has been fully designed in India. It has been developed under the Bharat QR banner, and we have closely worked with the government and the Reserve Bank of India on this.

Interoperable QR means a merchant does not need to carry multiple QR codes to receive payment for different banks or schemes that they may be associated with. This will have a transformational impact when it comes to merchants accepting digital payments. One of the biggest impediments to adoption of electronic payments is the cost of the physical terminal and the monthly fees that the merchant has to bear. With QR and the proliferation of smartphones, transactions can be executed in a seamless and cost-effective manner. We have line of sight to cover 1 million merchants with our interoperable QR this year itself. And the outlook for the next 2-3 years is to cover at least 5 million merchants. We are taking this new product, which has been totally made in India, to other markets as well. It is already live in Africa, and we are pushing it in our key markets in Southeast Asia and Latin America.

We have invested around $750 million over four years in India. Our approach has been to create high-end technology jobs in the country. So our 2,000 employees in the country are mostly cutting-edge technologists. Pune is a big hub for us, and Vadodara is another tech hub that we have recently operationalised… we will continue to invest in India.

Q. Is there a clutter of digital wallets and electronic payment systems in the country?
There is always euphoria in the market when a new technology or service is available. But it will reach a stage where operators will realise that there is enough clutter that may confuse consumers. The focus then would shift to creating simple interfaces that will drive consumer experience. Wallets have been the flavour of the season with their cashbacks and incentives. But the question to ask is whether that is sustained consumer behaviour. A wallet is just another intermediary funding account, and many of them are now transitioning into payments bank accounts.

So if banks are able to provide the same seamless consumer experience while facilitating transactions as while transferring money between two accounts, why would you need another intermediary funding account?

Tweets by @forbes_india
Podcast: DMart - The value shop
With Lybrate, a doctor is just a click away