India is the next trillion dollar opportunity: Raamdeo Agrawal 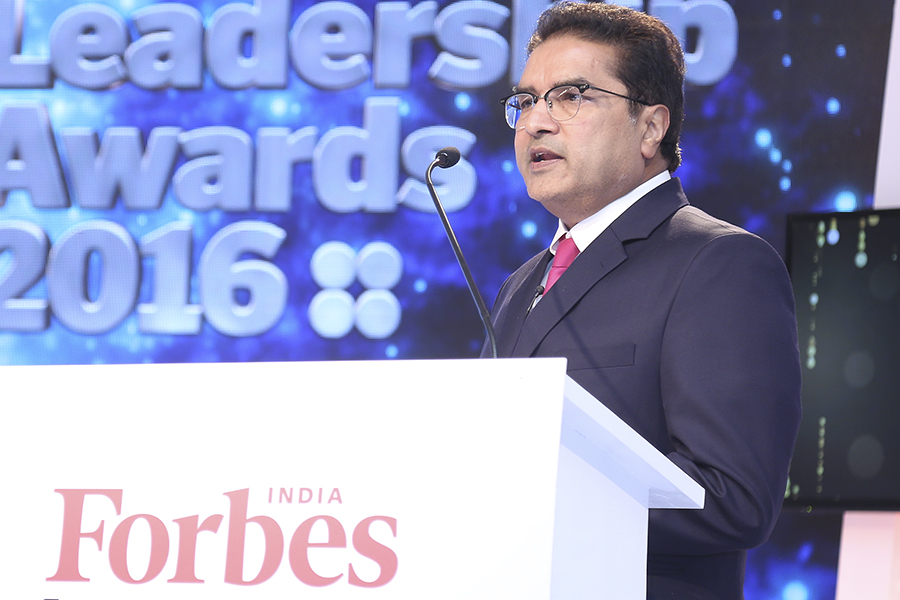 “India is the next trillion dollar opportunity,” Raamdeo Agrawal, joint managing director of Motilal Oswal Financial Services and the driving force behind the company’s investment approach, said during the 2016 Forbes India Leadership Awards held in Mumbai on Tuesday.

Agrawal’s idea of growth is linear. When per capita GDP doubles, discretionary spend becomes 10 times [the usual amount], he said. This can be observed in car and AC sales. Vehicle sales went up by 24 times and AC sales shot up by 19 times in China when the GDP growth appreciated by 11 times in 18 years, ending in 2015.

In such a situation, Agrawal expects to see a hockey stick demand curve for the winner categories which occur when product prices meet affordability for a large section of consumers at a faster rate. As a result, the winning idea in investment is to buy a category winner at a reasonable valuation. In his presentation, Agrawal spoke about companies like Maruti Suzuki, Voltas and Asian Paints which have shown high growth in their sales and stock prices over the last many years.

Agrawal has taken this fundamental approach in his investment philosophy that has helped him spot gems like Hero Motors in the past. In 1995, he invested around Rs 10 lakh in the shares of the two-wheeler manufacturer at Rs 30 apiece, and held on to them for 20 years, till the share price rose to Rs 2,600 apiece. When he sold out in 2015, his holding in Hero MotoCorp was earning him Rs 3-4 crore annually in dividend income alone. What makes this noteworthy is that the rise was peppered with many dull periods. But perseverance and patience helped him stay with the stock for a long time and eventually make a huge return.

In a similar view, the trillion dollar growth bet also can suffer dull periods due to many reasons, but the growth of India to become a $4 trillion country is just a few years away.

Tweets by @forbesindia
'No Holy Cows in India Inc when it comes to corporate governance'
Affordable housing market to benefit greatly from demonitisation: Experts