The founder-CEO of Cornerstone that manages talent like Virat Kohli and KL Rahul on joining hands with filmmaker Karan Johar to start Dharma Cornerstone Agency, an end-to-end talent management agency, creating holistic brands out of actors, and more 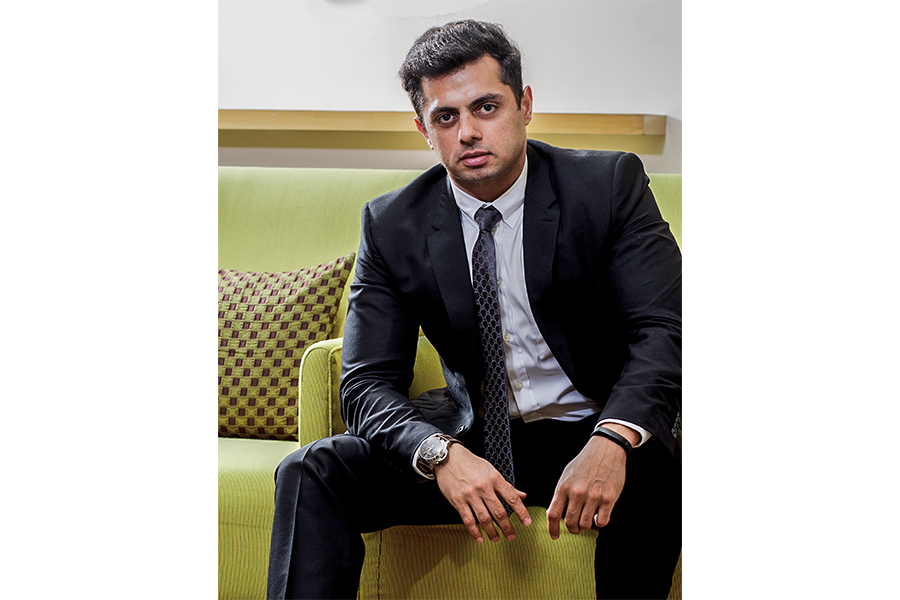 Around eight months ago, Bunty Sajdeh was having coffee with Karan Johar when the filmmaker asked him to join hands with him to start a talent management agency. The idea had been brewing in Sajdeh’s mind for a while, and he had been picking on “close friend and mentor” Johar’s brain about it regularly.

Sajdeh, the founder-CEO of Cornerstone, a sports talent management agency that handles the likes of cricketers Virat Kohli and KL Rahul, and tennis star Sania Mirza, among others, realised there’s only so much he could do in sports. “The lion’s share in India is in entertainment, from brands and endorsements,” he says. “Since I had the infrastructure, offices, expertise and the right team, I decided to focus on entertainment.”

The 43-year-old is not alien to the industry though. He was a production executive when he began his career with GS Entertainment. Later he was with the talent management division at Percept—an entertainment, media and communications company—before joining Globosport as the head of entertainment. His love for sports led him to set up Cornerstone in 2008. Now with more time at his disposal by virtue of largely being a mentor at Cornerstone, he has decided to spread his wings.

Johar and Sajdeh set up Dharma Cornerstone Agency (DCA) in December 2020, and have already signed the likes of actor Ananya Pandey [daughter of actor Chunky Pandey] and Southern star Vijay Deverakonda, among others. “We want to create an opportunity for actors. We are confident of giving them maximum opportunity and exposure,” Sajdeh talks to Forbes India about the intention of setting up an end-to-end talent management agency. Edited excerpts:

Q. What is the aim of starting a talent management agency?
The idea is to make sure our talent is grounded, make the correct decisions and choose the right films. Actors sometimes get insecure and are in a hurry to sign new films. In fact, one’s second film is more important than the first. Films will remain a priority for our actors, but we want to build them into brands too… that’s an area we excel in. We want to work with actors who have a long trajectory. It’s about building their careers from scratch. Given a chance to represent established actors, of course we won’t say ‘no’, but we are focusing on new talent.

Q. How different is the new responsibility for you? Are you hands-on in your new role?
I am very much hands-on. I have built the sports business [at Cornerstone] over the last 12 years but now I am more of a consultant/mentor there. I don’t get into the day-to-day activities of say, what a Virat is doing, and with the brands, clients, etc. I now have the time to focus on building something similar in the entertainment space. I am as hands-on with DCA as I am with Cornerstone. It’s 50-50 for me. I am just reinventing the wheel. It’s time to expand, and there’s a lot that we can do in this space.

Q. What does having Dharma Productions as partner bring to the table?
It’s more a testament of what we [at Cornerstone] have done. I don’t mean to sound pompous, but the fact that he [Johar] has chosen to partner with us is a recognition of our hard work. Cornerstone is so strong in sports that actors had a mental block [about it] although it was never a hindrance. With the backing from Karan and Dharma, it has changed the game in terms of outlook. I am grateful to Karan for the opportunity.

Q. What’s the immediate and larger goal of DCA?
We want to work with talent more holistically, not just handle their films and endorsements, and have someone else take care of their PR and social media. It’s about building a robust business around a bunch of talent that believes in us as much as we believe in them. We are not going to sign 50 talent [artists or actors] and make it a factory. We are going to work with actors we believe we can deliver to and have something on the table for them. For instance, we signed actor Shanaya Kapoor recently because we have a film for her. We signed Vijay Deverakonda as we feel he has the potential to become a national figure. Brands are open to discussions to make him a brand ambassador. We want to work closely and selectively with actors for whom we can chart a long-term upward trajectory. Films make them, but they make more money from brands or outside the movies. The money is more on the commercial side, which is where we are strong at. So, with Dharma being strong with films and us with brands, it was the perfect marriage.

Q. But having talents like Shanaya Kapoor and Ananya Pandey is likely to invite charges of nepotism…
Nepotism exists everywhere—sports, politics and entertainment. It’s not even one percent of what people have made it out to be. There are people from film families who have failed and outsiders who have succeeded. We have not done this with any scope of nepotism, we are looking at it from a talent perspective. Our first four signees—actors Gurfateh Pirzada, Lakshya (Laksh Lalwani), Dhairya Karwa and Tripti Dimri—are not from the industry. Launching someone is not a small thing, there are crores of rupees at stake. Even families don’t do it unless you have the talent. But yes, the nepotism debate puts pressure on them [the actors] and they need to work much harder and deliver. You cannot be an average actor today if you come from a film family.

Q. Are you excited about this venture? And what are the challenges?
I am super excited. It’s challenging, but more than that it’s exciting. There’s only so much that you can do with athletes because of accessibility and restrictions—they won’t do certain creatives and stay away from a few product categories, for instance. It’s a lot easier to work with actors because they understand that this is an extension of their profession. The bandwidth and horizons open up. It’s exciting to work closely with actors from a young age.