This gradual erasure of likes is opening up a new era on social networks. The social consequences will only be observed gradually 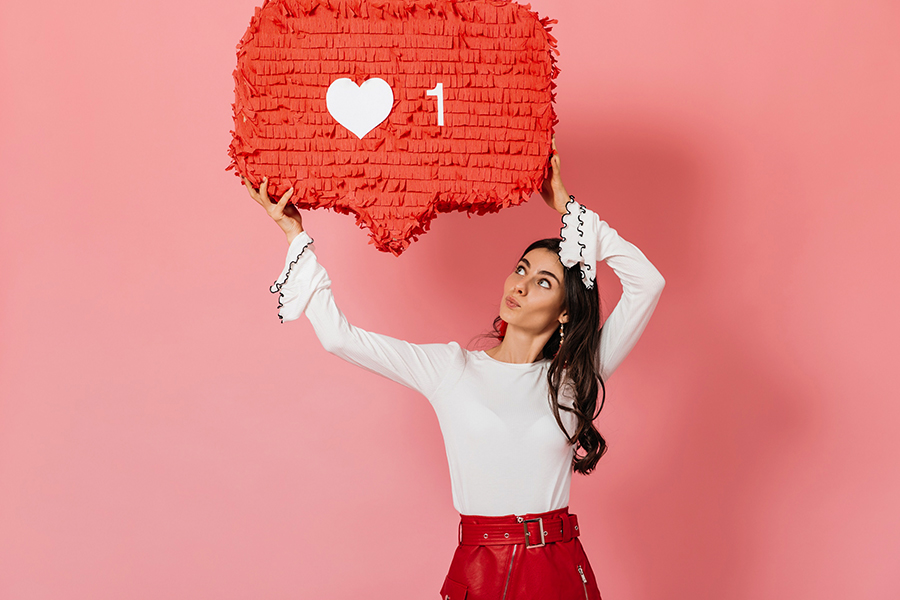 Are 'likes' going out of fashion in the world of social networks?
Image: Look Studio / Shutterstock

Like or dislike? On almost all social networks, the little "Like" has served as fuel for the ego-nomics of the web. Fortunes have been built on thumbs up. Personalities have emerged from this popular, ongoing vote of approval. In the beginning we loved to like. It was a fresh gesture. Imperceptibly we all became media onto ourselves, seeking audiences and seeking approval via Likes. And this quest for approval has both brought out talent and created monsters. Because this systematic judgment of our posts, photos, actions and gestures has become the critic of our lives and the consequences of this have been nothing short of disastrous. Here is the third episode of the After calendar, our 2022 trend book.

An internal study of the Meta group, revealed by a leak last year, showed, among other things, that Instagram was weighing heavily on the mental health of young girls. With the multitude of edited and filtered photos posted on the image-centric social network, young female users have developed new complexes. According to a survey conducted by Edelman for Dove, 71% of girls reported editing or covering up a body part before posting a photo on social media. Nearly three in ten girls (29%) acknowledged feeling less beautiful after looking at photos of their friends online.

Young and depressed: the ransom of likes

Addiction to social networks, suffering due to lack of likes, provocation in a bid for likes... The "nice" Like has become a grimace. So much so that platforms and brands have found themselves forced to question this established order on Facebook, Instagram and even Twitter and YouTube. Last May, Instagram and Facebook toyed with the idea of getting rid of the "Like" button ...or at least of the possibility to activate or deactivate it. The results of the different test phases showed that removing the display of number likes helps some people take off the pressure, Instagram explained.

YouTube, meanwhile, has enacted almost the same change. If Instagram preferred to enable the possibility to hide "likes," the video platform has chosen to erase the number of "dislikes" visible under each video, an option only available on YouTube. If the platform wants to reduce harassment suffered by creators targeted by hate raids, they can still discover the number of "dislikes" for their videos in YouTube Studio to better adapt their content to their community.

These changes, still quite limited in scope, could get impetus from brands' new strategies. Cosmetics brand Lush caused ripples at the end of November by leaving social networks in 48 countries. It was a choice that had been carefully considered: "This decision is the result of a long reflection about these platforms and their harmful effects on their users," Chloé Chazot, Lush's communication manager for France, told us. The brand has chosen to suspend its accounts on Facebook, Instagram, TikTok and Snapchat but to remain on Twitter as well as on YouTube.

What if views were more important than likes?

To adapt to both the demand and the dislike of the like, a gauge which young people are using less and less, social networks are turning to new indicators. On TikTok, little hearts are also counted, but views seem to be just as important, if not more so, for making a video go viral in no time. As Instagram accelerates its shift to video, it represents an opportunity to highlight views. The time spent watching a post is the most important measure of interaction for the platforms. Along with comments, among the most valuable aspects of social networks, which is even more significant than the fact of liking the post for Instagram's algorithm.

This gradual erasure of likes is opening up a new era on social networks. The social consequences will only be observed gradually.

The After Calendar
After the global shock of covid in 2020, the world was looking ahead to a calmer and more united post-covid reality. But ultimately it's a digital, hybrid existence that has taken the lead, where screens have become essential in all our activities, from education to work, our love lives and what we buy. This accelerated virtualization makes us nostalgic for pre-covid times, for an idealized vision of nature and the world. And this is how the metaverse and newstalgia have come to co-exist in our 2022 predictions. Check out all the incoming trends in our 2022 After Calendar.

Tweets by @forbesindia
From 'Emily In Paris' to 'Squid Game,' TV shows are the new style-setters
Our top reads of the week