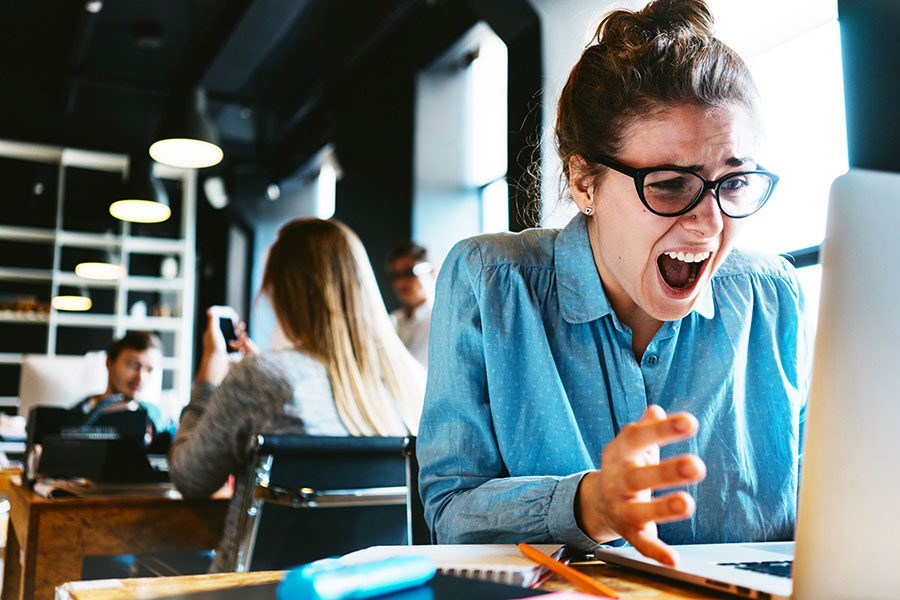 You've probably already heard of FOMO, the fear of missing out. But another trend seems to be gaining ground among internet users, known as ROMO, or the relief of missing out, which often involves avoiding the news as much as possible.

The advent of social networks and the online world has given rise to a well-known phenomenon: FOMO, an acronym for the expression "fear of missing out." Particularly prevalent among young people, this phenomenon often evokes an overuse of the internet, always in the aim of not missing the slightest bit of information.

But, against the backdrop of an increasingly anxiety-provoking political, health and economic context, more and more internet users are turning away from the news. On the contrary, they will voluntarily avoid the media, as well as any digital technology that could provide them with news. So much so that some people feel relieved to have missed one or more news "events." This has seen the concept of ROMO emerge on the internet, referring to the "relief of missing out", i.e., the relief of being oblivious to an event or news item.

From feelings of uncertainty to lack of control

British and American researchers specializing in media analysis have attempted to understand this phenomenon in more detail by conducting a survey, the results of which were recently published in the journal Political Communication. The survey was conducted in the United Kingdom and involved in-depth interviews with 43 people who have voluntarily chosen to cut themselves off from news sources and who now rarely consult the news ("less than once a month" or "never"). According to the study, these individuals represent about 7% of the British population.

According to the researchers, the choice to carefully avoid this type of news is mainly explained by the desire to escape from news deemed anxiety-provoking, but also because this content could lead to feelings of powerlessness. "Our interviewees see news as dominated by stories about crime, terrorism, and partisan bickering, which generates not only fear but also feelings of uncertainty and a lack of control or agency," explain the study authors.

A type of JOMO?

ROMO therefore stands opposed to FOMO, except that this phenomenon specifically affects the world of news and less so the world of social media trends. The term FOMO was first used by Patrick McGinnis in 2004, who was then a student at Harvard Business School in the US. It also refers to the fear of missing a much-hyped event, such as a party that everyone's going to. The term is therefore also applicable outside the digital realm.

It even has an antonym. This is called JOMO for "joy of missing out," describing the pleasure associated with missing an event, often in favor of some downtime—or me time—like enjoying a quiet night cozying up on the sofa. Indeed, it's a life philosophy that many don't hesitate to embrace since Covid-19 came onto the scene.

Tweets by @forbesindia
Prosus terminates $4.7 bln BillDesk deal; Google names 20 women founders to India accelerator; Svante Pääbo wins Nobel for medicine
Your next fragrance could be made from upcycled elements