From celebrities to designers and other fashion figures, there was no shortage of memorable moments in 2022, but some of them will (inevitably) remain forever in our memories 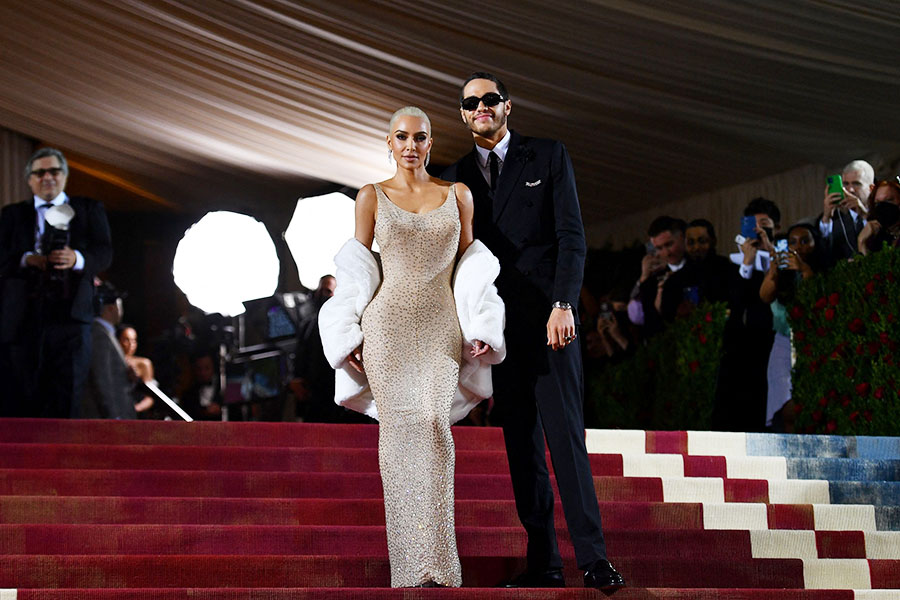 For the Met Gala, Kim Kardashian slipped into a dress previously worn by Marilyn Monroe in 1962. Image: Angela Weiss / AFP

What was the most outstanding fashion happening of the year? Coperni and its spray-on dress, Kim Kardashian transformed into Marilyn Monroe, or Barbie becoming a top fashion influencer? From celebrities to designers and other fashion figures, there was no shortage of memorable moments in 2022, but some of them will (inevitably) remain forever in our memories.

A year of recovery after two years of pandemic, 2022 certainly had its share of significant events in the fashion industry. In addition to the trends, which now follow one another at high speed in tune with social networks' whims, many celebrities and fashion houses have made their mark this year—whether in a good way or a bad way —with eccentric ideas, proactive initiatives or totally unexpected creations.

A controversial appearance from Kim Kardashian

Going a whole year without hearing about Kim Kardashian would probably be a miracle, but there's no denying that the businesswoman always manages to surprise. Such was the case at the last Met Gala, held in May 2022, where the reality TV star made a splash on the red carpet wearing an iconic dress previously worn by Marilyn Monroe for her legendary "Happy Birthday Mr. President" performance in 1962. As a result, Kim Kardashian found herself under fire from critics, whether because of the dramatic weight loss that allowed her to fit into the dress, or for having taken the risk of damaging this historic creation.

The fact remains that this fashion moment gained much attention, and also spurred more positive movements, starting with a renewed interest—if it ever really faded —in the Hollywood actress, or shining the spotlight on the man behind the dress, designer Bob Mackie. According to the global fashion search engine Lyst*, based on data from its 200 million users, search interest in Bob Mackie jumped 456% in the two weeks following the Met Gala, reflecting the impact of the gown's public appearance.

The world's most famous doll undoubtedly enjoys influence among children, but 2022 has shown that her aura spans generations. The 'Barbiecore' trend, directly inspired by the pop culture icon, is proving to be one of the fashion sensations of the year. This is partly due to the release of several trailers for the "Barbie" movie, starring Margot Robbie and Ryan Gosling, which is slated for release in July 2023. It has led to a completely unexpected craze for the color pink, from the catwalks to the street. After the release of the Margot Robbie photos, searches for pink-colored designs jumped 416% on Lyst.

But that's not the only trend of the year, and it's now clear that new trends now come along as quickly as others fade. According to the global search engine, the "Weird Girl" aesthetic has also been popular, but this time mainly on TikTok. A real stylistic melting pot, it essentially involves wearing absolutely anything and everything, except what's trendy... It's an aesthetic that goes against the grain, and which can be characterized by a total lack of style—or, on the contrary, by a unique and original style, worn with confidence.

Coperni and Patagonia stand out

While 2022 saw plenty of traditional fashion shows, fashion collaborations and other quirky creations, all of which continue to captivate the public, two brands stood out over the months with remarkable initiatives. First up is Coperni, which, at the height of Paris Fashion Week, closed its show with a spectacular dress that went viral on the web in a matter of minutes. The duo at the head of the house—Sebastien Meyer and Arnaud Vaillant—simply sprayed Bella Hadid with a substance that, in contact with the skin, transformed into fabric. The feat proved a viral hit and boosted search interest in the fashion brand by 3,000% in the days following the show.

For a very different reason, Patagonia also stood out this year, thanks to its founder Yvon Chouinard's decision to effectively give away his company, valued at $3 billion, to Mother Nature. More precisely, he chose to transfer all of his shares to a trust chosen to ensure that his values are respected, as well as to an association entirely dedicated to the environmental cause. The decision earned him public favor, and allowed him to prove that fashion can indeed be (more) virtuous.

*For this annual report, Lyst analyzed data from its 200 million users between January and October 2022. See the full report at: www.lyst.com/data/year-in-fashion-2022.

Tweets by @forbesindia
New regulatory bill for crypto exchanges makes way to the US House of Representatives
The Way of Water' director James Cameron on art, AI and outrage