From the Bentley Bentayga V8 to the Jaguar I-Pace, the most stylish and luxurious car launches of 2021 so far

We list the top six luxury and supercars of the year so far, to travel in comfort and style 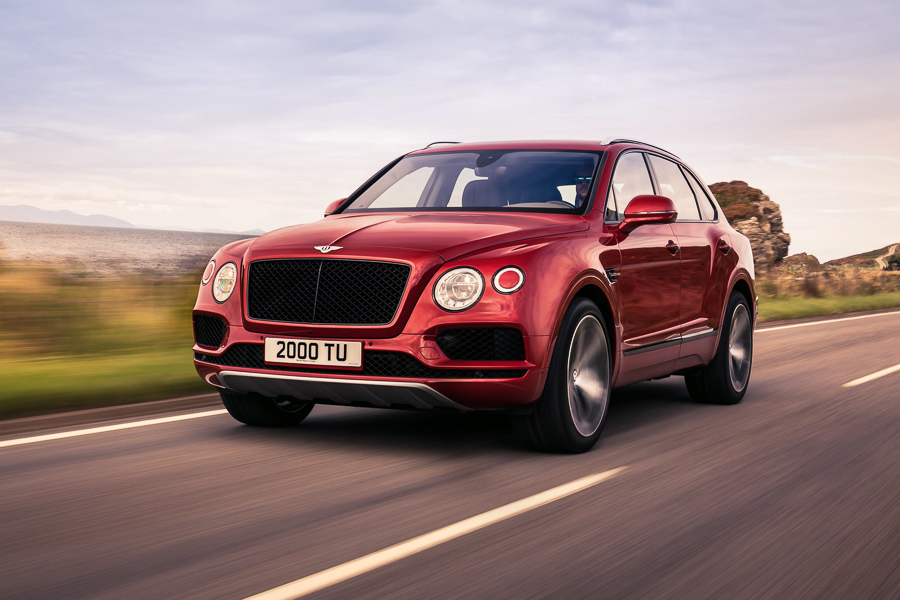 Bentley Bentayga V8
The three new Mercedes-Benz E-Class are among the best launches so far this year, says Jatin Ahuja, founder and managing director of Big Boy Toyz, which sells pre-owned supercars and luxury vehicles and has an annual turnover of Rs250 crore. “These cars are quite like the new-generation Mercedes S class, among the best luxury cars in the world, which will be launched in India later this year,” he adds. His second pick is the New Bentley Bentayga V8, one of the most stylish and luxurious cars ever made.
Even as road travel in a private car has become the preferred way to travel, we list the top six luxury and supercars of the year so far, to travel in comfort and style.
Audi S5 Sportback
Standard S-specific elements on the exterior of the Audi S5 Sportback underscore its sporty design: S-bumpers, radiator grille with honeycomb design in matt titanium black with inserts in matt aluminium silver, wide air inlets in the frame and blade in matt aluminium silver at the front. Then there are the 19-inch alloy wheels, the S-sport suspension as well as exterior mirror housings in aluminium look, illuminated door sill trims and an S-emblem at the front. And emphasising the width of the rear are the horizontal trim in matt aluminium silver surrounding the diffuser, the S-specific twin tailpipes in chrome and the S-rear spoiler. 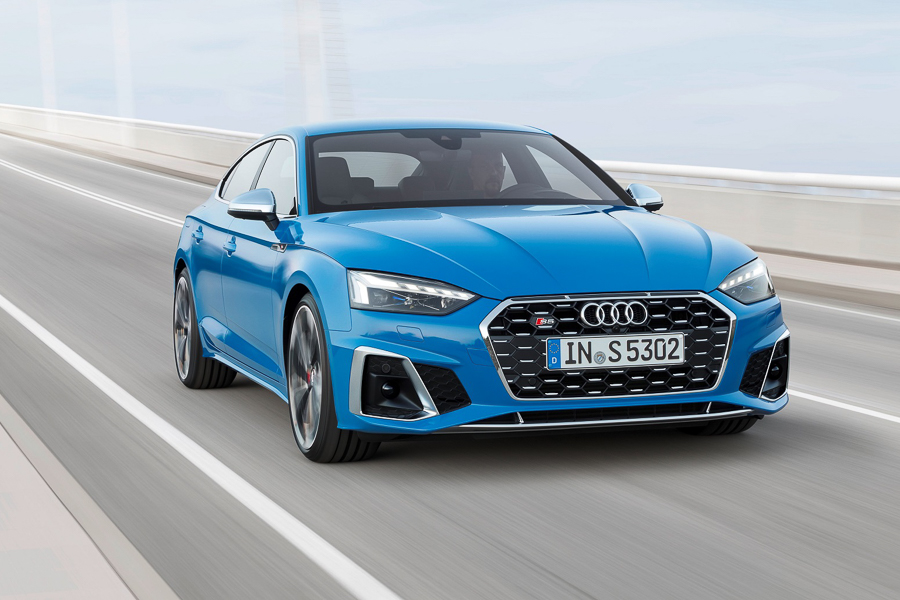 The 2021 Audi S5 Sportback is powered by a 6-cylinder petrol engine that produces 349bhp and 500Nm of torque. The car’s eight-speed automatic transmission sends power to all four wheels via the signature Quattro all-wheel-drive system. The car can reach a speed of 100kmph from 0 in 4.8 seconds.
Inside, it has the Audi Virtual Cockpit Plus, a large free-standing touchscreen infotainment system and multi-zone climate control.
Price: Rs79.07 lakh, ex-showroom
Audi A4
The new Audi A4, in its fifth generation, is tauter and sportier. The sedan has two variants. Audi A4 Premium Plus and Audi A4 Technology. Both the variants are powered by a 2.0-litre TFSI (Turbo Fuel Stratified Injection) petrol engine, which produces 187bhp and 320Nm of torque. 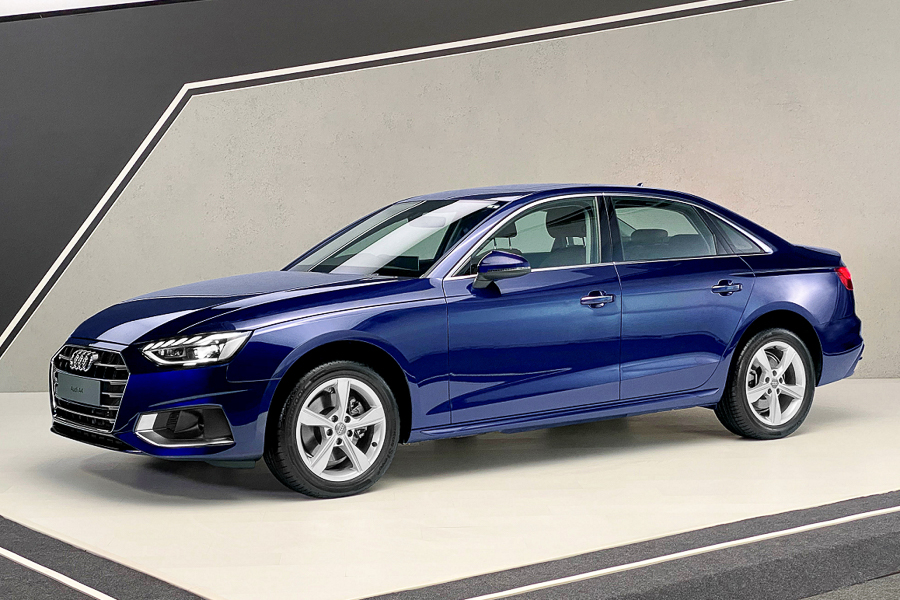 Design wise, the front portion has been redesigned. It now has a more robust front bumper, a wider front grille, and new LED headlamps, and the deep and wide single frame, the bumper and the emphatic wide air inlets form a powerful unit. It also has new door panels and 17-inch five-spoke alloy wheels. At the rear, the LED lights are connected by a continuous chrome strip. The offset diffuser area with integrated trapezoid tailpipes ensures a sporty finish.
Inside, the Audi A4 has a 10.1-inch touchscreen infotainment system and an updated version of Audi’s MMI user interface.
Price: 42.35 lakh to 46.68 lakh, ex-showroom
Bentley Bentayga V8
Bentley’s new version of its only SUV Bentayga, which it claims is the fastest SUV in the world, is the first car launched under Bentley’s Beyond100 business strategy--under which it aims to become an EV-Only brand by 2030.
The car’s first-generation model was globally launched in 2016 of which more than 20,000 units were sold worldwide.
With two twin-scroll turbochargers, the V8 engine has the typical Bentley characteristics of phenomenal torque at low engine speeds and ample reserves of power. The torque reaches a maximum of 770 Nm at an engine speed of under 2000 rpm, propelling the new Bentayga V8 on to a top speed of 290 km/h.
Despite the phenomenal performance, the engine is highly efficient, using technologies such as start-stop and variable displacement, which shuts off four of the eight cylinders when not required and results in a highly practical range of 733 km (NEDC-New European Driving Cycle).
Price: 4.1 crore, ex-showroom
BMW 6 Series GT
The updated BMW 6 Series GT has three variants—the 630 iM Sport, 620d Luxury Line and 630d M Sport. The first has a 2.0-litre petrol motor making 255bhp/400Nm of torque. The second is a 2.0-litre diesel motor with 188bhp/400 Nm of torque. And the third is a 3.0-litre diesel motor churning out 262bhp/620Nm torque. The eight-speed automatic transmission is standard across the three variants in the range. 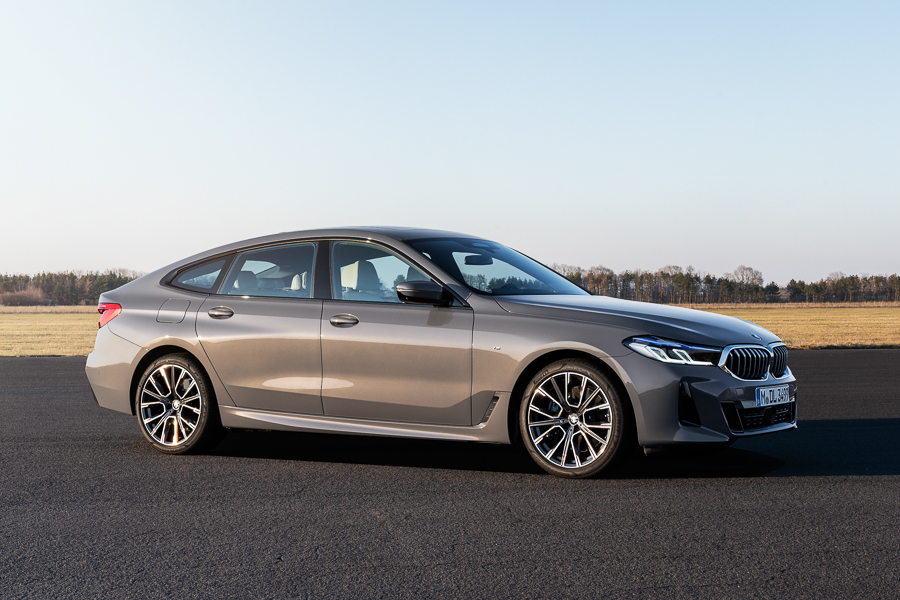 The new 6GT’s cabin has two-tone coloured upholstery and a dual-screen set-up. Its infotainment system and digital instrument cluster are 12.3 inches. The car also has a panoramic sunroof, ambient lighting, electronically adjustable front seats with memory function, four-zone climate control, hands-free tailgate, four Type-C USB slots, wireless smartphone charging, and two 10.25-inch rear entertainment screens. It has a boot space of over 600 litres.
On the outside, the 6 GT has a sloping roof flowing down to the boot section. The adaptive LED head lamps are slimmer with new dual L-shaped DRLs (Daytime Running Lights).
Price: ₹67.9 lakh to ₹ 77.9 lakh, ex-showroom
Jaguar I-Pace
The I-Pace, an all-electric crossover SUV, has three variants S, SE and HSE.
All the variants have a 90kWh lithium-Ion battery with two electric motors (integrated with the front and rear axles) that produce a combined output of 294 kW and 696Nm of torque. The model can go from 0 to 100 kmph in 4.8 seconds. 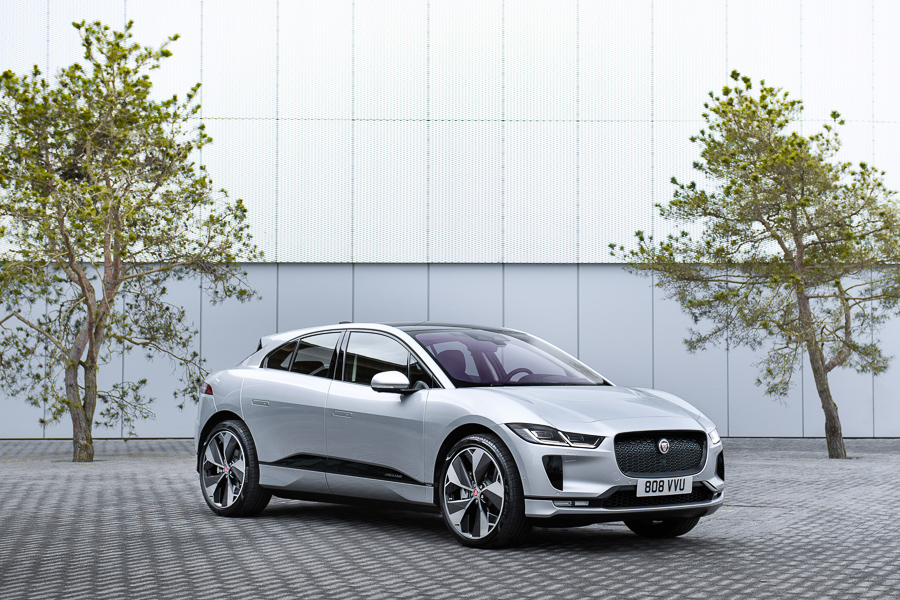 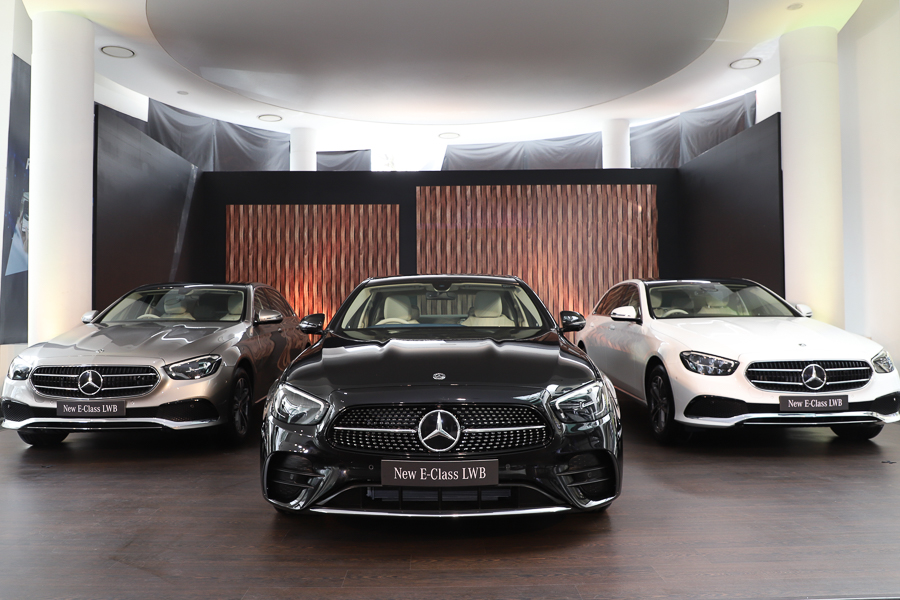 The new update has a new look and new features. The extended wheelbase means more legroom. It has new, high-performance LED headlamps with DRLs and a new tail-lamps design with a chrome strip running across the boot. It also has a panoramic sunroof, 360-degree view cameras and a park pilot feature.
The E 350d has 18-inch alloy wheels and air suspension.
The dashboard, centre console and door pads come with new wood panel inserts. The car seats have Artico leather upholstery, a 590W Burmester sound system, reclining rear seats with memory function, soft-closing doors and a digital cockpit. The car is also equipped with wireless charging pads at the front and rear, ambient lighting and a tablet-like controller for the infotainment system.
Price: 63.6 lakh to 80.9 lakh, ex-showroom

Tweets by @forbesindia
Photo of the Day: Serving to save
Oxygen crisis: What are Cyrogenic containers, how is oxygen stored and transported?