How media outlets are getting innovative to attract new readers

An increasing number of readers want access to quality editorial content with a few clicks. This is especially true for members of Generation Z 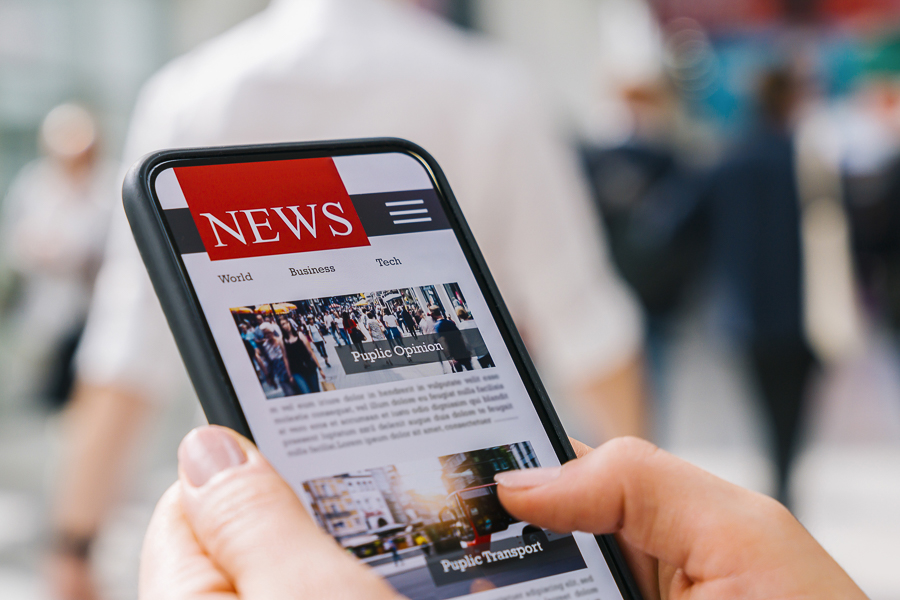 Consumers are slowly but surely coming around to the idea that paying for access to quality information is not outside of the realm of normal. Despite an evolving mentality, certain factors, such as some news media outlets' relatively 'high' subscriptions prices, prevent some readers from taking the plunge. The profession is trying to remedy this situation.For 0.99 UK pence, you can buy a chocolate bar, or you could subscribe to the new monthly subscription of the Financial Times. The British daily has just announced the launch of FT Edit, a mobile application that offers readers eight articles selected by the editorial staff each day. These articles will allow them to get "in-depth news content" without having to scroll for long minutes on the Financial Times website. The FT Edit slogan is "time well read."
An increasing number of readers want access to quality editorial content with a few clicks. This is especially true for members of Generation Z, young people born between 1997 and 2010. They don't keep up with the news through traditional print and TV media, preferring to go to social networks and the web more broadly, where they "munch" on short news formats, designed to be read — and viewed — on a smartphone.

According to Malcolm Moore, editor of FT Edit, the Financial Times' new editorial product is aimed at just such ultra-connected readers. "FT Edit is for people who want to read less and understand more. We're offering eight in-depth articles from the FT each weekday, and readers can catch up with the stories they have saved at the weekend. We have kept the design as clean and minimal as possible to encourage focus and thoughtfulness," he said in a statement.

FT Edit's ergonomic design is not, however, the main selling point of this new mobile app, which is only available on iOS. That would be its price: £0.99 for the first six months. After this trial period, the monthly subscription will increase to £4.99 (or US$4.99). That's a small price to pay compared to the starting price of £35 (or US$40) that readers pay each month for an FT digital subscription. The British daily says that this new mobile application is not intended to compete with its website but is a complementary offer for the 26 million internet users who follow the Financial Times on social networks.
On the other side of the Atlantic, the New York Times launched a similar smartphone app in 2014. Its name? NYT Now. It was aimed at users who get most of their news from the internet, like most Americans between the ages of 21 and 29. The app gave them access to a mix of articles from the Times and other newspapers, as well as briefings summarizing the daily news at the beginning and end of the day. All this for 8 dollars a month. However, the Times decided to discontinue the app in September 2016 after it met with little success among its subscribers.

While the Financial Times is looking to a mobile app to reach a wider audience, CNN is counting on streaming. The 24-hour news channel recently launched CNN+, a subscription-based streaming platform that costs US$5.99 per month (or $60 per year) after the introductory price of US$2.99. Viewers can watch eight daily programs streamed live, including "5 Things with Kate Bolduan," "Big Picture with Sara Sidner" and "Reliable Sources Daily." In addition, there are weekly programs such as Jake Tapper's book club and Anderson Cooper's news analysis show. CNN+ subscribers can also access a 1,000-hour library of programs produced by the group, as well as the first episodes of new original series such as "The Murdochs: Empire of Influence," based on New York Times reporting, and "The Land of the Giants: Titans of Tech," produced by Vox Media and based on Recode by Vox Media's popular podcast franchise of the same name.

With CNN+, the news network hopes to address a young, connected audience, without neglecting the "super fans" of the 24-hour channel. According to the US press, CNN has invested 120 million dollars and recruited more than 400 journalists to bring this ambitious project to fruition. While it has been greeted with skepticism by dailies like the Los Angeles Times, Rebecca Kutler, CNN+'s head of programming, is more optimistic about the new streaming service's chances of success. "At CNN+, we did not set out to duplicate what [CNN U.S. is] doing, we set out to build a completeley unique product for streaming and for a streaming audience that we feel will be in line with what subscribers are looking for in the streaming space," she told Adweek.
But it has stiff competition. Its rival, Fox News, launched its own streaming service in November 2018 for $5.99 per month, or $64.99 per year. Fox Nation customers have access to movies and documentaries, as well as shows hosted by Sean Hannity, Tucker Carlson, Laura Ingraham and Nancy Grace. This editorial strategy seems to have found its audience since Variety revealed that Fox Nation saw its number of subscribers increase by 40% between mid-February and May 2021.

Tweets by @forbesindia
Explainer: What to know about aphasia, Bruce Willis' diagnosis
Bruce Willis diagnosed with aphasia; will step away from career