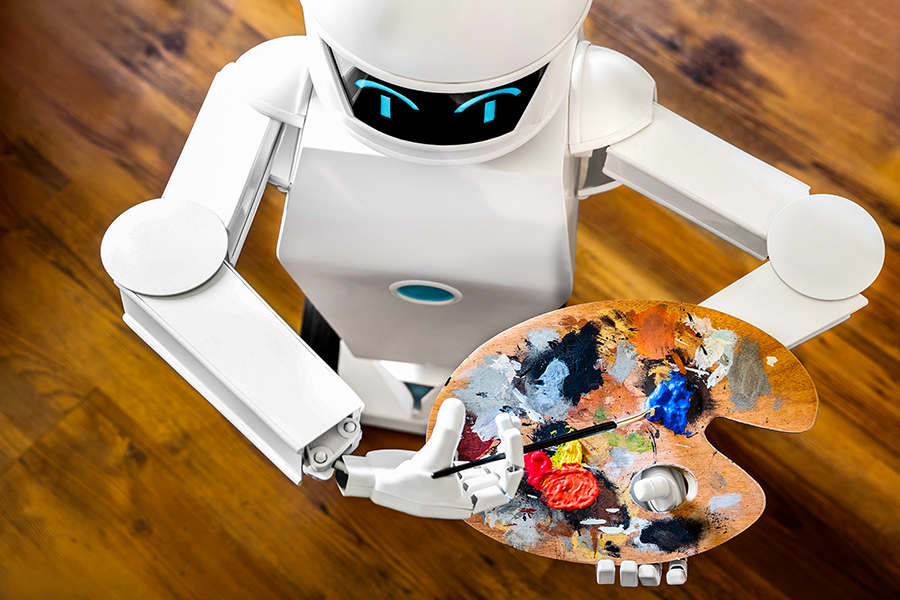 The concept of "creating machines" is nothing new. But the art market has recently become infatuated with works generated by artificial intelligence. One of them, entitled "Portrait of Edmond de Belamy," even sold for $432,500 at Christie's in 2018. This painting was created by a machine imitating human intelligence, which the French collective Obvious had trained using more than 15,000 portraits painted between the Middle Ages and the 20th century. But can we say that artificial intelligence is an artist in its own right? Not for the American authorities. The US Copyright Review Board recently ruled that a work of art must necessarily be the product of a human mind in order to be protected by copyright. This decision follows a request from Stephen L. Thaler, the president and CEO of Imagination Engines, Inc.

The scientist began administrative proceedings in 2018 to have copyright for "A Recent Entrance to Paradise" attributed to an artificial intelligence he invented. According to official documents, Stephen L. Thaler claims that the work "was autonomously created by a computer algorithm running on a machine," without any human intervention.

But the US Copyright Review Board has refused to assign the copyright of "A Recent Entrance to Paradise" to this artificial intelligence. The organization argues that this would violate the basic principles of copyright law, which state that all creations must be the product of a human mind. "Thaler must either provide evidence that the Work is the product of human authorship or convince the Office to depart from a century of copyright jurisprudence. He has done neither," reads the official decision. This case reopens the debate about the role of artificial intelligence in artistic creation. Deep learning allows machines to learn by themselves. The GANs (Generative Adversarial Networks) rely on a massive amount of data to generate new creations — a technique leaves some scientists wondering if this could be the key to providing machines with the very "human" quality of imagination. Researchers at the University of Southern California like to think so. They have been working for several years on an algorithm capable of designing new objects with different attributes. The scientists used the concept of "disentanglement" to allow the machine to generate novel images from numerous visual samples. The artificial intelligence uses the features it has observed in the various images analyzed to perform "controllable novel image synthesis," and thus create new never-before-seen compositions. The researchers say that this process of extrapolation comes closest to what is known as imagination, although there's still some way to go before the machine replaces the artist.

Tweets by @forbesindia
When the going gets tough, clock growth: ZestMoney's Priya Sharma
Cut 'all links' between Russia and global financial system: EU