When the going gets tough, clock growth: ZestMoney's Priya Sharma

Sharma is used to being the odd one out, the basketball player-cum-engineer-turned-CFO of buy now, pay later platform ZestMoney reckons. And she's using it as her strength 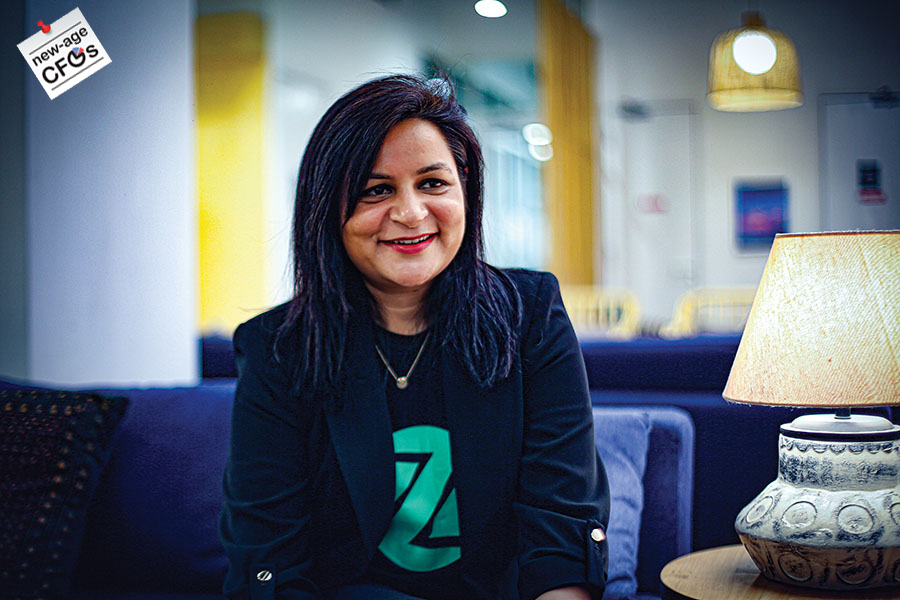 You just can’t afford to be penny wise and pound foolish: CFO, COO and co-founder, ZestMoney

Priya Sharma starts the conversation with an odd but right on-the-money insight. The easiest thing to do in the business of credit, reckons the first-time entrepreneur, is to clock growth. Hard to believe? “It’s simple. Keep lending. There is no dearth of demand,” smiles the chief financial officer (CFO) of ZestMoney, a ‘buy now, pay later’ (BNPL) platform. Though there can be a flurry of best-ever months, soon you might be sitting on a huge heap of losses. Scale is easy, business is tough.

For the 42-year-old investment banker, another tough ask is to make sense of valuation ‘insanity’. A bunch of Johnny-come-lately in the BNPL and fintech space have not only raised loads of money at heady valuations and galloped into the unicorn stable, but biggies like Amazon too are flirting with the credit play. Looks quite odd. Right?

The grad from London Business School, though, is not bothered by the loud noise. “Valuations are a bit overblown,” says Sharma, who started her career as a management and technology consultant with Sapient Corporation in 2001. With some corrections happening in the public markets, she lets on, it would be odd if private markets don’t follow suit.

There are a couple of more ‘odd’ elements in Sharma’s CV. Take, for instance, her educational background and professional role. Sharma has done her BTech in metallurgical engineering from IIT-Varanasi. Second, the CFO is not a chartered accountant. And lastly, she wears multiple hats at ZestMoney. “I am CFO, COO [chief operating officer] and co-founder,” beams Sharma, who is used to being the odd one out since her school days. A good part of her early education happened in schools where she was one of the few girls. Reason: Her dad worked as principal of the residential boys’ school, and Sharma happened to be one of the students. “It’s a difficult time for a girl, especially when she is growing up,” says Sharma, who kept on encountering challenges.

At times, challenges were of her own making. Take, for instance, her move to get into IIT. She never wanted to become an engineer. Coming from a family where, except her parents, most of the members were doctors meant little choice for the young girl. Her parents didn’t want her to pursue medicine and destiny took her to IIT-Kanpur. As a basketball player, Sharma used to visit the IIT campus and represented her school. Though she used to perform exceptionally well, the champion now wanted to score a maximum by cracking one of the toughest entrance examinations in India. “It was more about getting into IIT and less about becoming an engineer,” she says. 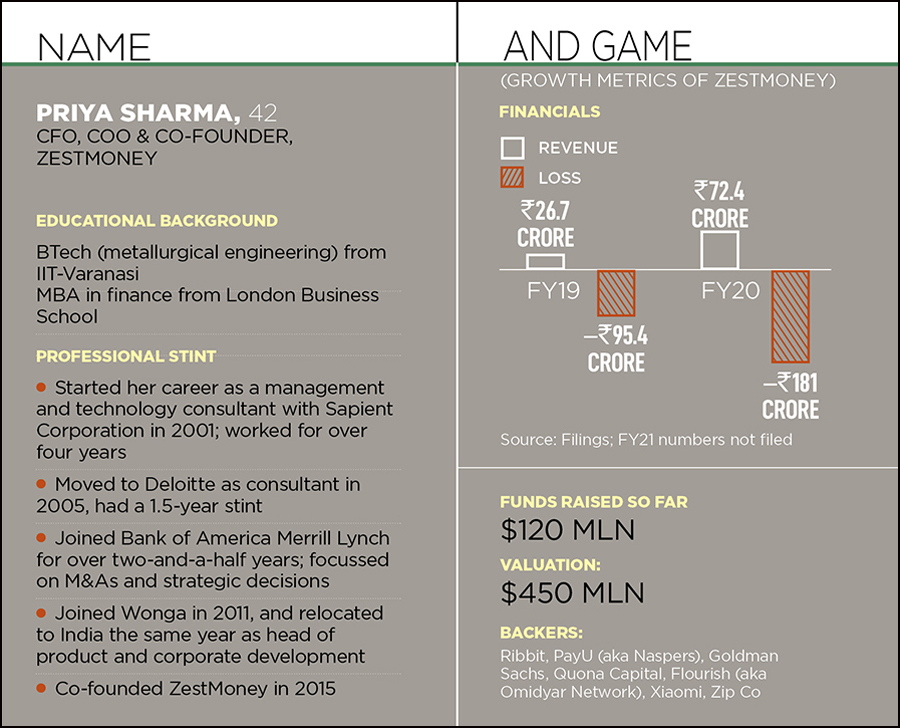 The next challenge came in 2001, when Sharma graduated. Clearly, an odd year to get a job in the tech market. Remember the dotcom bust? She eventually managed to join tech consulting firm Sapient, and started working on software development. After a few years, she realised it was an odd profession. Reason: She liked coding but didn’t want coding to be her life. There were many pluses though in her four-year stint, which included working in the US. The biggest was getting exposure to diversified projects, ranging from setting up and learning the nuances of ecommerce business to having a deep understanding of how technology was shaping businesses.

The next stop was Deloitte in New York. The tech consulting role pushed her deep into the business side of things, which included framing strategies, managing mergers and integrating technology. After a year of rigorous hustle came a realisation that the career needed a flip, and finance was her calling. “It was challenging. I didn’t know anything about finance,” she recounts. An MBA from London Business School landed her an internship at Merrill Lynch in 2007.

A year later, when Sharma was set to join Merrill Lynch as a full-time employee, the financial world was in turmoil because of the global economic slowdown. Merrill Lynch was bought over by Bank of America. “I had seen the 2001 bust and then mass layoffs,” she recalls. Sharma survived. Cracking financial models, understanding balance sheets, making revenue projections and appreciating the values of financial discipline, she toiled over the next two years to master all aspects of business and finance.

The grind, and the lessons learnt, helped in her entrepreneurial journey. As a CFO, she has not shown a tearing rush to raise money. Just $120 million raised in six years would look pony to what Slice has managed to do. The freshly-minted unicorn raised $20 million in June last year, and then came a beefy $220 million in November. Though the valuation reportedly jumped over five times, revenues remained stunted: From ₹34 crore in FY20 to ₹37.45 crore in FY21, according to data sourced from business intelligence platform Tofler. The loss for FY21 was a little under ₹9 crore.

In contrast, ZestMoney’s revenue stood at ₹72.4 crore in FY20, loss was at ₹181 crore, and the last reported valuation was $450 million. Though the co-founder in Sharma might be satisfied with the growth, how does the CFO look at the ballooning loss? Sharma contends the focus is long term.

“As a CFO, just looking at cost is not great,” she says. Though optimising costs is important, solving for revenue and growth is equally crucial. “Credit is a long-term play and short-term bets don’t work,” she says.

New-age CFOs, reckon industry veterans, are best placed to take on the mantle of a CEO. When an accounting mind combines with a strategic and growth attitude, you have a person best placed to run the company, says Dhruv Agarwala, group CEO at Housing.com, Makaan.com and Proptiger.com. Having a well-rounded background—stints in investment banking and consulting—gives the CFOs an edge over other candidates.

Sharma, for her part, reckons that as a CFO she can’t be penny wise and pound foolish. “That is the difference between a strategic and a non-strategic CFO,” she adds. If there is a possibility of growth in the future, one must not hesitate in taking a loss. Looks like BNPL has got a new meaning: Build now, profits later.

Tweets by @forbesindia
Do your own research: Crypto Wendy
Is artificial intelligence an artist like any other?