Pre-loved items are taking pride of place in wardrobes

Synonymous with sustainability, accessibility and exclusivity, second-hand clothes could even account for more than a quarter of the average second-hand shopper's wardrobe by next year 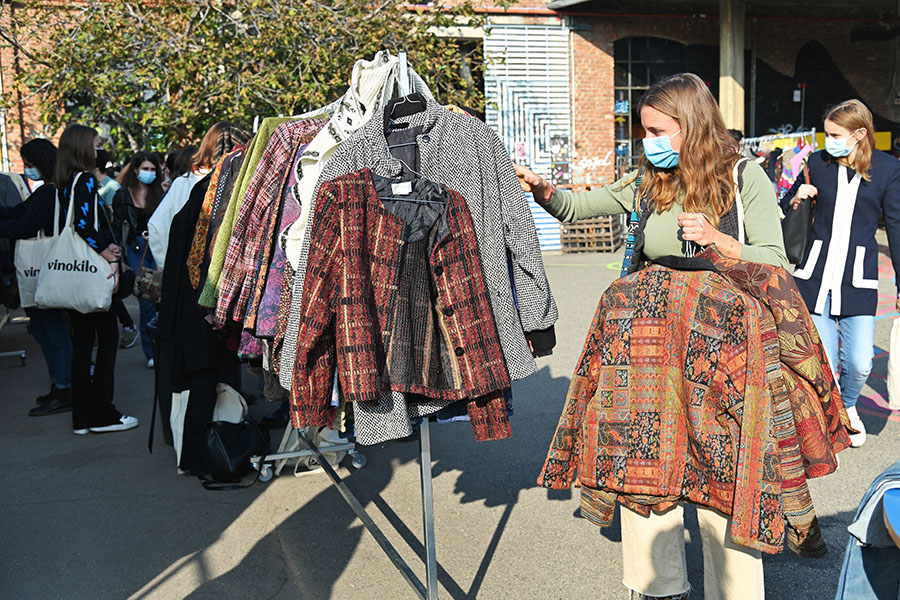 There's no way you can miss the rise of second-hand shopping. Not so popular just five years ago, pre-loved clothes are now snapped up like hotcakes, helping to redefine the shape of a changing industry. Synonymous with sustainability, accessibility and exclusivity, second-hand clothes could even account for more than a quarter of the average second-hand shopper's wardrobe by next year.

From new materials and new production methods to new practices, the fashion industry is trying by all means possible to reinvent itself to try to reduce its significant impact on the planet. Upcycling—making new things out of old, or from waste—seems to be a solution for the future of the sector, but it is still hard to know if it is really taking hold, unlike the trade in pre-loved clothes, which is clearly doing well and transforming consumers' buying habits all over the world. This is underscored by the latest report from the Boston Consulting Group (BCG) and Vestiaire Collective, which reveals the full potential of the second-hand market, which is still in its early days.

The report, which is based on global surveys of thousands of consumers, shows how the resale market has disrupted the public's buying behavior in just three years. Now worth an estimated $100 billion to $120 billion worldwide, the resale market for clothing, shoes and accessories has nearly tripled in size since 2020, according to figures provided by BCG. This growth is even faster than that predicted by Thredup in 2021, which predicted that the global second-hand market, then estimated to be worth $36 billion, would at least double in the next five years, reaching $77 billion.

The driving forces of price and sustainability

These staggering figures have not failed to arouse the curiosity of brands, from ready-to-wear stores to luxury giants, who are now ramping up programs for the resale and purchase of second-hand clothing, accessories, jewelry and shoes. Reflecting the public's enthusiasm for this future solution, BCG and Vestiaire Collective estimate that 25% of the average second-hand consumer's wardrobe is made up of second-hand clothes. There's no doubt about it: second-hand clothing is appealing to people all over the world, and could even be boosted in the near future by the cost of living crisis.

Half of those surveyed for this report identified affordability as the primary driver for buying second-hand clothing and accessories. While this purchasing criterion has been declining since 2020, in favor of eco-responsibility and sustainability (40%), it could be on the rise again in the face of declining purchasing power in most countries around the world. Indeed, the potential source of income generated by second-hand clothing appears to be the main motivation for resale, accounting for 60% of sales, combined with the need to free up closet space.

These criteria suggest that the second-hand market is far from having reached its full potential, especially since it is (largely) driven by the younger generations. Gen Z appears to be the most motivated to buy (31%) and resell (44%) pre-loved items, followed by Millennials. The only downside is counterfeiting, which could deter many consumers from buying second-hand. And that's something that needs to be taken seriously if this practice is to (truly) become part of the future of fashion.