Fewer street lights, use of more efficient LED lights, no more ice rinks, shorter opening hours... A look at how some markets are doing things differently 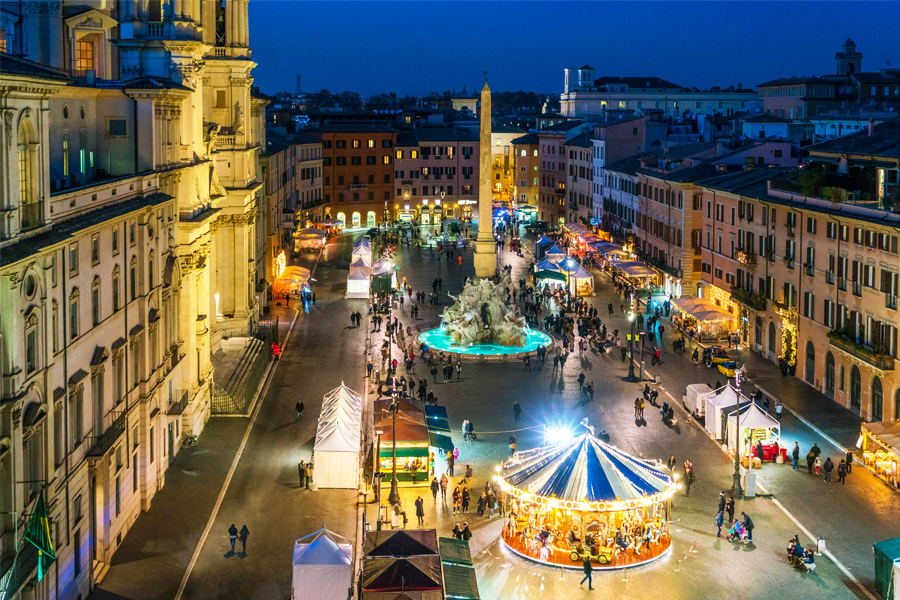 The season of Christmas markets has officially begun in Europe. But this year, many cities have chosen to shake up traditions in order to save energy. Fewer street lights, use of more efficient LED lights, no more ice rinks, shorter opening hours... A look at how some markets are doing things differently.

Germany, a country known for its "weihnachtsmärkte," is launching the Christmas market season in a spirit of "energy sobriety."  In Frankfurt, for example, there will be fewer lights and they will be turned off earlier in the night. Similarly, in Munich, the traditional illuminated garlands of the city will be replaced by a star-shaped decoration on the lampposts, which will only be switched on when the lanterns light up at dusk. Like its capital, all cities and municipalities in Bavaria will reduce the number of light decorations in pedestrian areas. Meanwhile the city of Wiesbaden is eschewing its ice rink for a plastic area that visitors can glide across in shoes, while Bad Neuenahr is looking to roller skates instead of ice skates.

Host to one of France's most famous Christmas markets, Strasbourg is aiming for a 10% reduction in electricity consumption this year by reducing the number of lights in the city. Another city in the country, Bordeaux, has decided to light up its decorations from December 9 to January 2, almost two weeks less in total than last year. The city already made headlines last year by swapping the city's natural tree for a "recycled and recyclable" glass and steel tree, created by designer Arnaud Lapierre; the tree will make its return this year from December 9.

Meanwhile over in the UK, London's famous Oxford Street Christmas lights, made up of 300,000 LED lights and in operation since the start of November, will also shine less brightly this year, as they will be turned off during the day. Indeed a host of cities in Europe including Paris, Brno, and Vienna are relying on more energy-efficient LED lights for thier illuminated decorations.

Tweets by @forbesindia
From landfill to wardrobe, how fashion is giving waste a new lease on life
How will US mid-term elections impact Indian markets and economy