The days of energy deregulation are over in Europe

After decades of promoting a free-market approach to the electricity and natural gas industries, European governments are taking back control of these vital functions, thanks to the Russian war 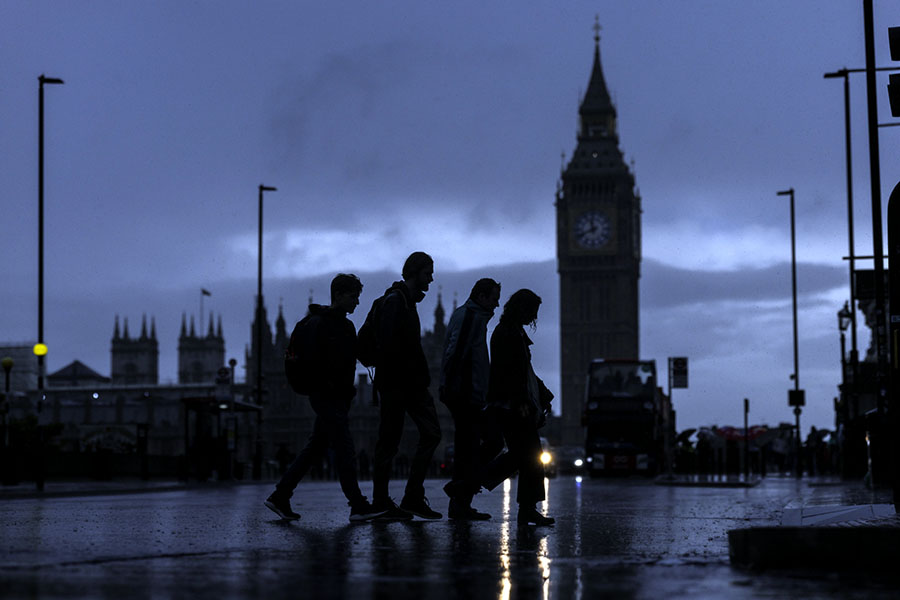 After decades of promoting a free-market approach to the electricity and natural gas industries, European governments are taking back control of these vital functions. Record-high energy prices, partly the result of Russia’s throttling of gas supplies, are prompting lawmakers to discard economic orthodoxy and undo years of painstaking deregulation.

Britain, perhaps the most market-oriented of the large European countries, is taking one of the biggest steps in this direction. Prime Minister Liz Truss, on her third day in office Thursday, announced a plan to, in effect, freeze energy bills for two years for consumers and six months for business.

The intervention, with an estimated cost to the government of as much as 150 billion pounds ($172 billion), would prevent household energy bills from rising about 80% next month, potentially slowing the country’s double-digit inflation rate. In recent years, Britain has had a regulated price cap on energy for households, but there is growing political consensus that it is not up to dealing with the extremes of current markets where prices for natural gas and electricity have reached several times their norms.

At the same time, the European Union has proposed a cap on Russian gas prices and negotiations with Norway, another large, but friendly, gas supplier. Because natural gas-fired power plants usually set electric power prices, Brussels wants to impose a tax on generators from nongas sources, such as wind and nuclear, whose operating costs are lower, and use that revenue to help people and companies struggling with energy costs.

“We are now confronted with astronomic electricity prices for households and companies, and with an enormous market volatility,” EU President Ursula von der Leyen said Wednesday.

Many other governments have intervened in the energy sector since Russia, for decades a main supplier of energy to the continent, recently began cutting supplies.Also read: Russia becomes China's biggest crude oil supplier as Europe cuts imports

France has placed heavy controls on electricity prices for consumers, despite soaring wholesale costs. The German government has extended a line of credit worth 9 billion euros (about $9 billion) to one of the country’s largest suppliers of gas, Uniper, which Berlin apparently deems too important to fail. The German government has also agreed to take a large equity stake in the Düsseldorf-based company, and announced a 65 billion euro aid package to help households keep warm during the approaching winter.

Gas and electricity delivery were once largely a function of governments across Europe, a role solidified during the rebuilding of economies after World War II, when growing populations called for planning and strict controls over scarce resources. But in time one government after another sought to liberalize these industries, much as they did with telephone services and broadcasting, theoretically spurring companies to compete to offer the cheapest electricity and gas to customers.

In recent years, European regulators have pushed for natural gas prices to be determined by trading on so-called hubs such as the TTF in the Netherlands rather than longer term, less transparent arrangements with suppliers such as Russia’s Gazprom or Norway’s Equinor.

That shift helped lower costs for consumers in recent years when gas was often cheap, but in a time of war it is suddenly exposing them to skyrocketing energy prices, raising questions about whether markets can be trusted to produce the right outcome.Also read: Rich countries must end oil and gas production by 2034: report

Jonathan Stern, the founder of the gas program at the Oxford Institute for Energy Research, said this crisis is going to “largely dismantle” the “liberalized or competitive market that took 30 years to create.”It is not hard to understand why governments are taking these steps. Europe is locked in a bitter battle with Russia’s President Vladimir Putin over Ukraine, and Putin has turned the energy markets into a proxy battlefield, choking natural gas supplies and helping to drive prices for that fuel and the electric power it generates to record levels. Consumer advocates are warning of dire hardship, “fuel poverty” and civil unrest this winter, while business groups say that without major intervention waves of bankruptcies may ensue.Some analysts say Russia’s constraining and manipulating of gas supplies has so distorted markets that governments had no choice but to take action.

“They actually managed to break the market — that is why this couldn’t go on,” said Henning Gloystein, a director at Eurasia Group, a political risk firm.Energy industry executives have warned that Russia’s conduct in the market has created volatility that could force companies to put up enormous amounts of cash as collateral to conduct normal trading activities. As a result, otherwise healthy companies could find themselves “reaching a completely impossible situation,” said Kristian Ruby, the secretary-general of Eurelectric, a trade group that represents electricity companies.Also read: Russia pockets $158 billion in energy exports after war: report

In a sign of dysfunction, Ruby said, trading volumes have fallen markedly in power markets. That “spells problems for the system if the markets are not liquid,” he said.

Ruby said that to avoid dire consequences, regulators should relax the rules that require cash or gold as collateral, and governments should provide credit lines to energy providers. The European Union suggested Wednesday that it was ready to take the latter step.Some experts such as Stern worry that once Europe goes far enough down the interventionist road, it will be hard to return. “There is a feeling that all of this is temporary, that once we solve the problem with Putin, it will go back to normal, but it won’t,” Stern said.

In addition, by subsidizing the energy bills of consumers and businesses, governments risk stimulating consumption of scarce power and gas, increasing the likelihood of blackouts and delaying the shift to renewable energy sources. High prices are the most effective tools to reduce demand, some analysts say.

On the other hand, Gloystein said the package the European Union was proposing looked like an important step to stabilize the situation.

The trauma that Europe has experienced over the last year in energy markets has accelerated discussion about changes that are needed to adequately encourage and regulate cleaner technologies such as wind, solar and hydrogen. It makes little sense, for instance, for the tariffs paid for wind and solar power to rise and fall in line with the price of natural gas.

The question, though, is whether Europe is heading toward a cumbersome, state-controlled system that might be a turnoff for investors.

“The challenge once this crisis is over is introducing something better,” Gloystein said.