As Russia tightens its chokehold on Europe's energy supplies, France is embarking on its biggest energy-conservation effort since the 1970s oil crisis—glass furnaces are idling, streetlamps and outdoor lighting is turned off; schools will use wood for heating 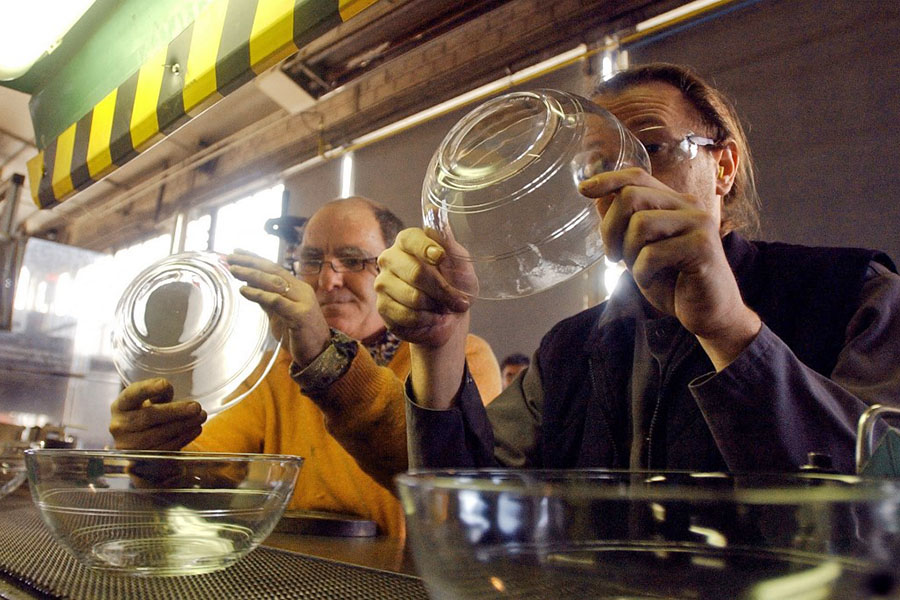 Duralex International's La Chapelle Saint-Mesmin factory - the maker of classic bistro wine and water glasses in France - announced last week that it would put its furnaces on standby for at least four months starting in November and place its 250 employees on furlough to save energy and cash. Image: Alain JOCARD / AFP

A factory making iconic French bistro glasses is idling its furnaces to offset soaring energy costs. Cities around France are turning off streetlamps and other outdoor lighting to curb electricity use. In Normandy, some schools will start heating classrooms by burning wood to conserve natural gas.As Russia tightens its chokehold on Europe’s energy supplies, France is embarking on its biggest energy-conservation effort since the 1970s oil crisis. President Emmanuel Macron’s government is calling on the French to prepare for a new era of energy “sobriety” to face down the threat of a hard winter, while reassuring households and businesses about the government’s ability to protect them.“We have been confronted with a series of crises, one more grave than the other,” Macron said in a televised speech to the nation late last month. “The picture that I’m painting is one of the end of abundance,” he added. “We have reached a tipping point.”

Tweets by @forbesindia
Will the festive season be bright for business?
Now hiring: Babies wanted for Japan nursing home