How will US mid-term elections impact Indian markets and economy

As Republicans win House and Democrats retain Senate, experts feel a divided government will not directly impact India, but some of the indirect effects will be felt through rising oil prices and spending cuts 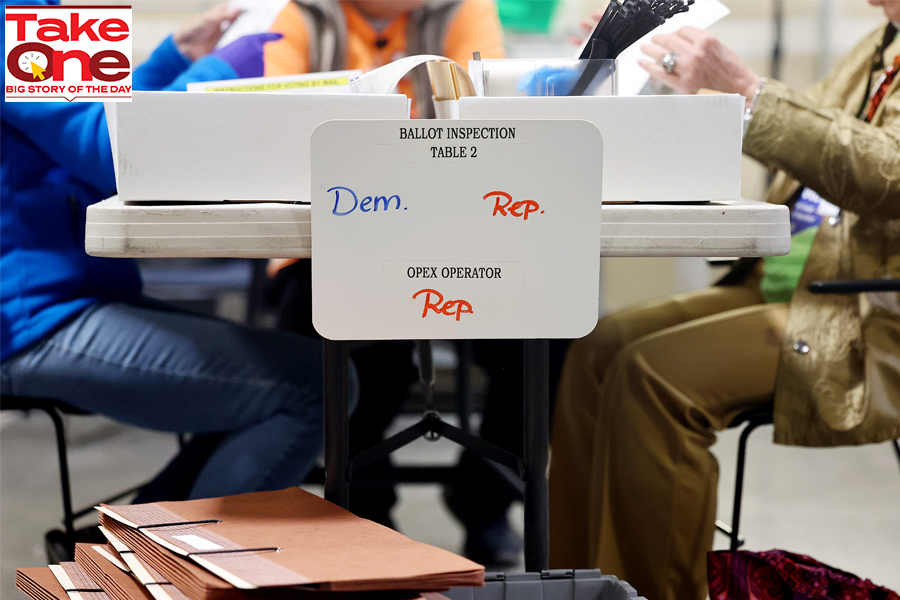 Even as the Republicans fell short of the expectations of the mighty ‘red wave’ in the US mid-term elections, capturing the House of Representatives with a thin majority, the markets are not disappointed.

According to experts, the US mid-term election results are not likely to have any meaningful impact on emerging markets like India. However, key issues like inflation, monetary policy normalisation, policies influencing economic growth, push for spending cuts and fiscal consolidation will remain central for market investors and economists. Analysts expect India to outperform developed markets despite the US Federal Reserve accelerated policy to hike rates to tame inflation.

Analysts feel that a Republican win in the mid-term US elections may be mildly positive for Indian equities. “Results show the expected ‘red wave’ has not materialised. Overall, a divided government is good for businesses since the current democratic government led by Biden will not be able to pass legislation for higher taxes on corporates while also being more restricted in increasing government spending, which would have otherwise led to higher inflation,” says Nishit Master, portfolio manager, Axis Securities PMS says.

On the flip side, Master believes a Republican-led House could potentially open an investigation on US President Joe Biden and his family over influence peddling, which might lead to obstruction in the legislative business. Overall, the election results are a mild positive for EMs, especially in India.

In the final results of the polls held on November 8, Republicans have regained control of the House with 218 seats as Democrats retain control of the Senate. All 435 seats in the US House of Representatives went for polls, as were 35 US Senate seats and 36 governorships.

Manishi Raychaudhuri, Asia-Pacific head, equity research and Asian equity strategist, BNP Paribas, feels his bullish stance on Indian equities will not be deterred by the US mid-term election results.

Raychaudhuri maintains an overweight rating on India. “We think India is likely to underperform only when North Asia rerates. However, given the recessionary concerns in developed economies and the policy uncertainties in China, we believe that outcome seems unlikely in the near-term,” he adds.

“The election results in the US would most likely lead to less spending by the government and thus is less inflationary for the global economy except for the impact of possibly higher crude prices due to the lack of supply from the US strategic reserve. We thus believe that the results are mildly positive for the markets,” Master adds. 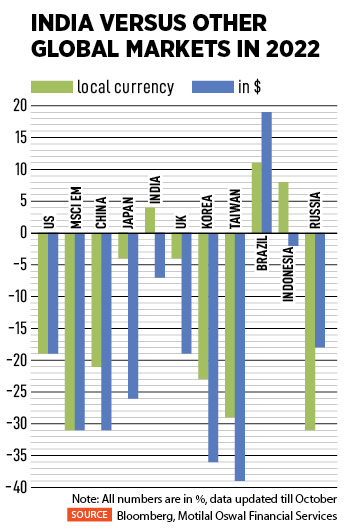 The Indian rupee, and other emerging market currencies, have been on a slippery slope for the past few months due to a strong US dollar index, which has been pumped up by aggressive tightening by the US Federal Reserve to tame inflation despite growing signs of an impending recession.

In 2022, so far, major currencies such as the pound, euro, and yen have also significantly weakened against the dollar: The yen has dropped 22 percent, the pound 14.68 percent, and the euro 12.63 percent. In contrast, the dollar index has been getting strong. This year, it has gained 16 percent, while it jumped 7 percent in the previous year, after a fall of 7.3 percent in 2020.

Sachchidanand Shukla, chief economist, Mahindra & Mahindra, feels the US is likely to pursue growth-oriented policies and a slightly dovish monetary policy in the coming year, which should ease the pressure on currency and help stabilise cost of funds. “The Reserve Bank of India will weigh in the impact of the US mid-term results but its rate decision and its growth-inflation prognosis may not undergo any major change owing to the US electoral outcome,” Shukla adds.

The RBI has hiked interest rates by 190 basis points since May. India’s retail inflation dropped to 6.77 percent in October from 7.41 percent in previous month, data released on Tuesday showed. However, it continues to remain above the RBI’s comfort level for the 10th consecutive month. The Consumer Price Index (CPI) based retail inflation has remained above the 6 percent target since January.

The issues that drive the Indian economy are largely more domestic in nature and as long as demand holds, says Manish Jain, fund manager, Coffee Can PMS, Ambit Asset Management, expecting Indian markets to continue to perform. “In that respect, we would expect FII/FPI flows to be strong in the coming year,” Jain adds. Hence, in that light, Jain does not expect any meaningful impact on the Indian market from the US midterm election results.

Also read: How China has dragged down investor returns over the past decade 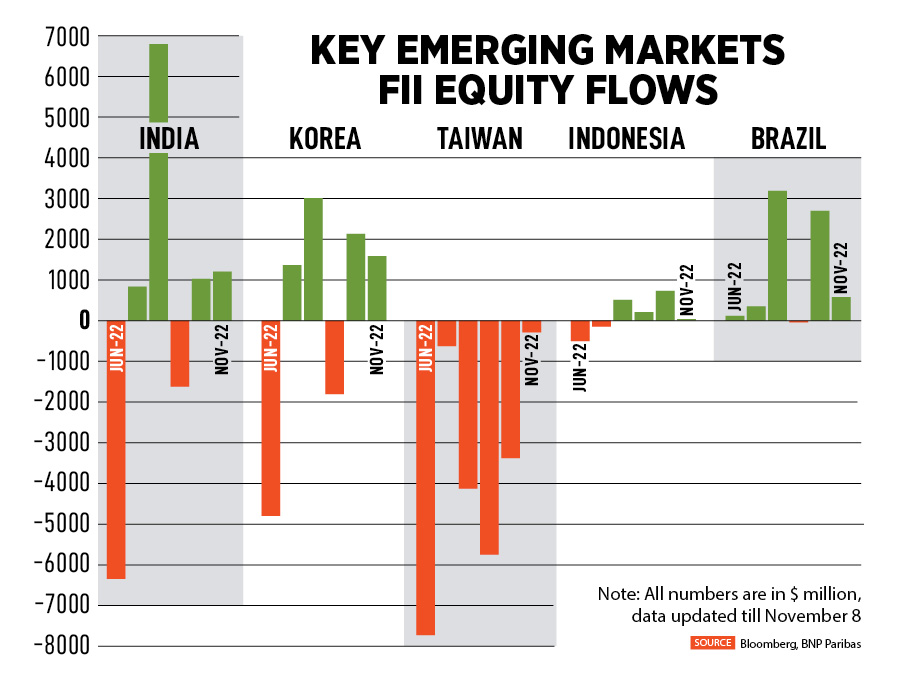 Key issues markets will watch out

Analysts at Japanese brokerage firm Nomura see the US mid-term elections to underscore the shift from fiscal tailwinds to headwinds. Nomura expects a US recession to start in fourth quarter of 2022, but increasingly entrenched inflation will likely result in continued Fed tightening through May before cuts in third quarter of 2023. “Markets appear to remain too sanguine about the risk of an even higher terminal rate and recession,” it says.

Others concur. Master feels that the inflation trajectory globally along with the central bank’s actions to control it will be a key issue for equities worldwide, including India, soon. There is also a high probability that the US will now not release crude oil from its strategic petroleum reserves or start filling it back, which can lead to high crude prices globally and can be negative for the rupee and Indian markets in short term.

Jain also agrees that Indian government actions like direct tax rationalisation, indirect tax reforms, consistent capex and emphasis on manufacturing sector push have ensured that India continues to have a lion's share of the global growth. He adds that while India may not be completely decoupled, the global slowdown will have a minimal impact on gross domestic product (GDP) growth.

Export-oriented sectors like IT and Pharma may see some growth slowdown due to developed markets recession, but we believe that is now built into the price and it’s now time to look at these sectors constructively with a two-three-year timeframe, feels Jain.

Master believes that the expected global recession will hurt both tech and pharma demand, going ahead. “We believe that the price erosion for generic pharma supplied to the US will remain high, putting pressure on Indian pharma companies supplying to the US. For IT, we believe that there is a high probability that the discretionary spending by US corporations might get postponed due to near-term profitability pressures, leading to slower growth for Indian IT companies,” he says.

Tweets by @forbesindia
This year, Europe's Christmas markets look to balance shine and energy savings
Photo of the day: Fight for climate, job, and justice