Tinder, Bumble, Happn or Grindr, dating apps are getting political in Brazil

The electoral decision Brazilians face is so divisive that the political filter on dating apps is "the most used by Brazilians," said Javier Tuiran, communications director for Bumble in Latin America 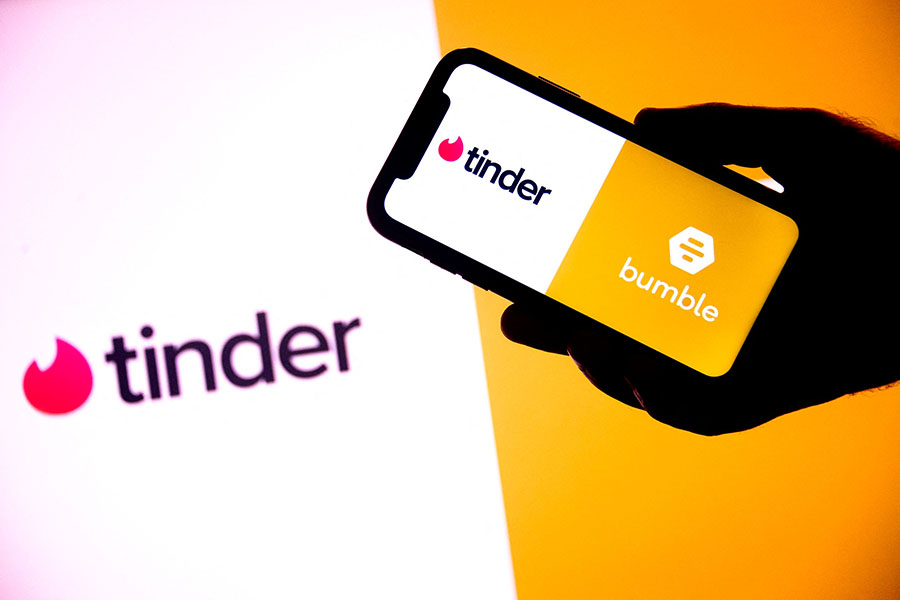 The law of physics that opposites attract is not always the case on dating apps such as Tinder, Bumble, Happn and Grindr—certainly not in Brazil's highly polarized dating world. Image: Mauro Pimentel / AFP

In Brazil, supporting the right presidential candidate may actually get you a hot date. "Please tell me that you aren't a leftist, you are too pretty to be one," Vivian read in one message she received on the dating app Tinder.

But Vivian supports Luiz Inacio Lula da Silva, a leftist who is one of two politicians facing off in a presidential runoff vote on October 30. So no match occurred, a sign of how politics has seeped into intimate everyday realms.

Indeed, the law of physics that opposites attract is not always the case on dating apps such as Tinder, Bumble, Happn and Grindr—certainly not in Brazil's highly polarized dating world.

"I am a leftist (and) I will ask who you vote for. It's important that we think alike," warns Gabriela S., a 25-year-old psychologist in Sao Paulo, on her Bumble profile. She asked to keep her surname private.

"It makes no sense for me to connect with people on the right," said Gabriela, who added that she wouldn't even enjoy a beer with someone who holds racist views or contempt for the LBGTQ community.

Supporters of President Jair Bolsonaro, a far-right retired military officer who took office in 2019, have carved out their own space on social media to look for romance.

A Facebook group page called Bolsoteiros, a wordplay that combines "Bolsonaro" with "singles," has 6,700 members.

"The left defends all that we disapprove of," 46-year-old Elaine Souza, a social worker, writes on the page she founded in 2019. But self-selected followers of her group "are halfway to finding a partner."

The electoral decision Brazilians face is so divisive that the political filter on dating apps is "the most used by Brazilians," said Javier Tuiran, communications director for Bumble in Latin America.

Use of the filter "rose in the months before" the first round of presidential elections on October 2, in which Lula won 48 percent of votes and Bolsonaro garnered 43 percent, Tuiran said.

We can work things out

"I only (accept) those who won't vote for Bolsonaro... Everyone else, we can work things out," the Tinder profile for 37-year-old Rafael says.

Sorting out political differences can avert getting a relationship off on the wrong foot.

Psychologist Ailton Amelio da Silva said that "some differences can be complementary, but they generate incompatibility when they are important, as many feel about politics now" in Brazil.

Jose Mauro Nunes, who has a doctorate in psychology and is a marketing professor at the Getulio Vargas Foundation, said polarization in Brazil has inflamed "tribal" identities and created bubbles on social media where individuals prefer those who have similar ideologies.

Some dating apps see marketing potential in catering only to one side of the political spectrum, such as Lefty.

"Finding a companion is hard enough. Not having this (political) incompatibility is a big help for a lot of people," said Alex Felipelli, president of Similar Souls, owner of the Lefty app, which has 15,000 users.

Another example is PTinder, an Instagram account with 26,100 followers that "seeks to generate interactions, including with singles announcements, among opponents of Bolsonaro," said its creator, Maria Goretti.

The 38-year-old lawyer said she took inspiration from "the fear of friends of meeting someone, and then after an incredible night realizing the next morning that (the person) is nostalgic for dictatorship or has other Bolsonaro-like ideas."

Tweets by @forbesindia
Asian chipmakers plunge after US unveils China export controls
FIFA World Cup 2022: From Ronaldo and Messi to Courtois and Heung-min, here are the players you must watch out for