The governing body of European football is capitalising on the metaverse craze to help make the sport accessible to all, and encourage millions of girls and boys to be more active by swapping their sneakers for cleats 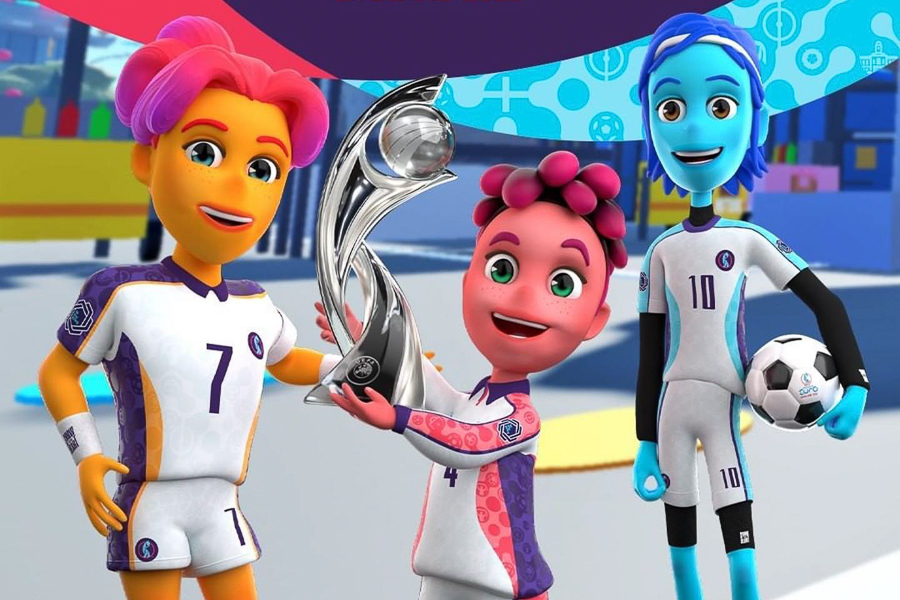 The three mascots presented by UEFA will star in the metaverse. Image: UEFA / Instagram

With almost 100 days to go before the Women's Euro 2022 tournament kicks off, UEFA has unveiled the three mascots that will be joining soccer fans in England from July 6 to 31, while also having fun alongside younger fans in Roblox. The governing body of European soccer is capitalizing on the metaverse craze to help make the sport accessible to all, and encourage millions of girls and boys to be more active by swapping their sneakers for cleats.

UEFA is entering the Roblox metaverse to promote the Women's Euro 2022, which will be held—after a year's delay—throughout July. This virtual world will allow UEFA to showcase its three new mascots and to raise awareness of the game among youngsters—this time in the physical world. The Hat Trick team consists of Kai, Robyn and Ashley, three mascots with their own distinct personalities, who will be among the stars of 'The Road to the Women's Euro' game on the digital platform popular with children and teenagers.

The three mascots will train alongside users' avatars to introduce them to the game, and there will be a number of soccer-related challenges. The team will also star in a skills challenge and an educational series on YouTube alongside some of the most popular players in European soccer. Spain's Alexia Putellas, winner of the Women's Ballon d'Or, will support the initiative, as will Vivianne Miedema from the Netherlands and Lucy Bronze from the UK. In total, 12 female soccer players will be involved in the initiative.

"Europe's next top players are out there right now, and the UEFA's Women's Euro mascot campaign could be the initiative that inspires them to fall in love with the game," said Alexia Putellas. "It's been brilliant to play a role in encouraging children to be active. We want to ensure that everybody, everywhere has the opportunity to play football, so it's exciting that this initiative is being rolled out in schools across Europe."

This educational series will also be central to UEFA's Football in Schools program, while the three mascots' campaign forms part of UEFA's Time for Action strategy for women's soccer, which aims to double girls' and women's participation in football by 2024.

Guy-Laurent Epstein, UEFA marketing director, added: "The UEFA Women's Euro promises to be a record-breaking tournament. It has the potential to inspire millions of girls and boys to play football, so it is important for us to take the tournament to the platforms and spaces they occupy. We hope our new gaming experience will capture the imagination of children and get them to interact with football and UEFA Women's Euro in a way that we have never explored before."

Tweets by @forbesindia
WazirX co-founders shifting base to Dubai
Photo of the day: World Cannabis Day