The untold story of 'Swiggy Aunty'

She knew her husband was 'cheating,' and for the last three years, she has been trying to catch him red-handed. This IPL, she finally does it. What happens next? 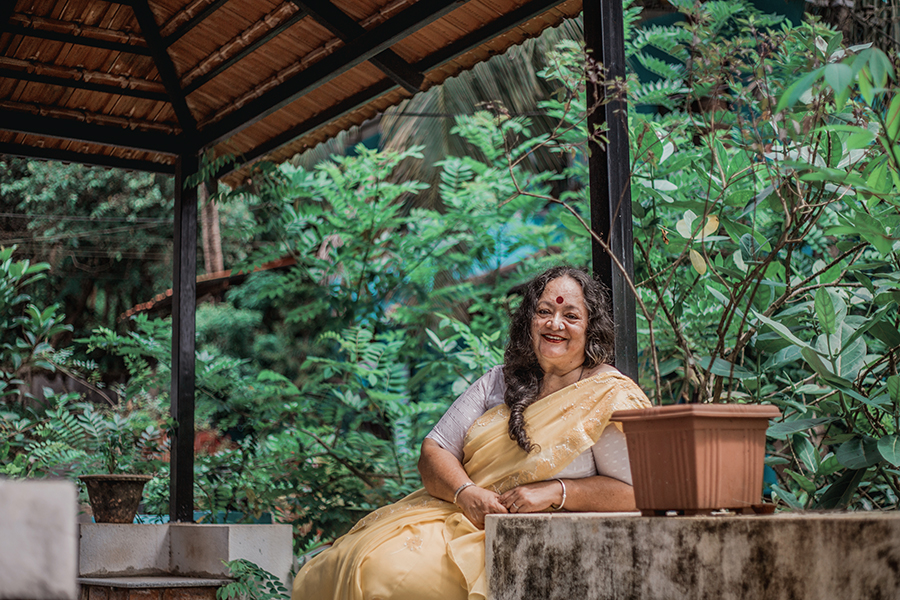 It all started with a gulab jamun and a stern glance in 2018. She knew her husband had a poor track record in fair play. The old man, interestingly, would always outsmart his wife by stealing a sweet run. And whenever he was caught on the wrong foot, he somehow managed to wriggle out. The cat and mouse game continued for two years. Both didn’t talk—not even a single word—she stayed flinty, making her one of the most terrifying wives in town; he remained docile, his innocent smile bringing him sympathy during the IPL (Indian Premier League). Cut to September 2020. The wife finally catches him in a ‘compromising’ position—eating gulab jamun. He tries to bowl a doosra. “Ek crore logon ne bhi toh order liya hai Swiggy se (one crore people have also ordered from Swiggy),” he makes a passionate plea by offering her some sweets, hoping for mercy. The menacing look on her face turns into a warm smile. Yes, though she smiles for the first time in three years, she doesn’t utter a word. Meet Swiggy aunty: Padmashree Josalkar, who has captivated viewers over the last three years with her intense look and now, endearing smile. “Swiggy has given me a lot of visibility,” she laughs. “At times, though, it is embarrassing.”

Back in 2018, right after her first Swiggy commercial aired on TV, in one of the departmental stores, Josalkar was confronted by a man with innocuous question: Madam, can you please tell me where I can find good quality gulab jamun? After a few seconds she realised the man was alluding to her role in the advertisement. She smiled. “People ask for selfies, it’s embarrassing,” she says. In spite of being a third-generation actor, fame is not what Josalkar is used to. A theatre educationist, artist, designer and director, Josalkar began acting at the age of 4. Theatre runs in her blood. Her grandfather, Gubbi Veeranna, was a legendary name in Kannada theatre, and started a touring theatre group. When Josalkar was 6, she recalls, she got hurt in one of the performances on the stage as part of the stage had collapsed. But the brave girl was soon back on stage with a bandage and completed her role.  While she won praise from her grandfather and accolades from spectators, her mother got worried. The young girl was sent to Bengaluru to stay with her maternal uncle. The idea was to keep her away from theatre and let her focus on education. As destiny would have it, her uncle too was into theatre, part of Asian Theatre Institute, the earlier avatar of National School of Drama. Both education and acting went side by side. Josalkar acted in over 20 films from the age of 6, and worked with stalwarts including BR Pantalu, Puttanna Kanagal and Balu Mahindra. Before she turned 21, she had already worked in over 15 amateur productions under biggies such as BV Karanth, Shankar Nag, B Jayashree, Nagabharan and CR Simha. “I am a combination of my maternal and paternal family,” she smiles. While her maternal family is elated that she continued with theatre, the paternal side is delighted that the young girl didn’t give up on education. After graduating from college, Josalkar joined the National School of Drama in 1981 and specialised in production. That’s how she got initiated into the world of the Hindi language, and acted in productions including Mahabhoj, Kath ki Gadi and Kabhi na Chodhe Khet. In 1985, she became a theatre craft teacher and joined Sardar Patel Vidyalaya in New Delhi. Academics and teaching theatre became her life. In 1987, she joined the School of Drama at Kala Academy in Goa as senior lecturer. After a decade, she became director and continued with Kala Academy till 2018. “Swiggy happened after I retired that year,” she recalls. In spite of being a seasoned actor, Josalkar was nervous in her first commercial, but the advertisement was an instant hit. NSD veteran Naresh Gosain played the role of Swiggy uncle, her on-screen husband, who hogged the limelight with his sweet theatrics. However, in the latest advertisement for the online food ordering startup, it is Josalkar who wins hearts with a smile.  What next for ‘Swiggy aunty’? “More commercials,” says Josalkar, who has also shot an advertisement for a mutual fund. Theatre, she says, has changed, leaving her more time for commercials. “We used to perform in theatre thinking that there is no life beyond it,” she recalls. “Now, anybody acting in theatre thinks that the goal is to go to Mumbai and Bollywood. This is not the right approach,” she says, quickly adding that for the right kind of talent to survive, theatre needs money. The show, however, will go on, and Swiggy aunty will keep getting quizzed for gulab jamuns and motichur laddus. And she is not complaining. She is smiling.

Tweets by @forbes_india
How two young scientists built a $250 million business—out of waste
What happens when COVID-19 meets toxic air? India is about to find out