A mechanical engineer from Delhi who has been acting in theatre, TV serials and movies for 30 years, Naresh Gosain has finally tasted fame—and got a new name too 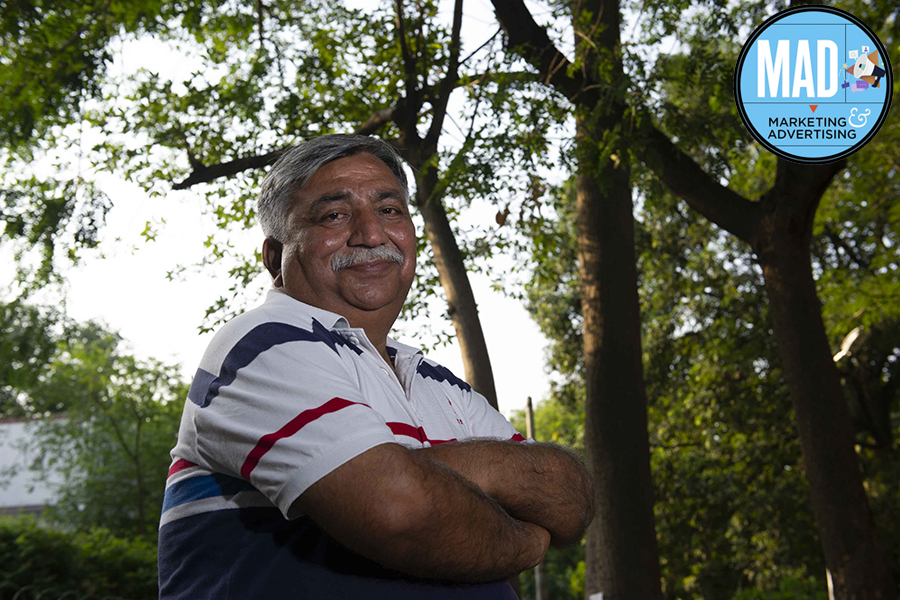 It was 1988. Shah Rukh Khan had bagged his first-ever TV project, directed by the legendary Lekh Tandon. Dil Dariya, which became a hit on Doordarshan three decades ago, was delayed, and Khan went on to appear first in a TV show called Fauji; however, when it did air, it showed a glimpse of Bollywood’s future superstar’s acting prowess. The next year, Khan played protagonist in Doosra Kewal, by the same director, which also faced delays. Apart from having the same actor, director, and the same fate—both shows were popular, got wide critical acclaim, and got Khan applauded for his stellar acting—there was another thing in common: Naresh Gosain. A mechanical engineer from Delhi, Gosain also made his professional acting debut by bagging piffling roles in Doosra Keval and Dil Dariya. As expected, Gosain, then 28, remained out of the frame. The directors didn’t have any opinion about his acting, producers had no clue about the aspiring actor, and the audience barely noticed him in the two serials where he made fleeting appearances. Cut to 2008. The Dibakar Banerjee-directed film, Oye Lucky! Lucky Oye! hit screens. The Abhay Deol and Paresh Rawal-starrer won hearts as well as positive critic reviews. What, however, went unnoticed was a ‘man with transistor’—the role played by Gosain. Over the next few years, the theatre artist, who started acting in a Ramlila—a dramatic folk re-enactment of the life of Lord Rama—along with his father in 1972, went on to grab many inconsequential roles. He played Inspector Bhagwat in Subhash Ghai’s Kaanchi; ‘Drunk guy on highway’ in another blockbuster, NH10; ‘groom’s uncle’ in the web series Mirzapur. Lady luck was yet to smile on the man who has been struggling for his moment of fame. Fast forward to 2018. After three decades of acting in theatre, on television and in movies, Gosain bagged a role in a 15-second TV commercial. There was no dialogue for him, and no hefty star cast. He just had to flash a smile, holding a gulab jamun. But what mattered most was not his grin—Lady Luck, finally, did smile on him. Swiggy Uncle—that’s how Gosain began to be known after the success of the commercial by food aggregator Swiggy—became the talk of the town. This year, Swiggy brought back Gosain in another ad, this time, with a ladoo. “What 15 seconds of the Swiggy ad did for me is something that even 30 years of acting couldn’t,” says Gosain, flashing that now-famous smile.   A household face
On a sweltering Wednesday afternoon, Gosain is sitting under a tree outside the Shri Ram Centre for Performing Arts in Delhi. Dressed in light blue jeans and a casual blue-and-white T-shirt, the pot-bellied actor is busy checking WhatsApp messages. Suddenly, a bunch of college students surround him. “Look, there’s Swiggy Uncle,” they say excitedly. “Can we take a selfie with you?” “Can you please smile for us?” A few young aspiring actors, loitering at Safdar Hashmi Marg, spot him, and come forward to touch his feet. “Sirji, thoda hamaein bhi acting sikha do (Sir, please teach us some acting too), says Umesh, a 21-year-old who has been taking acting classes at Shri Ram Centre. Gosain, 58, smiles.    Swiggy has not only given Gosain his moment of fame, but has also opened endorsement floodgates for him. With Bisleri, Surf Excel, Lux Cozi, Goldiee Masale, Netmeds, Crax, Tata Tiago, Dr Fixit…the brand deals for ‘Swiggy Uncle’ get sweeter by the day. In fact, he has been offered a role the upcoming Housefull 4 too. “It’s better late than never,” Gosain smiles, adding that he was offered a role in a Goldiee Masale spot and asked to flash that signature smile. The brand has ambassadors including Salman Khan.   The power of a smile
Basking in the fame that the Swiggy commercial has brought, Gosain reflects on his life. My dialogues, in movies, serials and theatre always fell on deaf ears, he quips poignantly. “Finally, it was my smile that did the magic,” he says, highlighting the irony. In fact, the smile, and his optimistic nature, is what helped him tide over his struggle period as an actor, for more than 30 years. His father, a stenographer in the central government, trashed him for wanting to be an actor in 1982, despite studying mechanical engineering. The portly actor kept his passion alive by playing Kumbhakarna in the Ramlila. When he took a leap of faith in 2000 by deciding to pursue acting as a full-time profession, against the wishes of his wife and kids, Gosain says he did it with a smile on his face. “I am a shameless optimist,” he says. “It’s important to have luck, and I knew it would come to me one day. People will get to know your talent only when you get a chance to show it to them,” Gosain smiles. Suddenly his attention gets diverted as a 10-year-old spots Gosain. “Swiggy Uncle” the kid shouts, as he buys an ice cream from a cart parked next to the tree where Gosain is sitting. The ‘uncle’ acknowledges him. The ice cream vendor looks bemused. “Is the old man a star?” he asks. “He is Swiggy Uncle,” the child replies.


Show More
Thank you for your comment, we value your opinion and the time you took to write to us!
Comments 9

Tweets by @forbes_india
Kamala Harris announces plan to close the gender pay gap
Life after Game of Thrones: What's next for fandom in 2019?